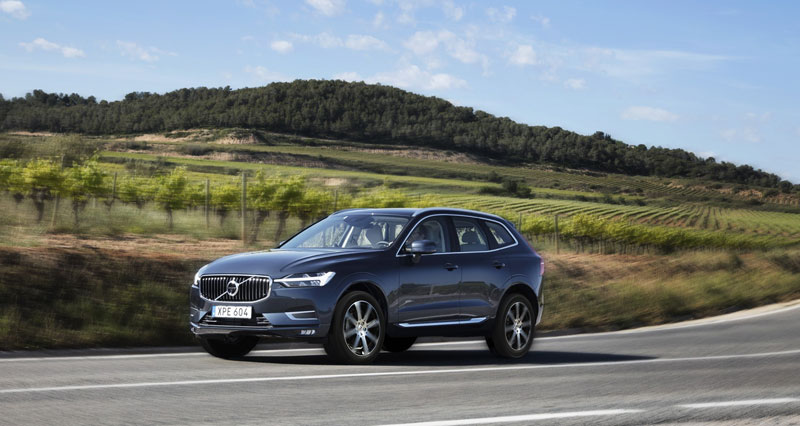 Practically all automakers and suppliers are now seeking to decouple hardware from software in the process of producing modern vehicles. In their vision of the future, no longer will software be crammed into a vehicle at the end of production. Instead, software will come first, such that it may even lead the development cycle.

This change in tack means that current electrical/electronic (E/E) architectures may soon no longer be fit for purpose. A desire to enable software-driven functions, especially over-the-air (OTA) updates, as well as broader connected, autonomous, shared and electric (CASE) mobility products will necessitate an internal rejig.

Each OEM’s final E/E architecture design will differ slightly, but broadly speaking almost all are moving from vast arrays of domain-orientated embedded control units (ECUs)—a modern vehicle can contain 100 or more such ECUs—to switch to a simpler centralised system. In this latter scenario, vehicles will instead lean on a handful of high-performance computers for their computing power and keep ECU usage and installation to a minimum.

ECUs will remain important, however. These discrete ‘mini computers’ control anything from the door locks and lights to parts of the powertrain. They will also still be needed to support new features such as advanced driver assistance systems as well as more sophisticated autonomous driving systems. However, with more ECUs comes greater complexity, more cost and added weight. Wireless zonal architectures are seen as a means to simplify matters.

Making this transition will unlock several benefits in terms of software development. Volkswagen, for example, is one of many automakers to realise that control of the software stack could be crucial in the next era of vehicle connectivity and it has pulled its software capacity into one operation. This news followed reports in 2020 that the first 10,000 vehicles built on VW’s MEB platform suffered from “massive software architecture problems,” as reported by engineering.com. Internal sources told the publication that these initial software architectures had been developed “too quickly” meaning several parts of the system proved incompatible in operation.

Suppliers see the need to adapt too. For instance, Bosch has combined its vehicle electronics and software solutions departments, with board member Harald Kroeger stating: “Software will play a crucial part in determining a vehicle’s features and feel in the future. It will help make cars ever more intelligent, and provide drivers with a tangible benefit.”

Automakers also stand to gain from the ability to enact frequent OTA updates, which could bring substantial improvements to vehicle features remotely and help avoid costly and potentially reputationally damaging recalls. An OTA update cannot fix every problem with a vehicle, of course, but research suggests there are significant savings to be made. For example, a software issue forced Volvo to recall some 750,000 vehicles in March 2020 over concerns with the automatic emergency braking system. Theoretically, an OTA update could have prevented this mass recall effort.

This architectural transformation will also enable automakers to access ever richer pools of data. More efficient E/E architectures can help to collect data from telemetry or sensors, which can be fed back to automakers to continuously evaluate and improve features. In the commercial vehicles segment, truckmakers are already using this data to improve productivity.

OEMs can also enjoy specific practical savings. Opting for a centralised zonal architecture will allow players to significantly reduce the number of ECUs in their vehicles. Bosch projects it could use up to 20% fewer ECUs and save up to 10% in costs through material and hardware savings in this context. The amount of wiring required can also be reduced; semiconductor producer Microchip estimates that current domain orientated architectures can feature as much as 5km of wiring. Such gains will improve the final production cost of the vehicle and also help save weight, a particularly valuable benefit given weight’s impact on electric vehicle (EV) battery range.

Though these architectures could theoretically mean less business for those producing products such as wiring harnesses or ECUs, the irony is that they could thrive in a zonal architecture dominated industry. For example, research from McKinsey published in 2020 suggests that the transition to electrified mobility will ramp up demand for high voltage (HV) harnesses as developers move to ensure components such as batteries, chargers and e-motors have sufficient electrical power. “The overall HV harness market is expected to grow significantly driven by increasing EV penetration,” the report added.

It’s also worth noting that by reducing the number of ECUs required, in the short term automakers could also diminish the impact of the chip shortage on their production efforts. Though the shortage is not expected to last forever—Andrew Palmer, Chief Executive of Ashok Leyland subsidiary Switch Mobility, recently suggested the shortage could last until at least 2023—the transition also offers the opportunity to reduce reliance on global supply chains, the fragility of which has been highlighted throughout the pandemic and in the aftermath of the blocking of the Suez Canal.

Such fundamental change cannot happen overnight, and some industry insiders say many automakers aren’t quite ready for the transformation that is about to take place. But many are already ramping up capacity; in the medium term some automakers are already adopting a hybrid approach, fusing elements of new E/E architectures with existing systems.

Software will play a crucial part in determining a vehicle’s features and feel in the future. It will help make cars ever more intelligent, and provide drivers with a tangible benefit

There are also key considerations to be made. For instance, rejigged E/E architectures will have a vast amount of software code, offering hackers more potential attack vectors to exploit. Though developers stress they are up to the task, no vehicle will ever be completely free of vulnerability and privacy and security concerns remain a top priority.

There is also the issue of a lack of innate industry expertise in this emerging field. The transition has spurred a hiring spree as automakers and suppliers scramble to bring in the required software talent. Speaking in September at the 2021 Mackinac Policy Conference in Michigan, General Motors President, Mark Reuss, advised that the company had taken on more recruits in the first half of 2021 than it did across the entirety of 2020. He noted that the move to software-driven vehicle architectures was drawing in both “younger people and experienced people.” In November 2020, the company had announced plans to onboard some 3,000 software engineers to support the next generation of electric, autonomous and connected vehicles.

Similar moves to bring in talented software developers can be seen across most of the industry’s big-name manufacturers and Tier 1s. For instance, Bosch’s pooling efforts will see one division of 17,000 employees formed. “Even now, a vehicle contains some 100 million lines of software code,” said Kroeger in 2020. “Only a company with wide-ranging electronics and software expertise will be in a position to shape the future of mobility.” This trend is unlikely to abate, and the automotive industry will compete with many other sectors undergoing similar transformations.

UK car market down 34.4% in September