Which Are The Things You Need to Know Before You Get Into a Self-Driving Car? 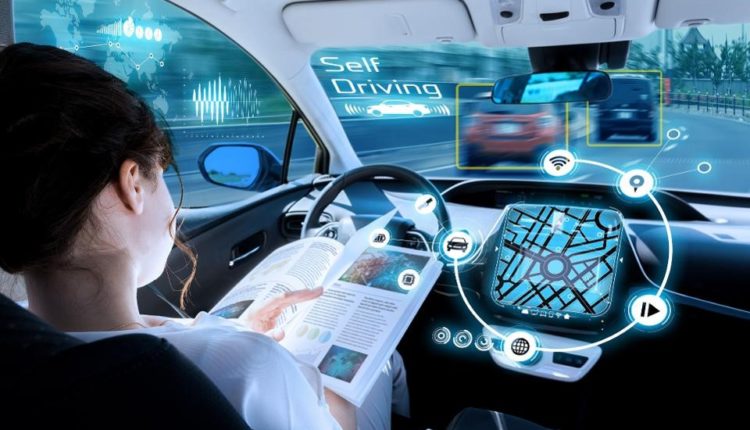 Self-driving cars need minimum, or no human intervention to perform all functions needed for a safe drive. They operate on radar technology, sensors and high resolution cameras for internal map design, making it possible for real time autonomous navigation.

Automated driving is highly integrated with cab booking system for self-driving taxi services in major cities. Great companies like Apple, Uber, Nissan and other automotive research and development companies outsource dedicated software development teams and have invested heavily on self-driving cars. Their input is very instrumental in fulfilling an idea that seemed nonfunctional.

As a result of software development with dedicated experts, different self-driving car models have been produced. Companies like Mercedes, Honda and Tesla have all produced autonomous prototypes. All the prototypes create an internal map based on the surroundings using LIDAR that constantly spin on the roof of the car. Laser beams, together with several other sensors are used to construct their internal map for seamless navigation. For instance, Google’s prototype is known to use laser beams and radar systems to create an internal map.

Data is sent to the actuators having been processed by a software, creating an accurate path for the car to follow. Complicated codes, artificial intelligence, machine learning and predetermined path modelling are the key features involved. However, driver intervention may be required in instances of system failure.

Self-driving cars can also be connected enabling car-to-car communication or car-to-infrastructure communication. Majority of the prototypes developed have not shown the capability of communicating with smart infrastructure such as traffic lights. However, with software development with dedicated experts, there exist great opportunities that can be tapped from the development of autonomous connected vehicles.

This level offers one automated function for driver assistance. Car may control some systems such as automatic braking and adaptive cruise control one at a time. In adaptive cruise control, the vehicle can safely keep distance behind another car in traffic. However, this is not full automation as other aspects of driving such as steering requires human assistance. The control of different automated systems simultaneously is not possible in this level.

This level of autonomy offers at least two simultaneous automated functions such as braking/ acceleration and steering. Cars in this class utilize ADAs (Advanced driver assistance systems). The human driver can take control of all functions at any time. Cab booking system with partial self-driving have been success with Uber in most cities in the world.

In this class of autonomous cars, the driver is only required to take control only when alerted. Otherwise, the vehicle is capable of all safe driving functions. Additionally, the vehicles in this class detect the environment making smart decision such as speeding past a slow moving vehicle.

The main difference between conditioned automation and class 4 automation is that, level 4 can intervene during circumstances such as system failure. Human interaction is not necessarily required; however, a driver can manually override the automation anytime. This car class is suitable for driving under geofencing within urban areas where speed limits are low. High automation is great for taxis and so try our Taxi booking app builder that comes with all self-driving car features.

Human attention is not required as the car is able to perform all driving functions autonomously. The cars are not under geofencing for they can travel anywhere and carry out tasks equal to those of experienced drivers. Due to their fully automated nature, ordinary structures like steering wheels and braking pads are not included. Such vehicles are still in their developmental stages and non is available to the general public.

Features To Get Used To;

This is the spinning object that you are likely to find on top of a self-driving car. The LIDAR emits millions of beams per second which bounces off obstacles. The car processes the information and creates a 3D map which is more accurate than that from radars.

Cameras are used for scanning the road and picking up lane lines, traffic lights or even speed bumps. With more software development with dedicated experts, cameras will revolutionise how self-driving cars of the future communicate with the environment.

Machine learning produces millions of examples from which the computer can learn from. Dynamic functions like identifying cyclists from other motorists rely majorly on machine learning.

Radar bounces radio waves off obstacles the same way laser beam does. They are used for identifying structures and other vehicles. Radar is not affected by rain, snow or fog and is cheap to produce.

The cars territory is actively mapped using data from camera and LIDAR. A map proofs if the car sensors are working correctly.

With the above information, you are now ready to hop on a self-driving car.