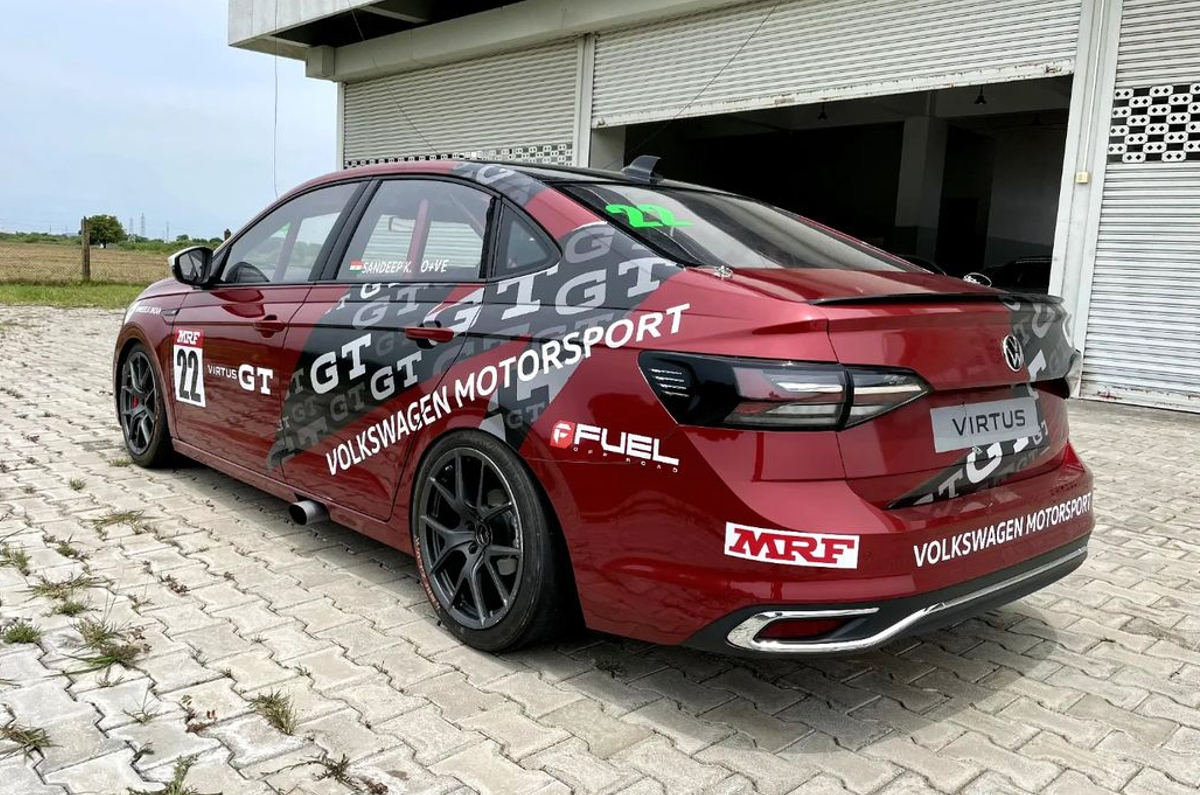 Volkswagen’s 1.5 TSI engine makes its motorsport debut on the Virtus ITC racer. It gets a significant power boost, putting out 215hp and 300Nm. The stock Virtus GT 1.5 TSI, meanwhile, makes 150hp and 250Nm.

While the Virtus GT 1.5 TSI is available with a 7-speed dual-clutch automatic transmission, the race-prepped version uses a 6-speed sequential racing gearbox that sends power to the front wheels. The first set of images reveal some more changes as well – noticeably the lowered ride height and larger 17-inch alloys with MRF tyres.

Of course, a number of changes have been made on the safety front to ensure the car adheres to the ITC regulations. This includes the addition of FIA-certified racing seats, 6-point racing harness, roll cage and an on-board fire extinguisher. The stripped-down interior reduces the race car’s weight to 1,080Kg (compared to the 1,275kg kerb weight of the stock manual).

The new Virtus ITC will be competing in the upcoming 2022 edition of the MRF Indian National Car Racing Championship. Round 1 will be held at Chennai’s Madras International Circuit On October 7-9.

Two experienced racers will be piloting the car for Volkswagen Motorsport India. Sandeep Kumar happens to be the last Volkswagen Polo Cup champion, while Jeet Jhabakh is the last Ameo Cup champion.

MG hikes prices of Hector, Hector Plus and Astor SUVs