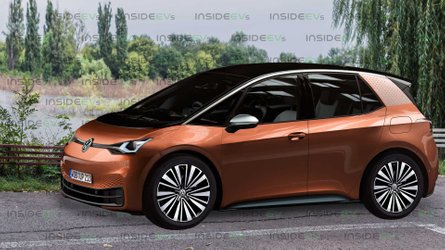 Volkswagen intends to expand its electric vehicle lineup by introducing two, smaller models to the range that would slot below the ID.3. The company would focus both products on appealing to European buyers who are looking for a city car to get around town with no emissions.

The smaller EV would replace the Up! in the VW range, an unnamed company source tells Automotive News Europe. The somewhat bigger vehicle might even oust the Polo, but there doesn’t seem to be a decision about this yet.

Like the ID.3 and many of VW’s other upcoming EVs, these tinier entries would ride on the automaker’s MEB platform. To follow the naming scheme of the rest, the company might call the tiniest one the ID.1, and the Polo-sized model would be the ID.2.

At this point, the development of the ID.2 seems to be in a more advanced state. VW intends it to go on sale as soon as 2023 at a starting price of about €20,000 ($23,900 at current exchange rates). To save money, it might use lithium-iron-phosphate cells for the battery, which is a less energy-dense solution than other types of lithium-ion tech, according to Automotive News Europe.

The ID.1 reportedly doesn’t arrive until around 2025. Skoda and Seat would get versions of the vehicle, too.

VW brand boss Ralf Brandstätter teased the plan for smaller EVs earlier this year. “Of course, we have to take into account that lower segments will in the future be demanding EVs, and we’re preparing concepts. We will discuss it soon. Cars in smaller segments are important and very interesting for us,” he said. Brandstätter also hinted that there would be concepts previewing these models before the production versions’ arrival.