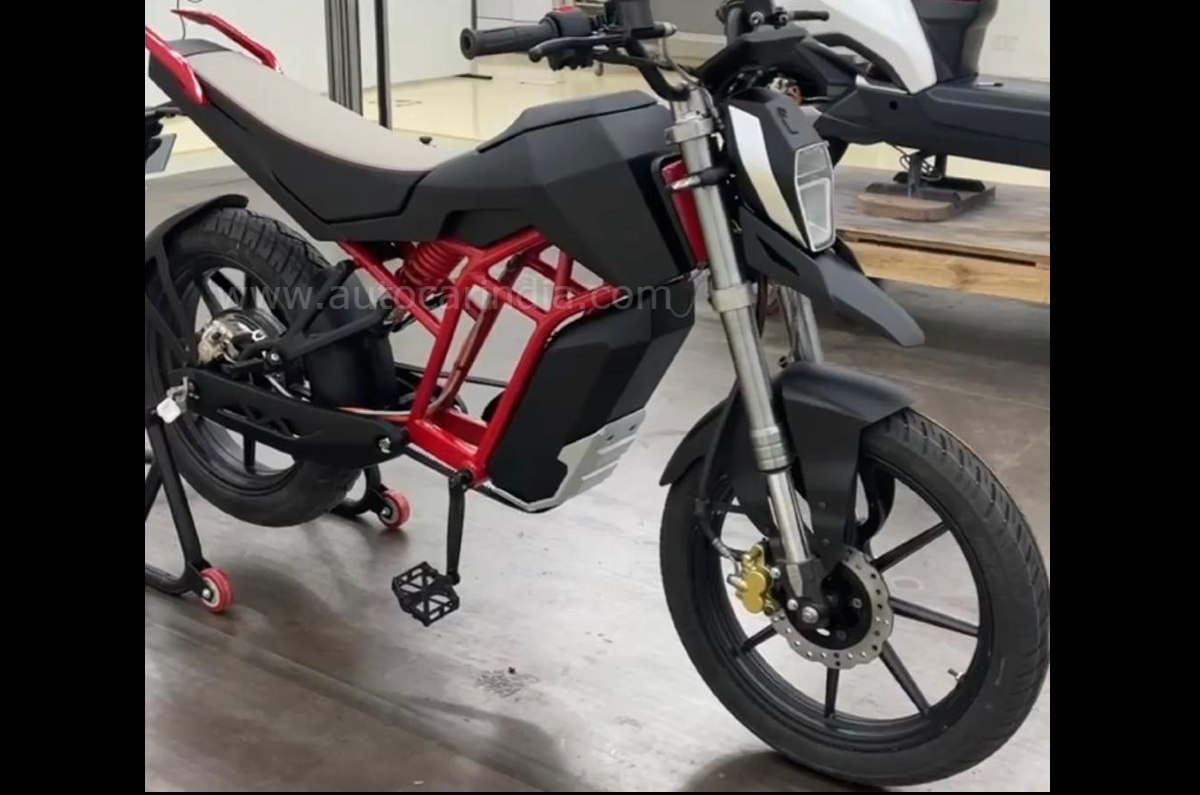 The new LML bike has styling cues reminiscent of a supermoto and has pedals in addition to a battery.

A spy image of the brand-new upcoming LML electric bike has now surfaced, giving us a hint of where the brand intends to go with their upcoming products. The new LML bike has styling features that wouldn’t look out of place on a supermoto machine. One feature which really stands out is the presence of pedals, in addition to a small battery pack, which suggests that this won’t be a very performance oriented machine.

The upcoming LML electric bike features very radical styling, borrowing cues from supermoto bikes with a flat bench style seat, little front beak/mudguard, flat LED headlight and an upright handlebar. The new LML electric bike also features a trellis frame, something we haven’t seen on a battery-powered machine in this space. The bike also appears to have a ‘tank’, which in all likelihood will house a small storage space.

However, the most fascinating detail on the LML electric bike is the presence of pedals. Pedals aren’t seen today on mainstream bikes and they are reserved for electrically assisted bicycles currently. This detail also hints that this probably won’t be a very performance-oriented machine, also corroborated by the presence of a rather small front petal disc brake. This bike also uses a belt final drive, which is something seen quite commonly on most affordable electric bikes sold today.

Is this the sort of EV you would be interested in purchasing for urban use, and how much would you pay for it? Let us know in the comments section below.