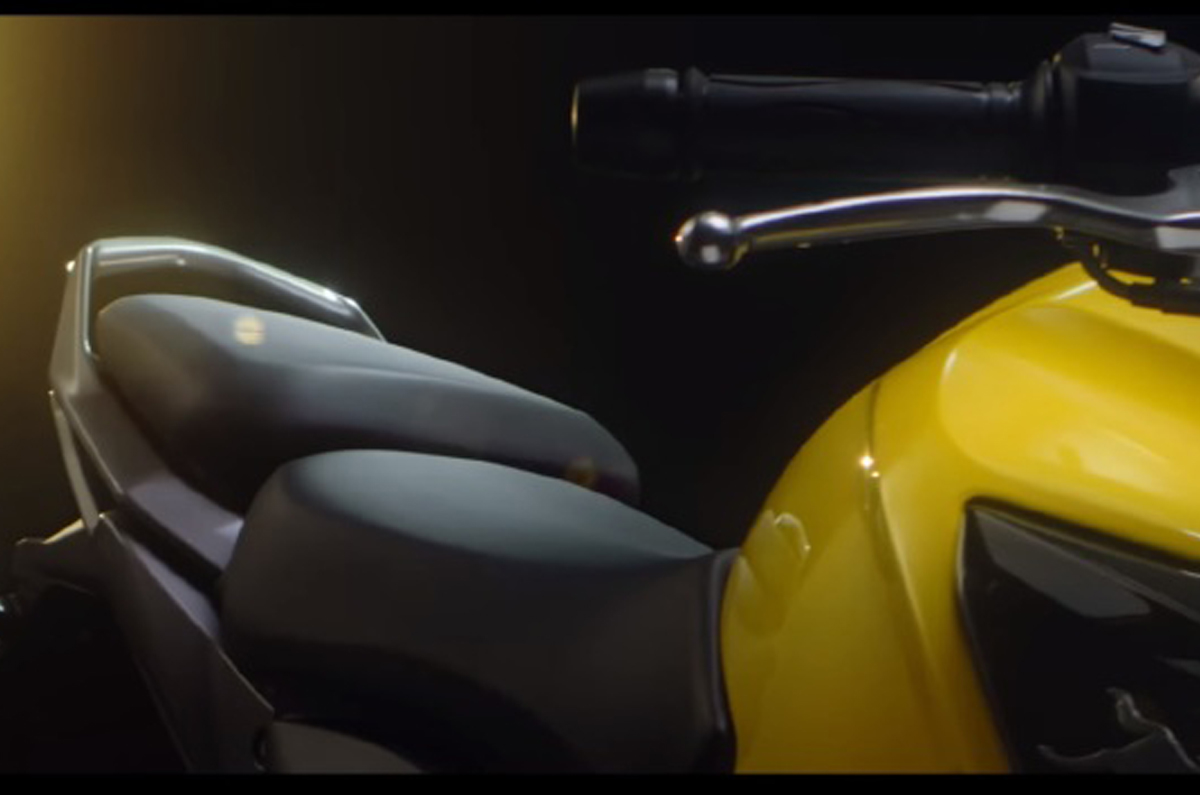 TVS has teased its upcoming motorcycle before its launch, which has been scheduled for September 16.

TVS has released not one, but multiple teasers on social media showing bits of its upcoming motorcycle. The motorcycle’s headlight is among the things visible and it appears to have uniquely shaped LED Daytime Running Lamps. Both the headlight and tail-light also appear to be LEDs.

The turn signals, however, appear to be quite bulky which could mean that could be Halogens. This is one of the indicators that this upcoming bike would most likely be affordably priced. In the latest teaser, TVS has also shown the silhouette of the bike and it does not appear to have an aggressive stance.

That being said, the bike does appear to have a sporty-looking tank and a split seat set up. The teaser also highlights the letter R towards the end, which could be the first letter of the model’s name.

Stay tuned to Autocar India on September 16 for more information.

Ather 450 Plus, 450X prices go down in Maharashtra

Fully synthetic fuel to be available next year