Tesla has axed plans to introduce the Model S Plaid Plus 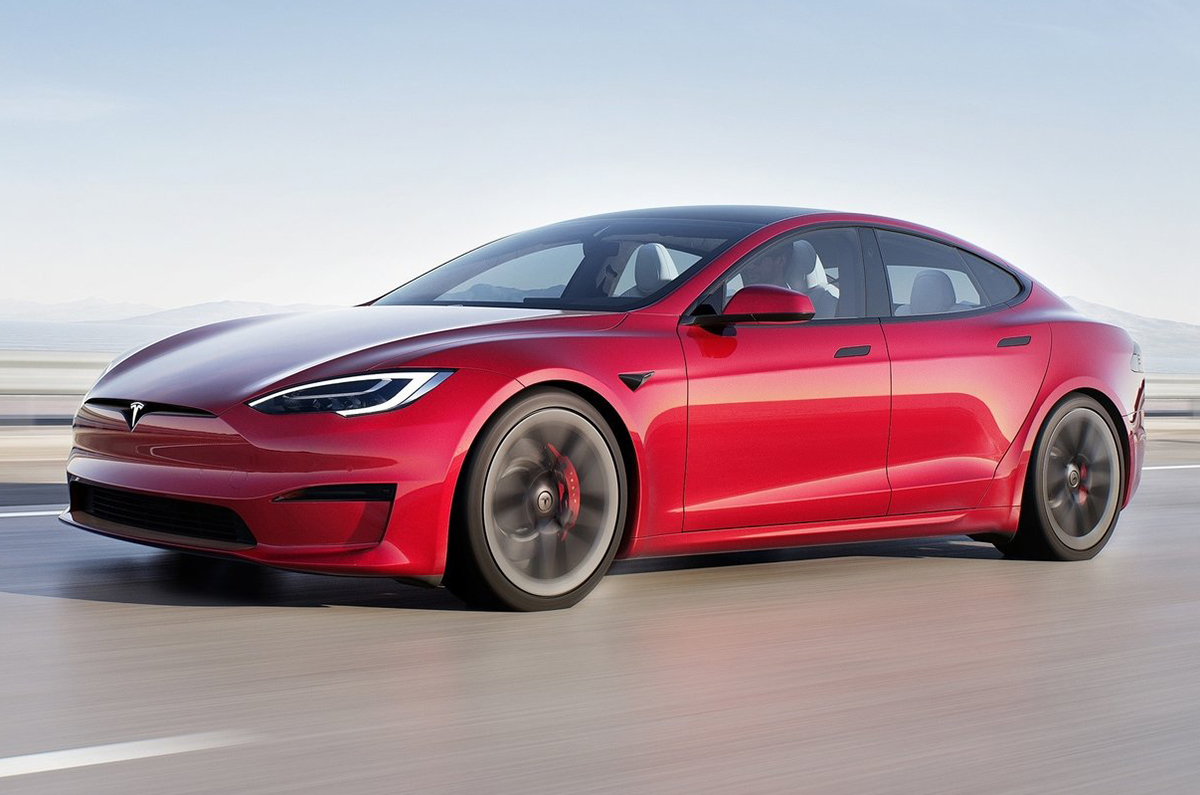 Tesla Motors has shelved plans of introducing the Model S Plaid+ version. The company’s CEO Elon Musk made the announcement on Twitter saying, ” Plaid+ is cancelled. No need, as Plaid is so good.”

What was so special about the Tesla Model S Plaid+ ?

The Tesla Model S Plaid + was supposed to push the performance and battery range benchmark of the car to a new level. It was said to produce 1,100hp, which would’ve further slashed the 0-100kph time. Battery range was also said to go up from 390 miles to 520 miles or 837km. This range was said to be more than any production EV currently on sale.

Musk believes that the kind of performance and range offered by the Tesla Model S Plaid is good enough. To reiterate, the Model S Plaid’s tri motors make 1,006hp, propelling the car from 0-100kph in a gobsmacking 1.99sec. The Model S Plaid will also top out at 200mph (321kph) “with the right tyres,” according to CEO Elon Musk.

In fact, the company is confident that the Model S Plaid will be the “quickest production car ever made of any kind” However, the recently released Rimac Nevera Hypercar, with a claimed 0-100kph time of 1.85sec, has set the benchmark quite high up.

The Model S Plaid will feature new battery technology for improved range and efficiency. Precise technical details are yet to be confirmed, but new thermal architecture gives faster charging and gives more power and endurance in all conditions, says Tesla.

The interiors have been revised as well and one will immediately notice the new steering wheel design that’s seemingly modelled on the one used on aircrafts. Tesla calls it a stalkless steering yoke as it has no indicator stalks.

Other changes include a brand new 17-inch widescreen display that offers exceptional responsiveness and can be tilted from left to right to give access for passengers or drivers as needed. In addition, there’s an 8.0-inch infotainment screen for those in the backseat.

Rounding off the list of changes is a software update that includes the infotainment system being upgraded with a processing power of 10 teraflops. That’s equivalent to that of modern-day gaming consoles.

For those who take their music quite seriously, Tesla is offering a 22-speaker, 960W audio system as standard on the Model S Plaid.