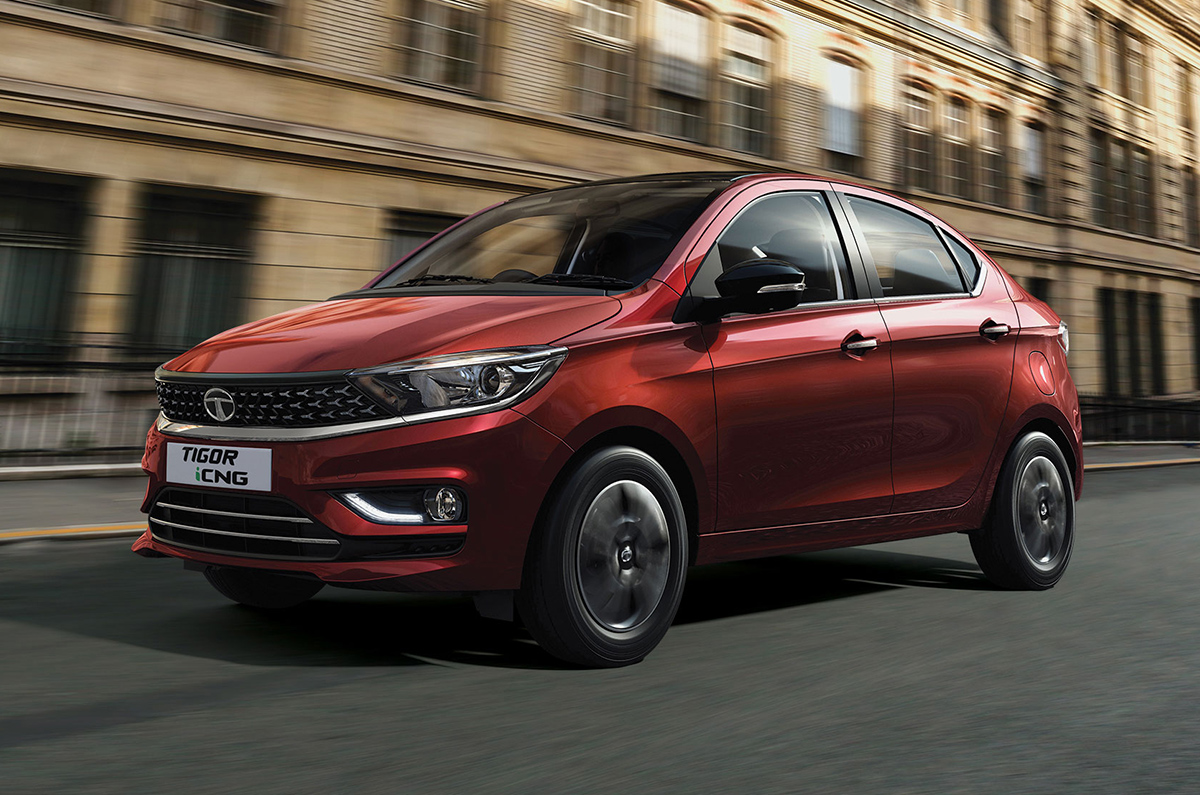 The XM is the entry-level trim in the compact sedan’s CNG line-up.

The CNG-powered version of the Tigor does not get any design changes over its petrol versions except for an ‘i-CNG’ badge on the tailgate to differentiate itself. Compared to its petrol-only counterpart, which has a boot space of 419 litres, the Tigor CNG has 205 litres. The XM trim of the Tigor CNG – like the XZ – also gets the 14-inch steel wheels, projector headlamps, LED tail-lights and a piano black finish on the wing mirrors. However, it does miss out on fog lamps, a blacked-out B-pillar, and LED turn indicators on the wing mirrors.

The new trim retains the same grey interior as seen on the XZ trim, with the equipment list consisting of the 2-DIN audio system, a four-speaker Harman audio system, adjustable front head rests and power windows. However, the XM trim misses out on steering mounted controls, keyless entry, push button start, a cooled glove box, and a rear arm rest with cup holders. Safety features on the XM trim include dual airbags, rear parking sensors, ABS with EBD and a day/night IRVM.

Under the hood, the Tigor CNG is powered by the 1.2-litre, three-cylinder Revotron petrol engine that also does duty on the Tiago CNG. Mated to a 5-speed manual transmission, the engine produces 86hp and 113Nm in petrol mode, whereas in CNG mode, it produces 73hp and 95Nm. Tata claims that the Tigor CNG offers an ARAI-claimed fuel economy of 26.49km/kg, and to verify this, we conducted a real-world fuel efficiency test which you can check out here.