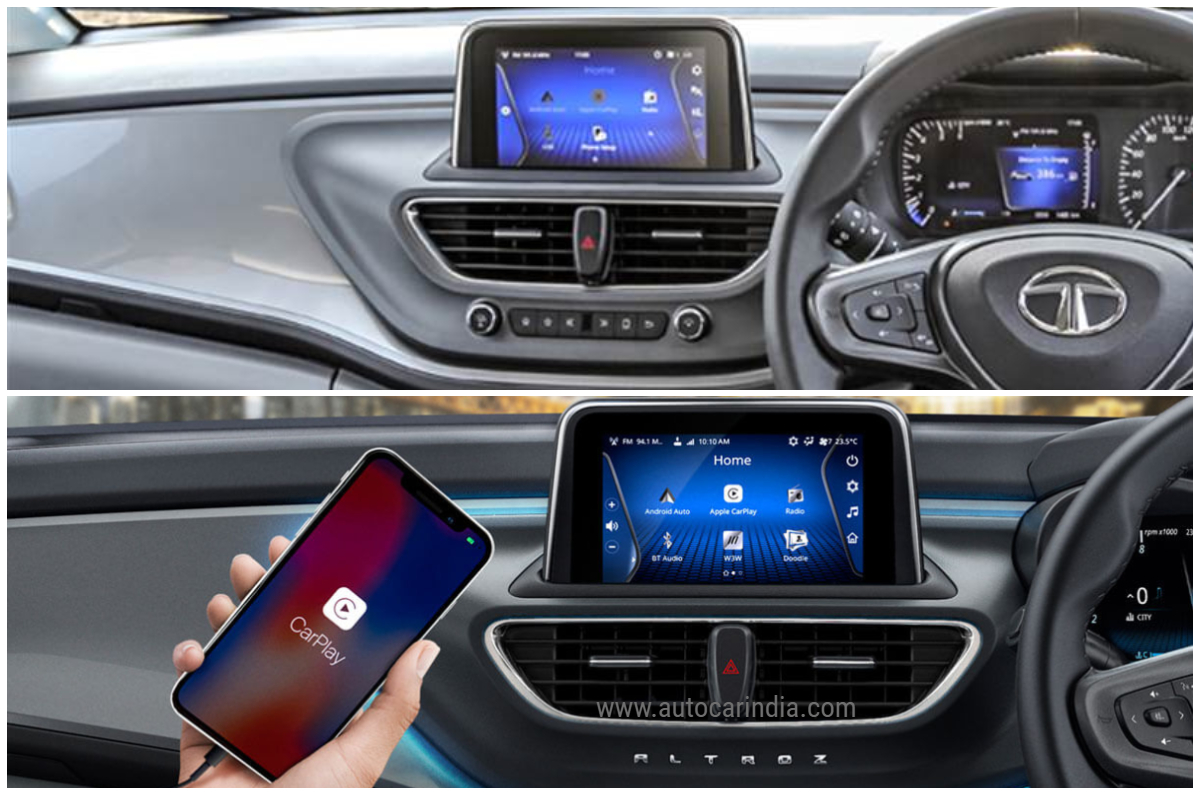 Tata Motors has silently updated its Nexon compact SUV and Altroz hatchback’s cabin. The carmaker has deleted the physical buttons and knobs that control the infotainment system on both these models.

Tata has decided to remove the physical controls that could be used to access certain functions on the 7.0-inch touchscreen infotainment system from the higher-specced variants of the Altroz and Nexon. The Altroz gets the touchscreen from the XM+ trim upwards while the Nexon features it from the XZ trim onwards.

The six buttons that were placed under AC vents on the dashboard controlled the home, favourites, previous, next, smartphone and back functions, while the rotary knobs controlled the volume and radio tuner. These functions will now be integrated into the touchscreen itself. In the place of the controls, both models now get a panel with the model name spelt out in chrome letters.

While the deletion of the buttons does provide a cleaner, clutter-free look to the dashboard, it does take away the convenience physical controls offer. It also hampers safety as drivers will now have to take their eyes off the road to make adjustments to the infotainment system.

That being said, higher variants of both these models do get steering-mounted controls which include the volume, previous, next and tuner functions.

The Tata Nexon is powered by a 110hp, 1.5-litre turbo-diesel and a 120hp, 1.2-litre turbo-petrol engine, both of which get manual and AMT gearbox options.The SUV is available in five trim levels to choose from – XE, XM, XZ, XZ+ and XZ+(O). The top-spec Nexon XZ+(O) gets features like a 7.0-inch touchscreen with Android Auto and Apple CarPlay, Tata’s iRA connected car tech, an electric sunroof, leatherette upholstery, a rear parking camera, driving modes, a tyre pressure monitoring system and cruise control.

The Tata Altroz gets three engine options – an 86hp, 1.2-litre naturally-aspirated petrol engine; a 90hp, 1.5-litre turbo-diesel; and a 110hp, 1.2-litre turbo-petrol engine in the iTurbo. A 5-speed manual gearbox is standard fit across the range for now but, Tata will introduce automatic gearbox options in the future.

The Tata Altroz is priced between Rs 5.69-9.45 lakh for the naturally-aspirated petrol and diesel versions, while the Altroz iTurbo is priced from Rs 7.73-8.85 lakh. Rivals for the Altroz include the Hyundai i20, Maruti Suzuki Baleno, Toyota Glanza and Volkswagen Polo.