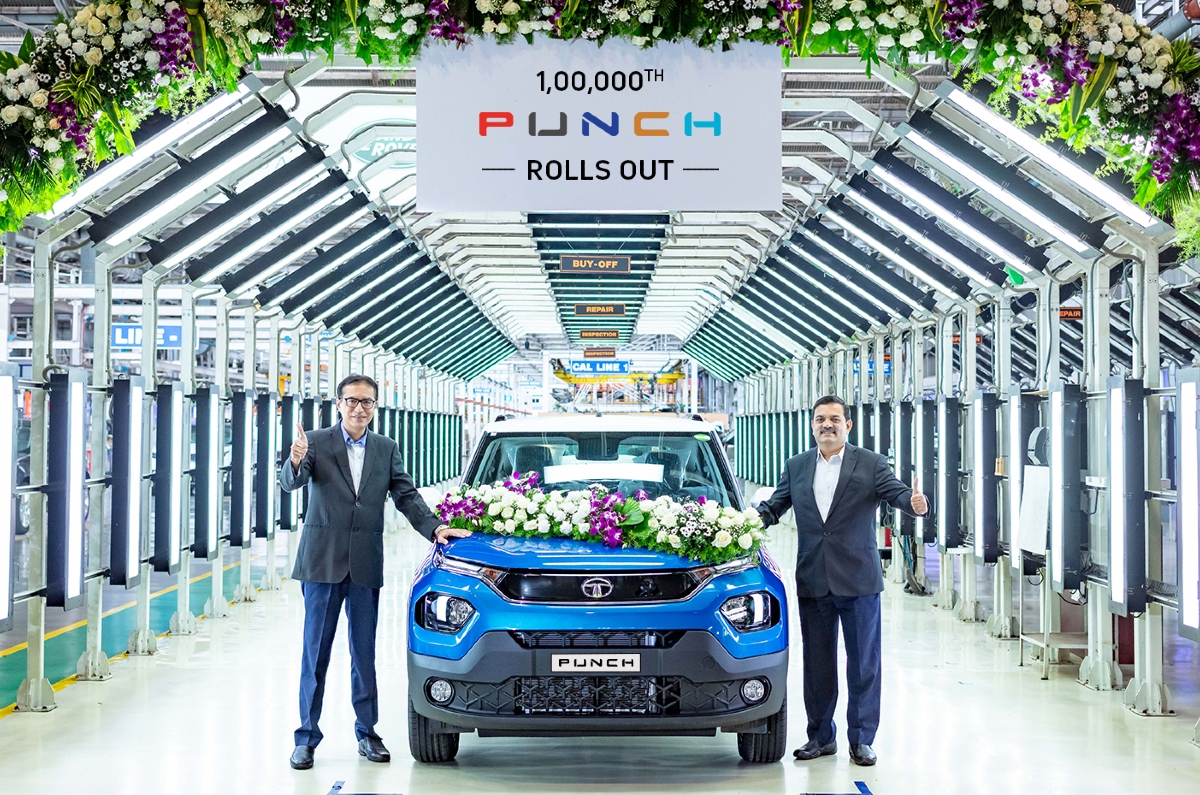 Tata has just rolled off the 100,000th unit of its Punch micro SUV from its facility in Pune. This feat was achieved in just 10 months as the Punch hit the market in October last year. The SUV has also recorded a sales figure of 11,007 units in July 2022. This means Tata sold around 10,000 units a month on average.

Although not exactly in the same segment, the Punch has outsold its nearest rivals by a fair margin. To put things into perspective, the Renault Kiger achieved the 50,000 units production milestone in July 2022, almost 18 months after it was launched here, while Nissan achieved a similar feat with the Magnite in 15 months. This makes the Punch the fastest SUV to achieve this feat in India.

The Punch has been a success for Tata, despite its starting price – Rs 5.97 lakh – being close to models from a segment above, going up to Rs 9.45 lakh (ex-showroom) for its top-of-the-line Kaziranga variant.

Powering the Punch is an 86hp, 113Nm, 1.2-litre, three-cylinder petrol engine that can be had with either a 5-speed manual or an AMT gearbox. You can check out the real-world fuel efficiency of the Punch manual and AMT here.