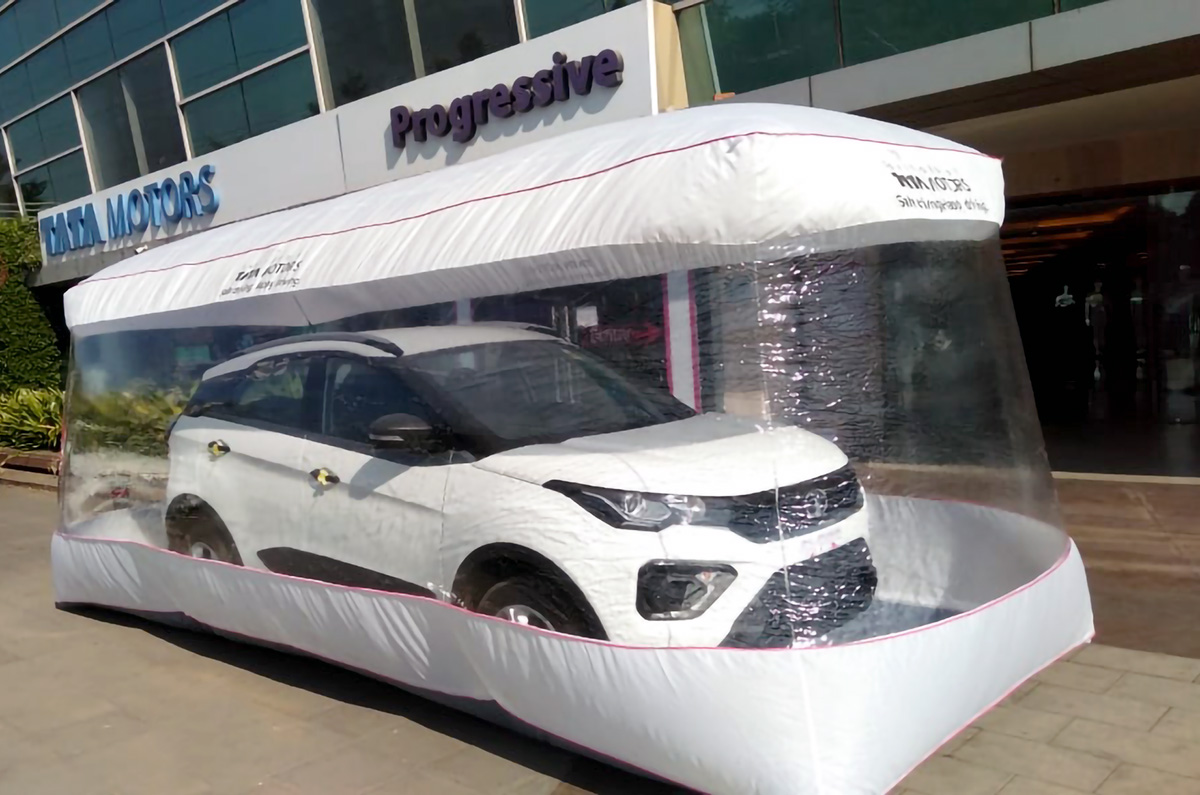 Tata Motors has begun delivering its cars and SUVs in a unique setup called Safety Bubble which, according to the brand, is an added step to shield the car from bacteria and viruses. The company already delivers its cars to customers after a through sanitization process, thanks to the ongoing COVID-19 pandemic.

What is the Tata Safety Bubble?

As the name suggests, the Safety Bubble is essentially a plastic bubble with a part transparent wall wrapped around the car. The Safety Bubble has been introduced under the carmaker’s Sanitised by Tata Motors initiative which was launched back in August 2020. The initiative covers deep cleaning and sanitization of the vehicle along with measures to reduce direct physical contact at the time of customers taking delivery of their new cars. The Tata Safety Bubble will be seen at more Tata dealerships in the coming days.

Tata motors had a rather busy first quarter in 2020 which saw the carmaker upgrade nearly its entire line-up to comply with BS6 norms and launch facelifts for some of its cars in the process like the  Tiago, Tigor and Nexon. Tata also launched the all new Altroz and the Nexon EV.

The carmaker also intended to launch the new Gravitas SUV, the seven-seat derivative of the Harrier this year, but due to COVID-19 related delays and supply-disruptions it has now pushed the launch of the SUV to early 2021. Also on the cards is the much-awaited Altroz turbo-petrol and the all-new HBX micro-SUV.

Tata Altroz: Which variant to buy?