Suzuki Jimny 5-door to be shown in Tokyo next month 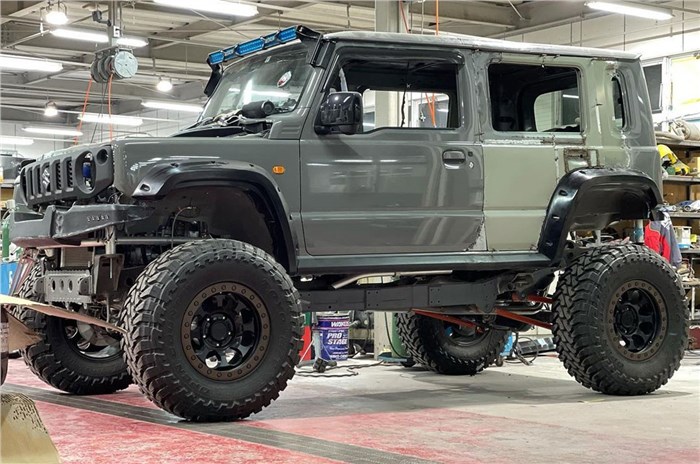 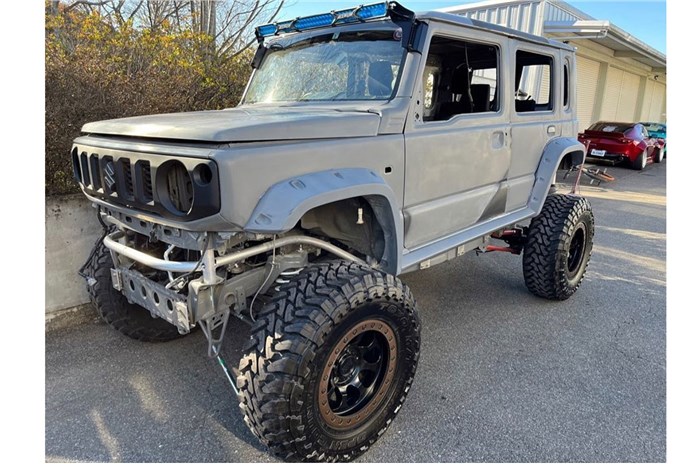 Hardcore 5-door Jimny concept is currently being readied by students from the Nihon Automotive Technology School (NATS) in Japan.

While the whole world waits to see a production-spec Jimny 5-door, the students at Japan’s Nihon Automotive Technology School (NATS) are readying a concept of the same. While nowhere near stock, the basic body design could be similar to what we could expect from the carmaker itself.

As mentioned previously, there is little stock about this upcoming one-off creation – only parts of the SUV’s bodyshell remain stock. The SUV sits on a customised chassis said to increase the vehicle’s length by 400mm with the modified body welded on top of the unit.

The body shell was, meanwhile, sliced in half with custom fabricated rear doors, the roof panelling filling out the void, and the stock Jimny’s rear window being re-fabricated into smaller quarter windows. The seats remain on their original mounting points, so while rear legroom is improved over the 3-door, boot space remains negligible with the rear seats up.

The front bumper, too, is custom moulded, while the stock wheels and suspension have been replaced by a more heavy duty off-road centric set-up. Adding to the look are wider fender extensions to fit the SUV’s wider track.

Under the hood too the SUV has received an upgrade. The stock petrol engine will be fitted with an aftermarket turbocharger kit to boost performance.

While the NATS project remains a one-off concept, the official 5-door Jimny still is some time away. The 5-door Jimny for India is expected to remain under the 4m mark at around 3.8m in length with power coming from the company’s tried and tested 1.5-litre petrol engine used in models such as the Ciaz, Ertiga and Vitara Brezza.

Maruti has green lit the Jimny for the Indian market with the SUV expected to be one of five new Maruti SUVs set to arrive in India over the next three years. While we are set to get a larger 5-door model, Maruti could also offer the smaller 3-door alongside it.

Its SUVs aside, Maruti is readying a number of new or updated models for the domestic market in 2022. The Baleno and Vitara Brezza are expected to receive major updates while facelifts for the Ertiga and XL6 are also on the cards. Additionally, the carmaker is expected to launch the all-new Alto late next year.

How can auto brands steer motorists towards an electric future?