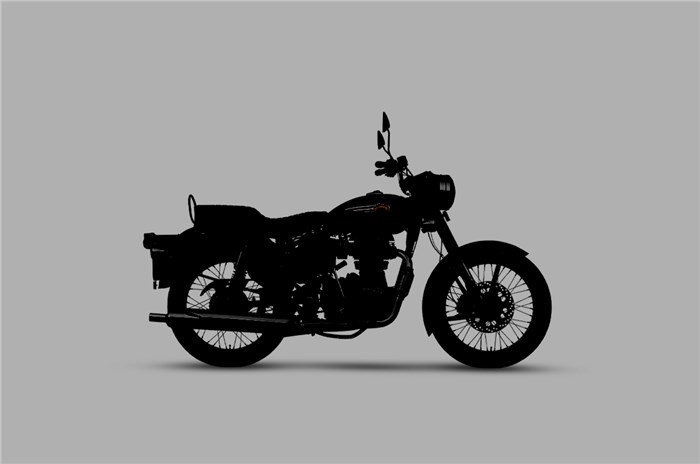 The bike has already been spotted testing, and a launch seems imminent.

The Bullet 350 is the only motorcycle in RE’s current line-up that continues to soldier on with the previous-gen 346cc UCE engine, but it’s due for an update very soon. The next-generation machine was recently spotted testing, and RE appears to have teased the updated bike, with something important scheduled to take place on August 5. Here’s what you can expect from the new Bullet 350 when it arrives.

For starters, the most obvious and significant change on the new machine – the engine – as the 346cc UCE motor makes way for the new 349cc J-platform engine. The latter already does duty on the current Classic 350 and Meteor 350, and is likely to be carried over as is – producing 20.2hp, 27Nm and paired to a 5-speed gearbox.

Beyond the numbers though, what the J-platform engine will bring is a quantum leap forwards in terms of overall refinement, and the crippling high-RPM vibrations that currently plague the Bullet are likely to be a thing of the past very soon. Another by-product of the new engine will be the elimination of the kickstarter. The Bullet is currently offered in more affordable kick-start-only variants as well as more expensive versions with an electric starter, and the former is not likely to feature in the next-generation.

As was the case with the previous generation, the updated Bullet is likely to share almost all its underpinnings with the current Classic 350. What this means is a double downtube frame suspended on a conventional telescopic fork and twin shock absorbers. Wheel and tyre sizes should also be the same – 100/90-19 at the front and 120/80-18 at the rear.

If our experience with the Classic is anything to go by, then the new Bullet should offer a comfortable ride and be a neater handle than the bike it replaces, but its differences against the Classic will be limited to the seats and brakes. Unlike the Classic’s split seats, the Bullet will feature a single-piece seat, like it currently does, and the rear brake will most likely be a drum unit on all variants, meaning that dual-channel ABS is unlikely to be on offer. The higher variants of the Classic 350 do offer a rear disc brake and dual-channel ABS.

The Bullet 350 currently forms the entry point to the Royal Enfield line-up, and as a result, it isn’t as lavishly equipped as its siblings. The current bike doesn’t get the option of a Tripper navigation pod, but it’s quite probable that the next-generation machine will receive this as an optional extra. Instrumentation will also see a step-up, with the Bullet inheriting the neat semi-digital unit from the current Classic 350.

As the kick-start variants are unlikely to be offered, prices for the next-gen Bullet will hover around the prices of the current ES (electric start) versions, with a small bump up in price expected with the update. This means that you can expect the next-gen Bullet 350 to retail around the Rs 1.7 lakh mark.