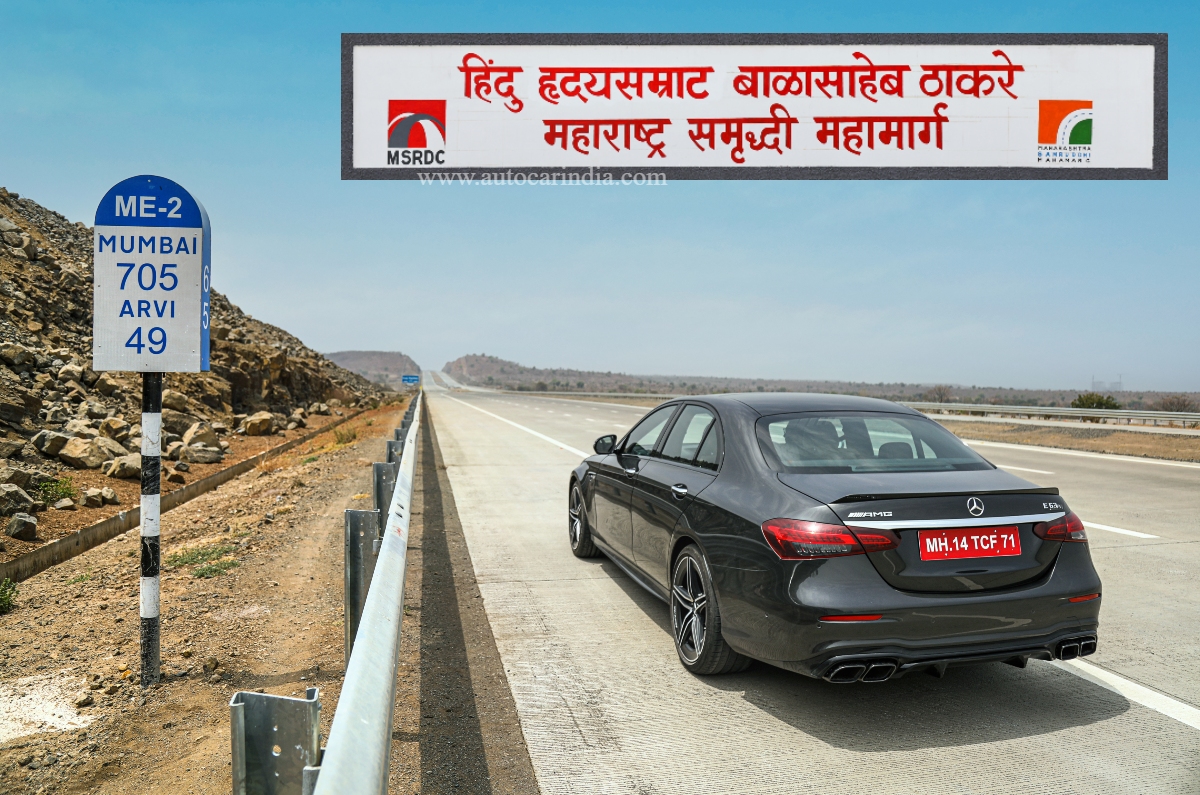 Autocar India was the first to drive on Mumbai-Nagpur Expressway, back in April 2022.

Prime Minister Narendra Modi will inaugurate the Mumbai-Nagpur Samruddhi Expressway on December 11. The 500km stretch from Nagpur to Shirdi will be inaugurated first, while the remaining stretch of the expressway will be completed in the next six months, as per Deputy Chief Minister Devendra Fadnavis.

Formally named the Hindu Hrudaysamrat Balasaheb Thackeray Maharashtra Samruddhi Mahamarg, it is the second expressway in Maharashtra after the Mumbai-Pune Expressway. The 701km expressway was constructed at a cost of Rs 49,250 crore and the total cost, including the land acquisition and engineering, is estimated to be Rs 55,332 crore.

It will connect 10 districts – Nagpur, Wardha, Amravati, Washim, Buldhana, Jalna, Aurangabad, Nashik, Ahmednagar and Thane – will reduce travel time between Mumbai and Nagpur from 16 to eight hours. It will help a new economic corridor come up along the route, and 14 districts will be connected to the port in Mumbai, Fadnavis added.

Autocar India was the first to drive on the Mumbai-Nagpur Samruddhi Expressway, back in April. We drove the 612hp Mercedes-AMG E63 S on the new expressway. Then Minister for Urban Development and Public Works and current Chief Minister of Maharashtra Eknath Shinde was also a part of the drive in a Mercedes-Benz EQC. We were joined by the Mumbai-based supercar club Throttle 97 with cars like Nissan GTR, Ferrari 458 Pista, Mercedes-Benz C63 AMG, Jaguar F-Type, Audi R8 and Lamborghini Urus.

Watch our first drive on the new expressway here and our drive with Throttle 97 here.

Rajini Krishnan’s RACR riding school to be held on February 18, 19