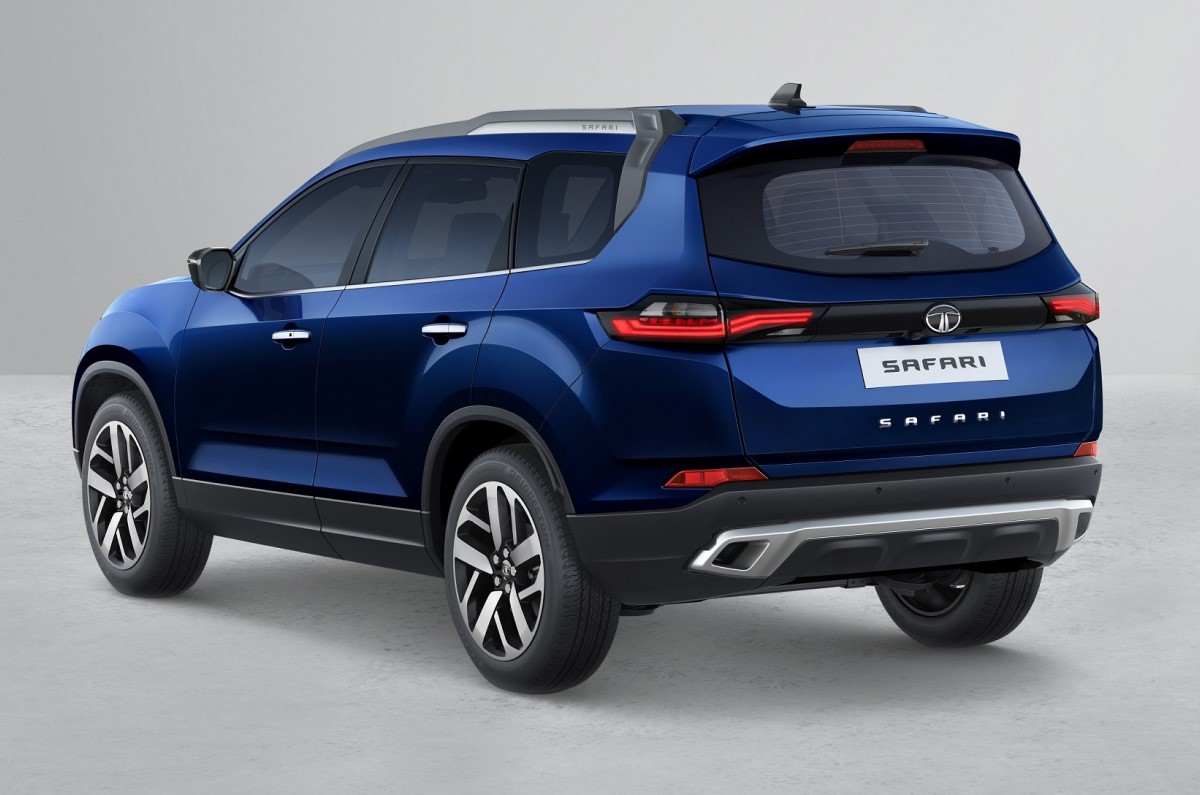 The 2021 Tata Safari has been revealed in its final, road-ready form, with production of the 7-seat SUV getting underway ahead of its launch in the coming weeks. Tata Motors has opted to revive the iconic Safari name with its new flagship SUV, which was previously known to Indian audiences as the Gravitas, which debuted at Auto Expo 2020.

First official images of the 2021 Tata Safari confirm that while it is largely the same as the Gravitas we saw nearly a year ago, it does sport some minor changes on the outside. It’s rocking the Harbour Blue paint shade, and the grille is new, now with Tata’s signature tri-arrow motifs finished in chrome. There’s more chrome encasing the split headlight clusters and on the door handles. The alloys of the new Safari, meanwhile, are identical to those seen on the Harrier, and the new Safari also gets a panoramic sunroof.

While the Safari’s face is quite similar to that of the Tata Harrier (which it’s related to), it has a completely different design from the C-pillar onwards. It gets roof rails (with silver inserts bearing the Safari inscription), a full rear-quarter glass, a stepped roof and a more upright rear section with a new tailgate and different tail-lights. More importantly, the Tata Safari is about 63mm longer and 80mm taller than the Harrier; extensions necessitated by the need to liberate room for a third row of seats.

No pictures of the 2021 Tata Safari’s interior have been shared yet, but Tata has confirmed it will have an Oyster White interior theme, and an ash wood insert for the dashboard. In terms of layout, the Safari’s interior is expected to mirror the Harrier’s, with a floating touchscreen infotainment system taking pride of place on the dash.

As for powertrains, the new Tata Safari will borrow the 170hp, 2.0-litre Kryotec turbo-diesel engine from the Harrier, as well as its six-speed manual and six-speed torque convertor automatic gearbox options

The company has also stated that the Land Rover-derived Omega architecture – which the new Tata Safari is based on –is designed to incorporate a four-wheel-drive system and even electrification solutions, hinting at a possible 4×4 variant of the new Safarithat may be launched at a later date.

With production already underway, bookings for the 2021 Tata Safari are set to commence later this month, and the launch is expected to take place in February. When it arrives, expect the 2021 Tata Safari’s price to be a fair bit higher than that of the Harrier, which currently retails from Rs 13.84 – 20.30 lakh (ex-showroom). The new Tata Safari will face competition from other 7-seat models such as the MG Hector Plus and the current-gen Mahindra XUV500. Later in the year, it will also have to battle the next-gen Mahindra XUV500, as well as Hyundai’s new 7-seat Creta-based SUV.

What do you think of the 2021 Tata Safari? Let us know in the comments.

2021 Tata Safari what to expect video