New Stargazer MPV from Hyundai to rival Ertiga; likely to be unveiled next year 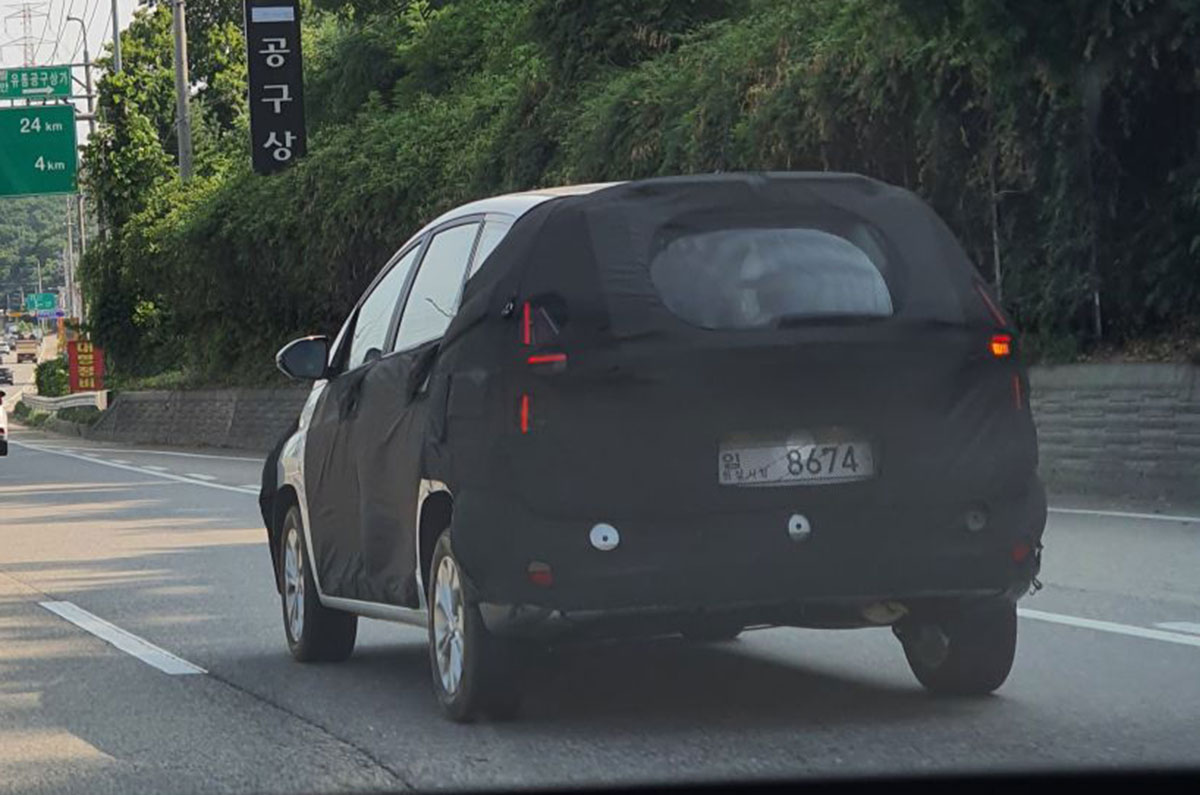 Hyundai is readying an all-new MPV that will be a potential rival to the Ertiga. This new vehicle is likely to be called Hyundai Stargazer and will primarily be aimed at the emerging markets that include Indonesia, India and Russia among a few others. Sources tell us that this new MPV has been internally codenamed as Hyundai KS and will see a world debut in Indonesia sometime next year. This new MPV from Hyundai will share its underpinnings with the upcoming Kia MPV (Codename: KY) that is expected to come to India early next year.

New Hyundai KS MPV: What do we know so far?

The new Hyundai Stargazer (Codename: KS) MPV will most likely be one of the first models to roll out from the brand’s new Indonesia plant that is expected to be readied by the end of this year. With the new KS MPV, Hyundai seems to be aiming to grab a slice of the huge MPV market in Indonesia that includes models like the Suzuki Ertiga, Honda BR-V, Mitsubishi Xpander and the Nissan Livinia. The Indonesian MPV market is considered an important one by other brands including Toyota which always introduces the new generation of the Innova and Suzuki which released the current-gen Ertiga in the Indonesian domestic market first.

The new Hyundai KS MPV will share its platform bits with the Creta and could be similar in length to the Alcazar. Thanks to its MPV like cab-forward bodystyle, adequate space for a three-row vehicle can be expected. A heavily covered pre-production test-mule of this new MPV was recently spotted in Korea. While it doesn’t reveal many details, what can be confirmed is that the model will have styling cues borrowed from the newer Hyundai models like the recently revealed Tucson sold overseas and also the Bayon crossover that went on sale in Europe a few months ago.

The new Hyundai KS MPV will be introduced with a 1.5-litre petrol engine first. This powerplant will also make it competitive with most of its rivals that have similar capacity engines and will be shared with the Creta. There will be a 1.5-litre diesel too, if the model makes its way to India.  Automatic and manual gearboxes similar to the Creta and Alcazar can be expected on this MPV.

New Hyundai KS MPV: Will it come to India?

Hyundai’s sister-brand Kia has confirmed that the Kia KY MPV will reach showrooms by early next year. Adding a Hyundai derivative in India would help achieve greater economies of scale for both brands, similar to models like the Seltos and Creta or the Sonet and the Venue that share multiple parts and components under the skin. There is no confirmation from Hyundai on its derivative of this MPV however we think it is the logical next step for them to bring this model to India in the future.

Upcoming three-row SUVs, MPVs in India: 2021 and beyond