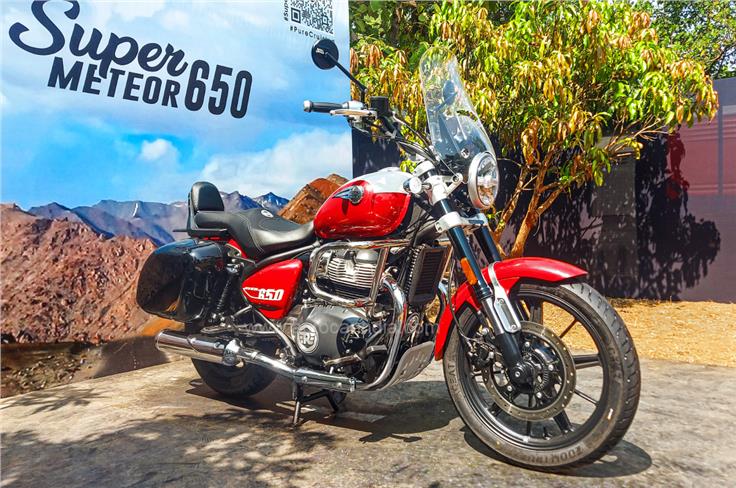 The long and eventful story of the Royal Enfield Super Meteor‘s arrival is nearly at an end – deliveries are likely to begin in February 2023. However, the the only missing piece of the puzzle now is the price. As things stand today, bookings are open for the long-awaited cruiser, but there is a caveat. Here are the full details.

Though the price of the Super Meteor hasn’t been announced, the company had opened up bookings for the Super Meteor 650 for those in attendance at Royal Enfield Rider Mania 2022. If you weren’t at RE’s annual fest, you’ll have to wait till the price announcement, which is likely to take place in January.

As mentioned above, RE is expected to begin handing bikes over to customers in February 2023. Price is certainly a deciding factor for most buyers, and if you’re wondering where the Super Meteor will sit, we expect it to take the top spot in RE’s current line-up, sitting at around the Rs 3.5 lakh mark (ex-showroom). Stay tuned for more details.

MG Hector facelift likely to be offered in only 3 trims