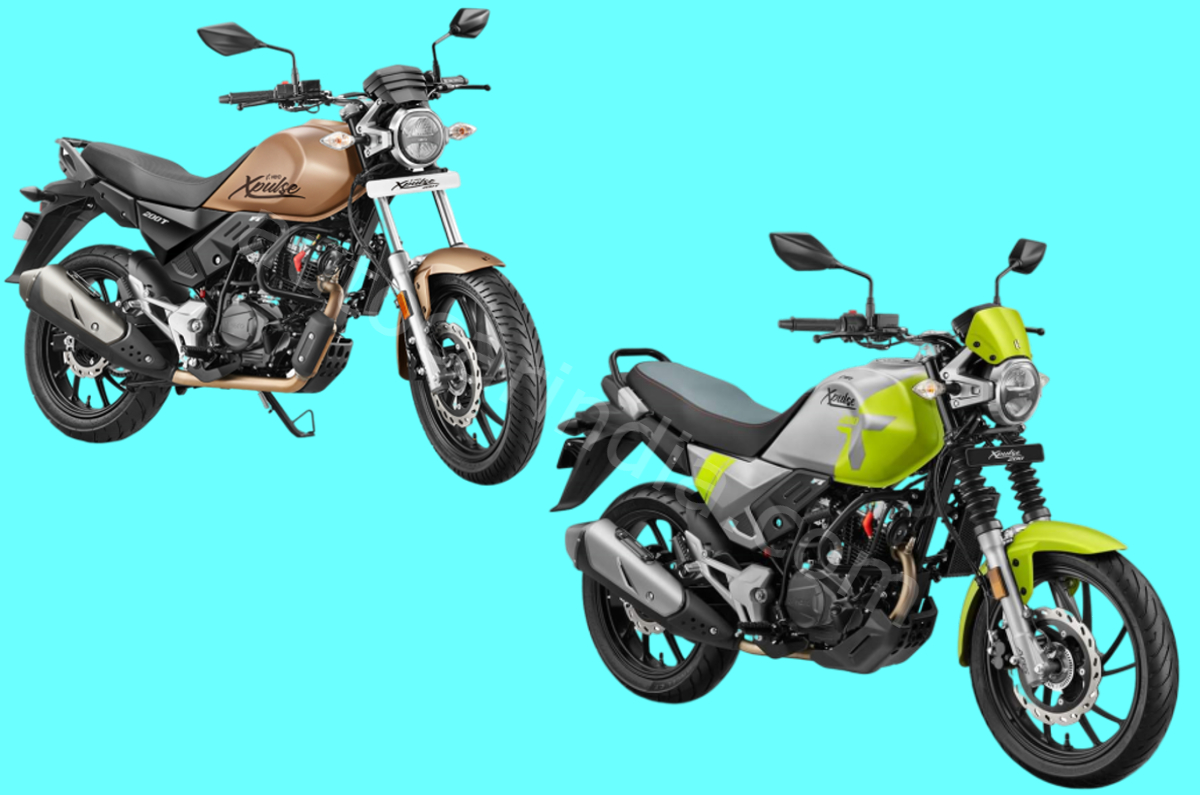 The updated Xpulse 200T is expected to receive the 4-valve engine recently given to the standard Xpulse 200.

An updated version of the Hero Xpulse 200T recently came to light when an image of the upcoming bike emerged from its TVC shoot. We have now managed to get our hands on another image of the updated motorcycle, much clearer this time around, confirming many of the things we saw earlier as well as revealing some new details.

First up are the changes we observed earlier. These are concentrated at the front of the motorcycle and limited to the addition of a small fly screen above the headlight and fork gaiters. This new angle of the updated bike also reveals a few more changes and most of these are small visual changes.

The design of the belly pan has changed and the new belly pan envelopes the lower portion of the exhaust bend pipe, unlike earlier. The rear grab rail has also been redesigned, and it now sports a more functional look, with a simple tubular construction as opposed to the older bike’s more stylised unit.

On the mechanical front, this facelifted version of the Xpulse 200T is expected to receive the 4-valve engine recently given to the standard Xpulse 200. The updated bike in this image does appear to have a slightly larger oil cooler, but it’s hard to be certain from this angle.

With studio shots and a TVC shoot already undertaken, an official launch for this updated version shouldn’t be too far away. Stay tuned for more updates.