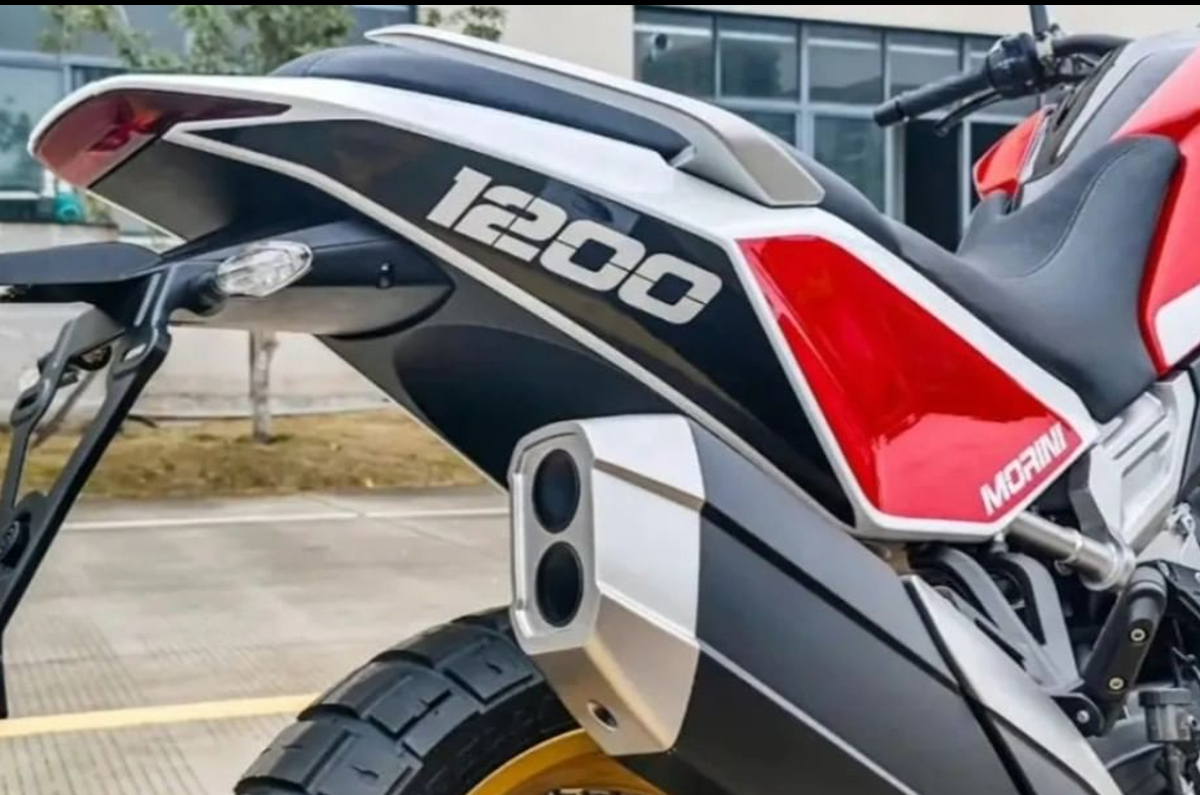 The X-Cape 1200 adventure bike’s styling is reminiscent of smaller X-Cape 650.

Since its resurrection under Chinese ownership, Moto Morini has four models in its line-up, all powered by some variation of a 650cc parallel-twin. However, the Italian marque appears to be gearing up for a comeback in the large-capacity adventure bike segment, after a hiatus of nearly four years, as can be seen from these leaked images of its production-ready X-Cape 1200 adventure bike.

The styling of the X-Cape 1200 is very familiar and bears a striking resemblance to its younger sibling, the X-Cape 650 and hasn’t differed much from its design sketches that surfaced earlier this year. This resemblance is no bad thing in our eyes and the X-Cape 1200 appears to be a handsome machine. The golden rims are a nice touch as well and seem to take inspiration from the Moto Morini X-Cape ADV-R showcased at EICMA 2022.

The liquid-cooled, 1,187cc, Bialbero CorsaCorta V-Twin engine on duty here can trace its roots back to 2004, but will have been updated to meet the stringent Euro-5 emission norms. It remains to be seen what kind of output figures this engine makes, considering it’s returning to the market after quite some time. To give you a reference, in the now-discontinued Granpasso 1200 adventure bike, this V-Twin engine was rated for 118hp and 104Nm of torque.

Considering it will be going up against some stiff competition in the heavyweight ADV segment, there will likely be a full suite of electronic rider aids on offer. Moto Morini has also packed in premium componentry, such as radial Brembo monobloc calipers, Pirelli Scorpion Rally STR tyres and LED lights all around. With some off-road credibility baked in thanks to its large bash plate, wire-spoke rims and block-pattern tyres, switchable ABS is likely to be on offer as well. The rider’s triangle appears to be quite roomy with a large, generously padded seat for the pillion as well, conducive to spending long days in the saddle without discomfort.

Considering Moto Morini has made its Indian debut a short while ago and is yet to establish itself in our market, it is uncertain if and when the X-Cape 1200 will be launched here.

Would you pick the Moto Morini X-Cape 1200 over other more established adventure bikes? Let us know in the comments below.