Moto Morini bikes to be sold in India via Benelli outlets 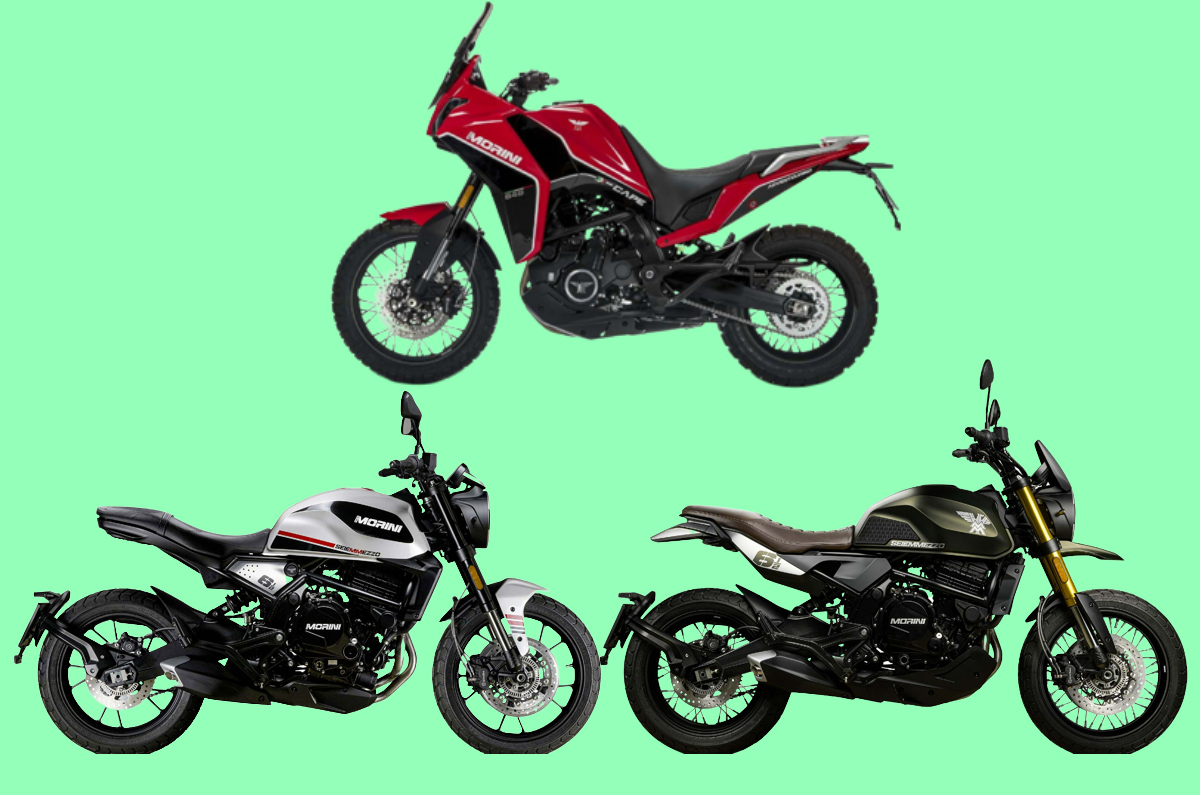 The Italian brand currently has two models in its portfolio, the X-Cape and Seiemmezzo.

Italian brand Moto Morini has partnered Adishwar Auto Ride India (AARI) for its India debut, which will feature 4 products. AARI is the same group that handles Benelli’s and Keeway’s business in India.

Moto Morini is part of China’s Zhongneng Vehicle Group after it was acquired by them in 2018. Like nearly all Italian two-wheeler marquees, Moto Morini has a storied history – innovatively designed and engineered bikes, rich racing pedigree, tumultuous financial history and eventual takeover by a larger conglomerate.

Both share the same CF Moto-sourced 649cc parallel-twin engine, albeit making slightly different peak output figures. This is a very similar engine to what you’ll find in the 650cc CF Moto motorcycles, and its specifications are nearly identical to the Kawasaki 650cc parallel twin with the same 649cc capacity and 83mm x 60mm bore and stroke dimension

The X-Cape is good for 61hp and 56Nm of torque, while the Seiemmezzo makes 60hp and 54Nm. Another thing common between the two models is the braking set-up – twin-piston axially mounted calipers clamping down on 298mm twin discs at the front and a single 255mm disc at the rear with a two-pot caliper, paired to switchable Bosch 9.1 ABS.

The Seiemmezzo is offered in two guises: the more street-focused STR variant and the scrambler-esque SCR variant. Both variants feature rim sizes of 120/70-18 and 160/60-17 at the front and rear, respectively.

We’ll have to wait for an official announcement concerning the launch timeline of the Moto Morini line-up in India as nothing else has been revealed as of now.

Founded in 1937 by Alfonso Morini, Moto Morini had its headquarters in Italy. From 1946 to 1977, Moto Morini made a variety of bikes ranging from 125cc to 250cc and raced them with varying degrees of success. In 1977, Moto Morini came out with a 478cc motorbike making 43hp and capable of achieving a top speed of 175kph.

After being acquired by the Cagiva group in 1986, Moto Morini was repurposed as an engineering department within it, until 1999. That year, Alphonso Morini’s nephew bought the Moto Morini brand and started working towards launching it as a motorcycle manufacturer once more.

In 2005, the Corsaro 1200 and 9 ½ motorcycles spearheaded Moto Morini’s rebirth but shortly after, in 2010 encountered financial problems. Up until its acquisition by the Zhongneng Vehicle Group in 2018, Moto Morini was acquired by many different investors who tried to restart it successfully, but to no avail.

Would you go for a Moto Morini product over the competition? Let us know in the comments section below.

Lithium miner turns away from US – report