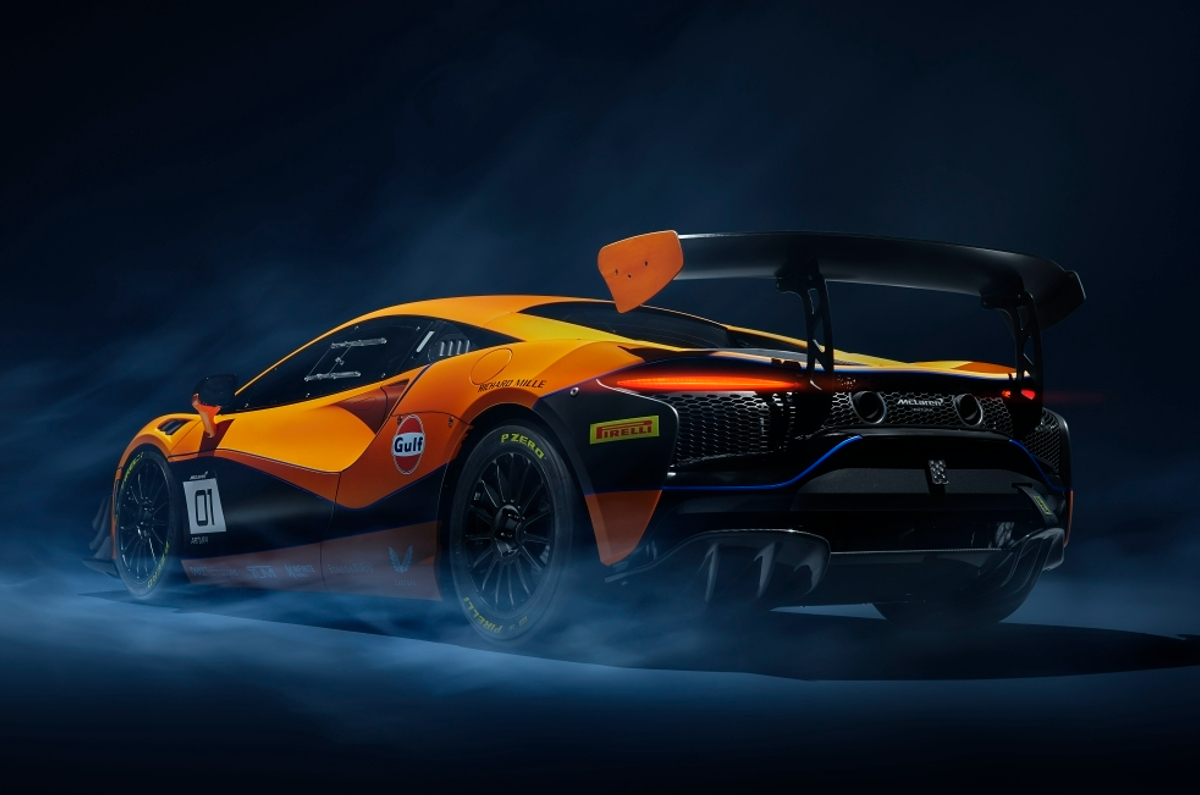 McLaren has announced a special one-make Pro-Am series featuring the Artura Trophy. The new racecar is based on the Artura GT4 but has more power and downforce since it doesn’t have to comply with the Balance of Power regulations. The McLaren Trophy series will begin in 2023 and will be held at five locations across Europe.

The McLaren Artura Trophy is based on the Artura PHEV road car, but will only use its 585hp, 3.0-litre V6 engine. In comparison, the road-going Artura also gets a 93hp electric motor and the combined power output is rated at 680hp. The Artura Trophy also gets a revised exhaust system that the carmaker claims makes the racecar sound even better. Furthermore, it also has a big wing aiding downforce.

Being freed from Balance of Power regulations allows owners to tweak their Artura Trophy racecar to GT4 specifications by just adjusting the engine management software and aerodynamics package. Balance of Power is a regulation that allows competing vehicles to maintain parity by adjusting parameters like weight, horsepower, engine management and aerodynamics.

The Artura Trophy makes more power and has more downforce compared to the Artura GT4 racecar. Each Artura Trophy will be prepared by individual race teams.

The one-make championship will be a support series for the GT World Challenge Europe in 2023. The Pro-Am series will pair amateur drivers with professional racers, where the former will qualify the car and start the race before handing over the reins to the more experienced racer.

The McLaren Trophy Championship for 2023 will start in June and will be held in France, Italy, Belgium, Germany and Spain. Additionally, teams with McLaren 570S Trophy cars, which earlier took part in the Pure McLaren GT Series, will also be eligible to take part in the championship.

Launched in 2021, the Artura PHEV is the British carmaker’s first foray into its era of electrification. It has an electric-only range of up to 31km at speeds of up to 130kph. Its combined fuel economy exceeds 17.7kpl, claims Mclaren.

Although launched in India in June 2021 alongside the McLaren GT, 720S Coupe and 720S Spider, McLaren is yet to announce the prices of the Artura PHEV.