Masters of our destiny? The automotive industry needs to widen its gaze 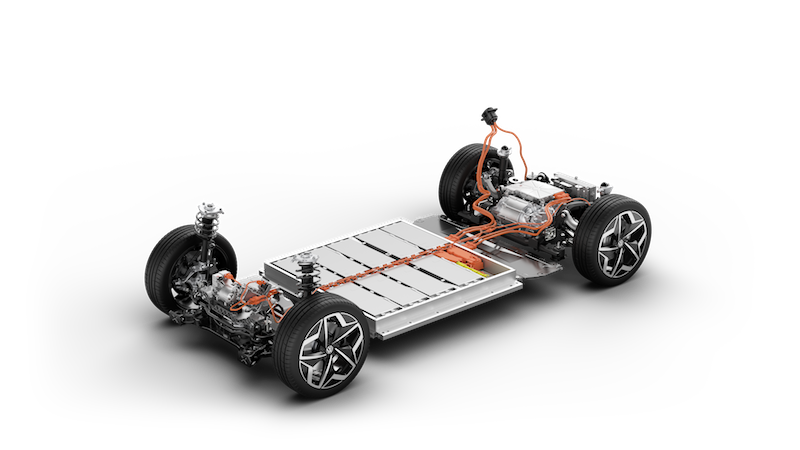 Inma Martinez explores how mobility will evolve to tackle healthcare, quality of life, societal equity, and the looming energy crisis

There is an emerging wave of transformational change elevating the automotive industry to a catalyst role in the future of many industries. This challenge demands going beyond the core business of products and services. It puts the automotive industry in centre stage to drive societal welfare by becoming an agent of change for global issues that civilisation is trying to resolve at mass scale. The automotive industry has evolved as it is forced to deal with issues such as the climate crises, but it also faces wider challenges reaching out to healthcare, quality of life, societal equity, and above all, the energy crisis of 2050.

Away from the mainstream themes of automated driving and the worthiness of switching to an electric vehicle (EV), the conversation must also address the unique circumstances that the automotive industry is currently undergoing and appreciate the kaleidoscopic nature of its many innovations beyond current industry developments and futuristic vehicle concepts.

Together in electric dreams

There is a dark cloud brewing in the horizon: the lack of energy resources that will begin to dent industries around 2040 revealing that electricity alone will not suffice to power civilisation. There seems to be the assumption that the sustainable, green future of zero CO2 emissions will reside on the success of EV adoption alone, but it doesn’t work that way. The consensus within the energy sector is that the green future will also have to be delivered via other transformative approaches built around combustion-efficient power engines and the development of green byproducts. The hard reality is that by 2050 there will be an electrical energy constrain not just on the supply side, but also in the cogeneration.

Electricity alone will not suffice to power civilisation

As Jeff Bezos simply put it in an address in 2019 to his space company employees: “We are going to space because we need to explore new sources of energy beyond renewables.” The image that he painted was as raw and straightforward as it could possibly be: “Even if we were to plant photovoltaic fields on every surface of the Earth, the demand for electricity would outstrip supply.”

Bezos is not alone in uttering this acute prognosis. According to the World Energy Council, the world energy mix by 2050 will continue to be mainly derived from fossil fuels even if global electricity generation will increase between 123% and 150% by mid-century. This outlook was a challenge attained and accepted by the oil and gas sector about 15 years ago when it became clear that upstream activities, that is, prospecting and drilling for fossil fuels, was coming to an end in terms of Earth resources. Moreover, that their business model was unsustainable and crass because they had created a monster-industry that treated prime resources as if they were disposable commodities, burning them to power cars and deriving single-use plastic products that people and companies threw in their bins. The hard realisations of where the change had to happen have recently transformed this industry into one that seeks a very green and sustainable business model: re-utilisation.

Extracting the highest potential of everything

This is a trend that will permeate every aspect of the auto industry in the years to come. It is evident now in Volkswagen Group’s plans for EV leasing programmes: same battery and chassis under a completely new everything-else every two-three years. A typical car today has an average lifespan of around 300,000 km. The batteries in EVs can take it to between 500,00 and 1 million km, so their reutilisation potential is off the charts.

Where it comes to energy re-utilisation, the fossil fuel energy sector stopped production output quite a few years ago, focusing instead on optimising its uses. Quite simply, we are no longer drilling for oil, but extracting further uses off the current reserves that we have barrelled in order to improve efficiency and reduce emissions and costs in fossil fuel energies (mid- and downstream activities). As of January 2020 the average net profit margin for the oil and gas drilling industry was just 6.8%, with McKinsey & Co. reporting a third price collapse in the last 12 years. Upstream is dead as a business model, so the innovation efforts are focused now on sustainable approaches that will contribute to the success of the engineering advances of internal combustion engines, in specific of compression ignition and its potential to deliver almost zero emissions in the future.

Additionally, an emerging new approach is bound to create a real revolution in combustion engineering: 3D printing engines. This is what Scottish start-up Orbex has managed to do with its rocket engine, designed to work with bio-propane, a clean-burning, renewable fuel source that cuts carbon emissions by 90% compared to fossil hydrocarbon fuels. It’s a 3D printed engine that can sustain the thermal and velocity forces that come into play when you dare leave Earth’s gravity, not just a Formula 1 five-ring circuses of speed. It is not only common sense but good business and sensible strategy to work on combined approaches to power units because the electric future will be bamboozled by a third element of distress, one that goes beyond environmental sustainability: energy equity.

If the world population is expected to reach between 8.7 and 9.4 billion people by 2050, the needs and energy affordability of each individual will have to be taken into account across the economic divides of the developed and underdeveloped countries. A palpable trend permeating every government today is the need for inclusion, not just social or economic but of facilitating access to services. There is growing consensus in completely steering away from the energy consumption paradigm within consumer pricing scenarios, and re-imagining a subscription to the grid model for those consumers who give unused energy from their homes and EVs back to the grid.

The trouble is that this model is built for a handful of countries in the developed world and it is not expected to fit into other electricity markets. According to the US Energy Information Administration (EIA), even when renewables will make up 47% of the world’s sources of energy portfolio, the biggest contingency to manage will be demand for energy and the prioritisation of what gets to take prevalence in the need for power. How will the grid cope with over-demand if we are proposing to build a self-distributed network that mainly moves old energy around and we are incapable of generating new electricity in the ways that science and engineering have devised to-date? Equitable energy the way that renewables are currently put to work today will not suffice.

The automotive future is thus heavily reliant on the innovation pathways of industries outside of its remit. As a case in point, consider the current crisis of microchips affecting the manufacturing of new vehicles across every single automaker, and the dysfunctional economics of second hand cars now costing almost 15% more than new ones because some people cannot wait any longer for their Porsche Targas.  The globalisation of business, geopolitics, and macro-economics of industries have also forced the automotive sector to create synergies across other peripheral industries such as telecommunications and computer science.

As higher degrees of autonomy makes their way into vehicles, the success of vehicular communications will be intimately dependent on the success of all mobile spectrums, not just 5G. In as much as the zero emissions take the headlines, the underlying challenge of the automotive industry continues to be safety, and here is where urban planning will be added to the mix.

There is a push to create bigger awareness with governments and local authorities about the urgent need to develop vehicular ad hoc networks (VANETs) that will connect and manage vehicle travelling data and their communications to other vehicles and the roads. There seems to be a gap in the autonomous vehicle narrative that focuses on the praises of computer vision for situational awareness. It completely neglects to mention that, above and beyond being able to visually identify objects in its path and surrounds, a vehicle will need to be connected to everything (V2X). For this, VANETs will have to be designed with cyber-physical systems (CPS) where computer-based algorithms will reveal how the flow of traffic is smoother or denser, slower or faster, in order to avoid accidents and traffic jams, send vehicles to recalculated routes, and prevent clogging the approach pathways to urban centres. Transportation will increasingly merge with telecommunications and urban planning in the next 20 years and this needs to be brought to the discussions. When VANETs roll-out and Road Side Units turn the motorways into smart highways, the twentieth century traffic infrastructure will be lifted off the pavements, because vehicles shall not need to see traffic signs or red lights, but urban infrastructure peppered with humans, bikes, trees and animals. In the architecture circles we talk about “reclaiming the streets”: making the cities more “liveable”, more human-centric, more fit for the purpose of a life lived with quality.

The globalisation of business, geopolitics, and macro-economics of industries have also forced the automotive sector to create synergies across other peripheral industries such as telecommunications and computer science

There is another area that will emerge from the automotive sector in the next ten years: driver biometrics as a new health data layer. The vehicle cabins currently designed for concept cars are fitted with biometric sensors able to predict the early development of Alzheimer’s, or if you are undergoing an unexpected brain stroke. Some automakers have seized the opportunity and are currently working on personalised health monitoring systems at scale that take vital signs readings, store them and keep track of a driver’s health. Traditional health check-ups can only deliver ad hoc, one-off results. Healthcare, thanks to technology, is becoming a preventative industry, one that is seeking partnerships and alliances outside of the traditional clusters. For the first time, the automotive and the healthcare sectors are having product design collaborations because the future is about self-empowerment, not just about transportation arrangements.

About the author: Inma Martinez is a technologist who pioneered the mobile Internet and an A.I. scientist who has worked across a variety of sectors, including the aerospace and the automotive industries. Her latest book “The Future of the Automotive Industry: The Disruptive Forces of AI, Data Analytics and Digitisation” is out now on worldwide release by Apress Media New York.