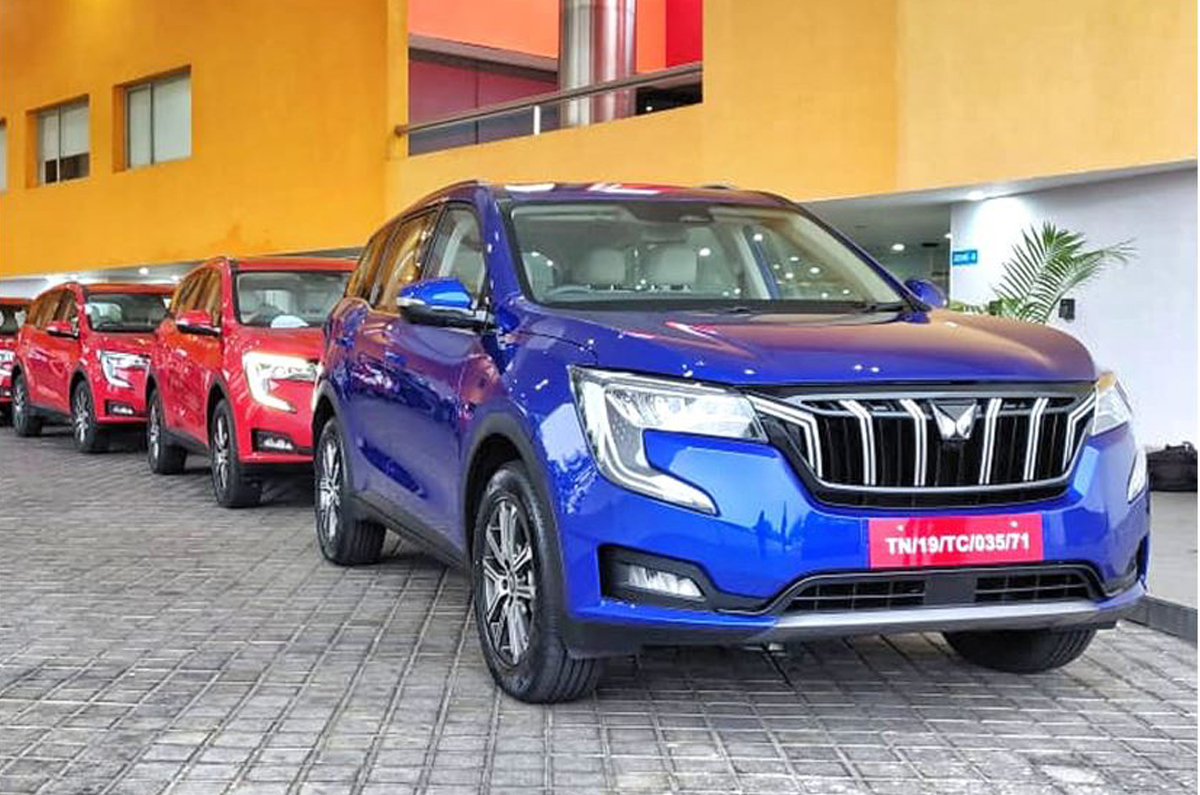 Mahindra is set to open bookings for the upcoming XUV700 in the coming days and we now have got our hands on the SUV’s variant nomenclature. Price announcement for the XUV700’s complete line-up is also expected to take place soon. As is already known, the XUV700 will be available in two broad trims – MX and AdrenoX (AX) – and will be offered in both five- and seven-seater layouts, with petrol and diesel engines across the range.

Under the hood, the XUV700 gets a 2.0-litre, four-cylinder, Mahindra mStallion turbo-petrol unit that’s tuned to produce 200hp and 380Nm, while the diesel is a 2.2-litre, four-cylinder mHawk turbocharged unit that comes in two states of tune. The lower-powered unit (reserved for the entry level MX version) produces 155hp and 360Nm, while the unit in the AX variants churns out 185hp and 420Nm (450Nm with the automatic gearbox).

The XUV700 line-up starts with the entry-level MX variant that gets a 200hp, petrol and a lower output 155hp diesel  engine. While the petrol engine will be offered with both 6-speed manual and automatic gearboxes, the diesel engine only gets the manual gearbox option. Also, the MX Series will only be available with a five-seater configuration.

The AdrenoX series, on the other hand, will feature three trims – AX3, AX5 and AX7 – and will be offered with the 200hp petrol and a higher-output 185hp diesel engine. All  XUV700 AX series SUVs get the option of both manual and automatic gearboxes, except for the petrol AX3 and AX5 seven-seater variants, which are only offered in manual guise.

As far as seating options go, the XUV700 AX3 and AX5 will be sold with the choice between five- or seven-seater layouts, while the AX7 is solely available as a seven-seater. Additionally, the all-wheel drive is solely reserved for the top-spec AX7 diesel-AT variant.

The top-spec XUV700 AX7 trims will likely also be offered with three optional packs, as denoted by the C, T and L abbreviations, which possibly suggest ‘Comfort’, ‘Technology’, and ‘Luxury’ packs.

For a detailed look at what each series and trim has to offer in terms of features and equipment, click here.

Given its flexible seating configuration options, the new Mahindra XUV700 will have to contend with both, 5- and 7-seater SUVs. It will rival 5-seat SUVs like the Hyundai Creta, Kia Seltos, MG Hector, Skoda Kushaq, the upcoming Volkswagen Taigun and three-row SUVs like the Tata Safari, MG Hector Plus and the Hyundai Alcazar.