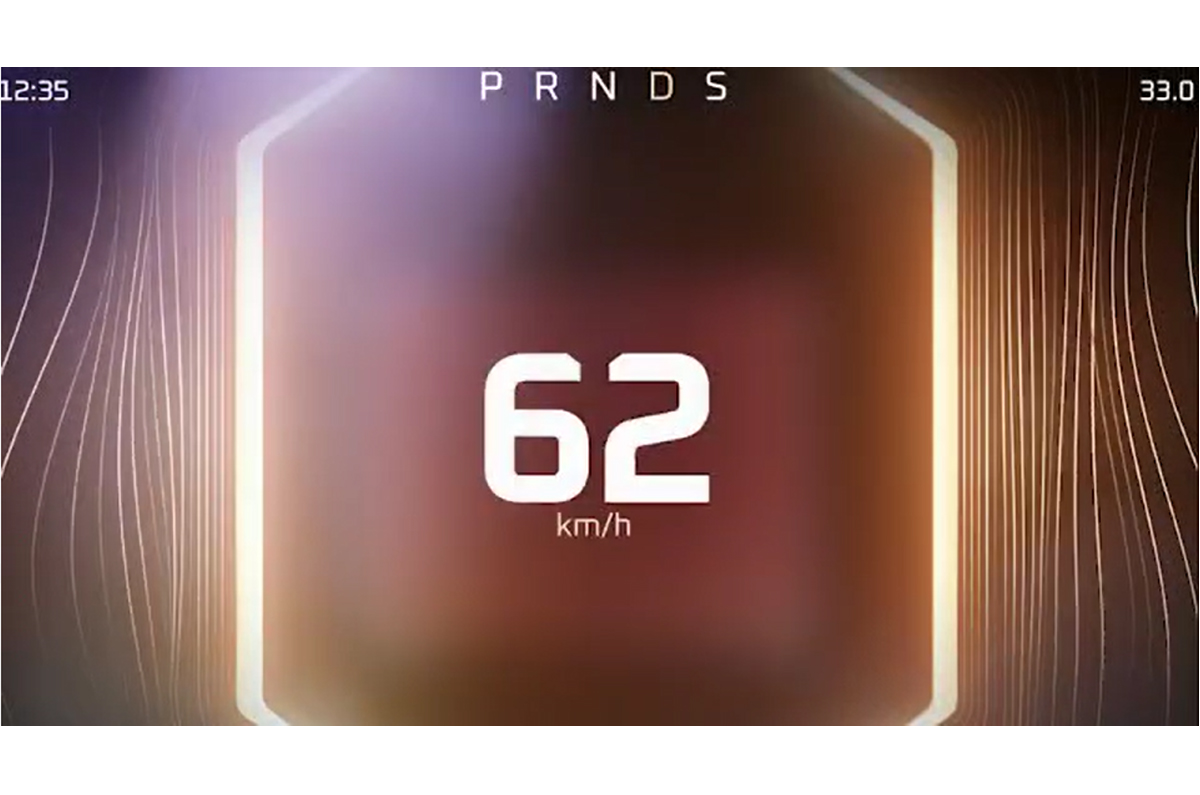 Owners can pre-customise and save climate control and seat settings, ambient lighting, music and more.

Mahindra teased silhouettes of all five upcoming EVs a few days ago, and now, they have dropped a second teaser previewing the infotainment screen, which gives out interesting details of the equipment list on the upcoming SUVs. The global unveiling of Mahindra’s much anticipated range of Born Electric vehicles is slated for launch on August 15.

The latest teaser reveals that the upcoming range of Born Electric vehicles gets completely new infotainment graphics. This is different from the current AdrenoX system used in the XUV700 and Scorpio N as the layout is lot more minimalistic here.

The teaser also previews a set of in-car functions that will be offer – powered seat adjustment, multi-zone climate control, music preference settings and ambient lighting. A host of other advanced connectivity features can also be expected. Also, a dual-screen set-up for instrumentation and infotainment duties, which was seen in previous teasers, has also been confirmed.

While Mahindra has given us a glimpse of these upcoming Born Electric vehicles before, this latest teaser shows a one of five SUVs in a little more detail. The large SUV will have a stubby rear end with highly raked front and rear windscreens and short overhangs. The floor-mounted battery pack will likely be compatible with DC fast charging.

Another key takeaway is that the vehicles will also come with Sport mode apart from the regular drive modes. Previously, the carmaker teased images of the C-shaped LED light signatures for the headlamps and tail-lamps on these upcoming EVs.

Mahindra Born Electric vehicles: what else is known

Mahindra has been coy about any technical details for the upcoming range of Born Electric vehicles so far. What is known is that all five models will be SUVs, with four having a coupe-SUV body style. One could even be an electric version of Mahindra’s current flagship, the XUV700. The long awaited XUV900 SUV-coupe concept could also likely be on the cards.

All five models have been developed and designed at the Mahindra Advanced Design Europe (MADE) studio in Oxfordshire, UK, headed by chief designer Pratap Bose. Designed as electric vehicles from the grounds up, and slated to be global models, these upcoming range of Born Electric vehicles will be positioned above any of Mahindra’s existing products.