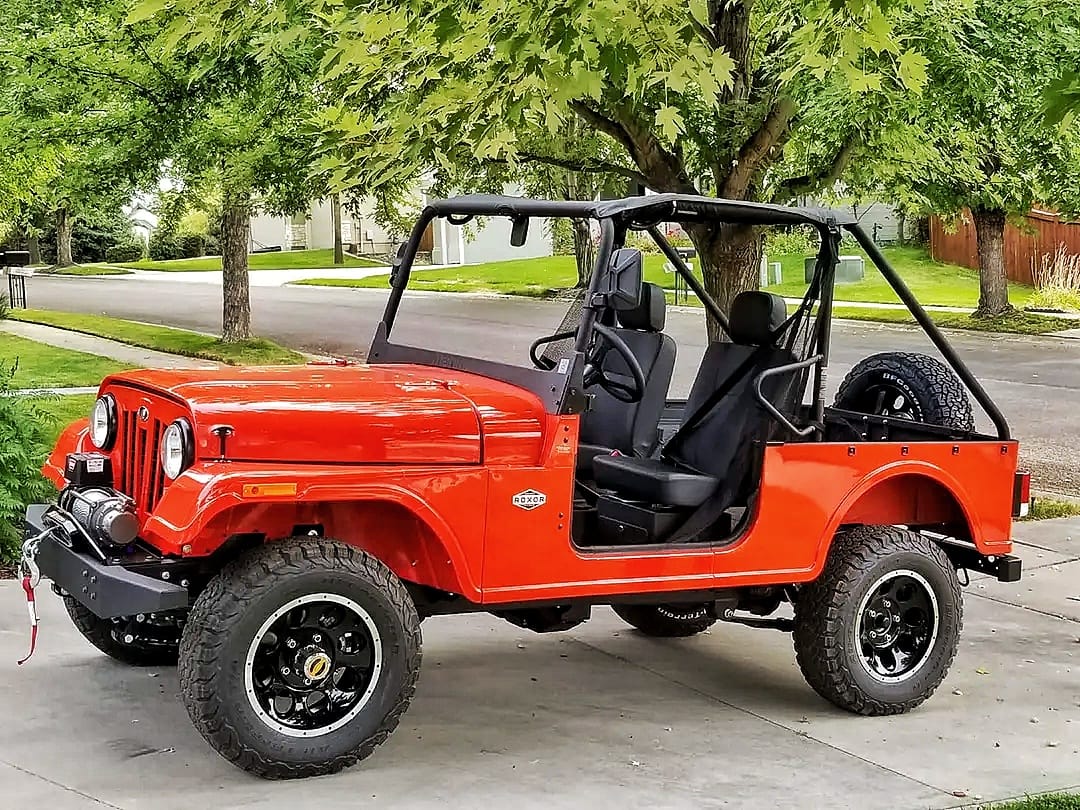 Despite multiple design tweaks, the Roxor again faces issues due to its Jeep like-design cues, this time by the the 6th US Circuit Court of Appeals.

Fiat Chrysler automobiles which is now part of Stellantis, was given another chance to deter Mahindra’s Roxor off-roader from being sold in North America. The Mahindra Roxor is an off-roader based on the previous-gen Thar and has been known for its design dispute since it was launched in the US back in 2018.

Since its market introduction, FCA has been attempting to stop sales of the Roxor due to its design resemblances with Jeep SUVs and other products. The saga started in 2019 when Fiat Chrysler claimed Mahindra’s Roxor design copied trademark-protected components of its Jeeps and filed a lawsuit against it in Michigan and before the U.S. International Trade Commission.

Since then, Mahindra has tweaked the design of the Roxor in early 2020 and again in late 2020 in order to make it look different, based on the court rulings, with the last one being the Detroit federal court’s determination that Mahindra’s post-late-2020 Roxors were unlikely to cause consumer confusion.

A Detroit federal court blocked Mahindra from selling pre-2020 Roxors, but rejected its bid to block sales of its heavily redesigned version of the off-road-only vehicle. U.S. District Judge Gershwin Drain’s decision was based on an ITC ruling that the Roxor did not infringe Fiat Chrysler’s trademark rights because the average person would “know immediately” from looking at it that it is not a Jeep.

Now, this ruling has been deemed by the 6th US Circuit Court of Appeals to have used the incorrect test. The 6th Circuit said on Monday that because M&M was already a known infringer, the court should have held it to a stricter standard. According to US Circuit Judge Helene White’s reasoning for a three-judge panel, Mahindra’s new design had to maintain a “safe distance” from Jeep designs. “Because a court can enjoin even a non-infringing product under the safe-distance rule, the simple fact that a known infringer’s redesigned product is non-infringing does not support the conclusion that the safe-distance rule should not apply,” White reportedly said.  The appeals court remanded the matter to the Detroit court so that it could determine whether the new Roxors maintained a “safe distance” from the Jeep design.

According to a Mahindra spokesperson, the company is optimistic that the case’s result will be “compatible with the prior verdicts” in its favour. Stellantis NV, the parent company of Fiat Chrysler, declined to comment on the decision.

The Roxor has slowly become a popular choice for an off-roader / side-by-side vehicle in the United States. While the vehicle cannot be driven legally on roads and is for off-road use only, there are some states in the US that permit its usage on legal roads as well.  Mahindra sells the Roxor in the USA with a 2.5-liter diesel engine mated to a five-speed manual gearbox and also an optional automatic transmission.  The off-roader is assembled in Detroit and is currently on sale only in the United States.