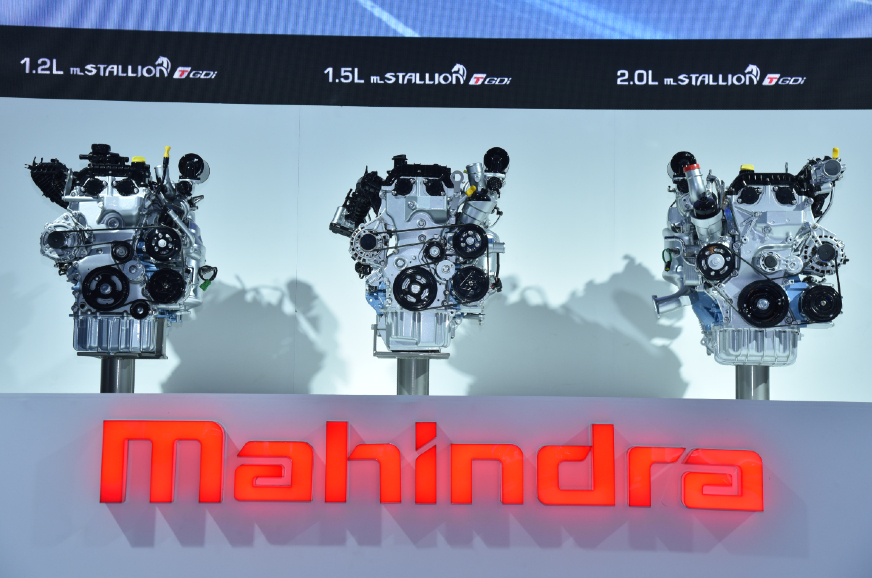 Once seen as a diesel-only vehicle type, and quite often with a 4×4 option, the SUV is undergoing change in more ways than one in India. A key one is the presence of a petrol engine in it. Sale of petrol SUVs, largely in the sub 4-metre segment, is on the rise for some time now. Why is that? Read on to find out.

The Indian customer requires the space, prefers high seating position and the ground clearance an SUV offers. The image factor also plays a role. The petrol engine offers a refined and quieter drive, at a comparatively lesser cost than an equivalent diesel option.

Also, the start of the BS6 emission regime on April 1, 2020 made it more challenging for diesel engines, especially in compact vehicles, leading to a faster migration to petrol vehicles in the market. These are a few good reasons to understand why the market is shifting towards petrol engines.

This is the case with Mahindra & Mahindra (M&M) too. The company, known for its rugged body-on-chassis utility vehicles, is making new progress with petrol SUVs. Its new Thar has received a good market response and currently around 25 percent of its sales come from the petrol variant. The automatic version is also witnessing good demand, and the combination of the auto gearbox’s driving convenience and the petrol engine’s refined driving experience makes it a good choice especially for urban markets.

Speaking to our sister publication Autocar Professional, R Velusamy, chief of Global Product Development, M&M, said, “Customers like to experience the SUV character of the vehicle, and they are also used to gasoline (petrol) characteristics. Bringing this together is what the customers want — a convenient and comfortable car.”

He adds that the XUV300 too is seeing a fair amount of customer traction for the petrol variant albeit the cost factor plays a role here. Currently, around 47 percent of the XUV300’s sales come from the petrol variant powered by a 1.2-litre, turbocharged engine which falls in the middle of M&M’s new family of petrol powertrains named mStallion. The other two are a naturally aspirated 1.2-litre version that does duty in the KUV100, and the 2.0-litre one that powers the new Thar.

On the commercial vehicle side, the range starts from 0.6 litres and with an option of CNG too. “We have been developing petrol engines since 2012. The first engine is the naturally aspirated 1.2-litre petrol engine for the KUV, followed by a turbocharged version. We later developed a 1.5-litre TGDI (Turbocharged Gasoline Direct Injection) engine and it is yet to see the light. The new Thar has the 2-litre TGDI engine,” details Velusamy.

But how does a petrol engine deliver the torque that an SUV or an off-road vehicle requires? Here’s where the innovation lies. According to Velusamy, “Our diesel engines (mHawk) that power our SUVs are the best. We brought the same principle to petrol. But the way it works is different as diesel works with heavy torque and petrol works with high speed. We bought in TGDI technology to get the efficiency and torque to the Thar. When you have a turbocharged engine, there is no need for much engine speed as there is high torque and the gear ratios come down.”

“You can manage at 4,000rpm and you have to increase the stroke for efficiency and decrease the bore. This is where many petrol engine makers were caught out. We took a solid bet on the turbocharged engine, where our strokes (88mm) will be much longer than bores (76mm). We had a similar approach to the CRDE engine, where AVL is the partner for both,” says Velusamy.

M&M’s efforts in gaining a good presence in the emerging petrol SUV market were not limited on the technical side alone. Beyond offering well- engineered powertrains, it had to put serious efforts in gaining market acceptance because of the legacy of its product portfolio, which was virtually all-diesel.

M&M’s first urban SUV Scorpio had a petrol variant, sourced from Renault, but it had a very little market presence. It’s a similar story with its flagship SUV, the XUV500. The story is quite different for M&M’s new set of models. “We obviously put a lot of effort in terms of promoting the entire gasoline range that we have, including specifically for the XUV300,” Veejay Nakra, CEO – Automotive division, M&M tells Autocar Professional. The strongest focus, as part of the efforts to gain recognition that M&M can also build good petrol SUVs, was to ensure availability of a petrol XUV300 test-drive vehicle in every dealership and to make customers test drive them. “I think with the launch of the XUV300 petrol, and now with the Thar in petrol, clearly the legacy that Mahindra carries, of being a diesel engine manufacturer, we’ve been able to make a significant shift,” says Nakra. He is bullish that the upcoming launches, codenamed W601 (new XUV700) and Z101 (new Scorpio), will further help change its legacy image. Given the size, and performance requirements of both these models, it’s quite likely that their petrol variant will be powered by the most powerful among the mStallion engines.

Mahindra’s plans for the future

With new emission and crash regulations in place, the average vehicle weight is on the rise. Propelling additional kilos calls for more torque and the turbocharged direct injection technology is the chosen option to match the inherent torquey characteristic of a diesel engine. This suits every Mahindra vehicle, says Velusamy. The company also follows the RDE (Real Driving Emission) norms prevalent in Europe, which reflects M&M’s ambition to tap overseas opportunities as well as be prepared well in time to meet the RDE norms in the domestic market, expected to kick in from April 2023.

While the shift to petrol vehicles is an ongoing trend in the market, OEMs are also preparing themselves for the emerging electrification trend. Velusamy says electrification is already possible on some platforms. For an OEM like M&M which has a major presence in semi-urban and rural markets, not all models may have an electric option. “This depends on the business economy. As of now, we cannot rule out any platform as it is work in progress. We have not fully decided on which should have the e-version,” says Velusamy. The Thar, for example, can be offered with an electric option too, “but it all comes to the business needs”. Be it petrol, electric, or diesel, product development, Velusamy says need is another key ingredient. “At the end of the day, it is all about the passion to develop new products for the future, and the passion for physics.” says the true-blue engineer.

As for M&M’s drive in the petrol SUV space, the journey is set to get more interesting and competitive. Depending on the size of its models, the share of petrol in Mahindra models is expected to settle between 35 to 50 percent in the coming years.