MaaS: the role of the automaker remains unclear 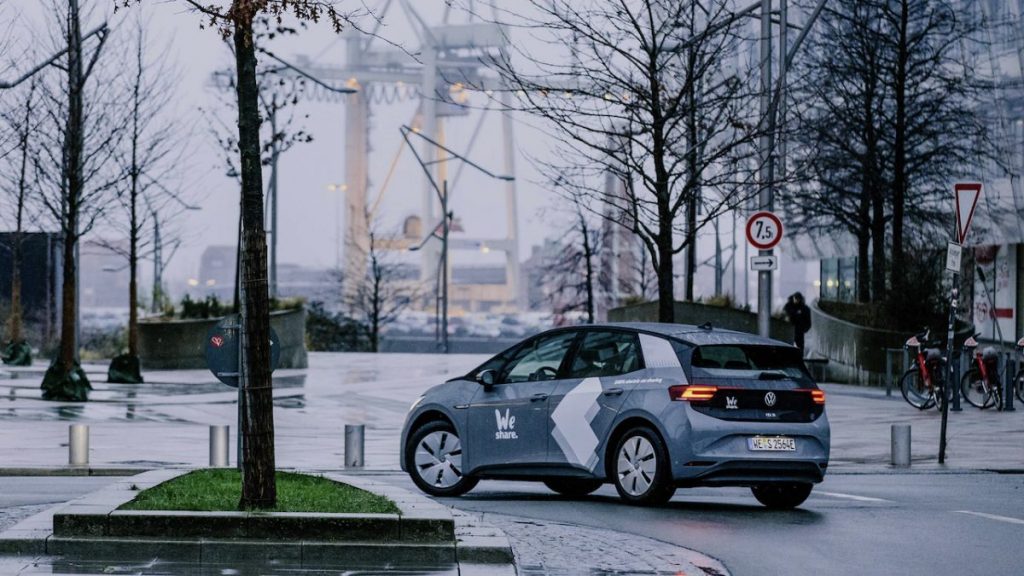 Only time will tell if money can be made through on-demand ride services, and so trials continue. By Freddie Holmes

First there were taxis. Then, with the advent of smartphones and growing clamour for on-demand services, ride-hailing exploded onto the scene. Uber first launched in 2009 and has since become synonymous with the trend, while others including Didi, Lyft and Ola have also captured sizeable portions of the market. With automakers scouting new opportunities to diversify, some of the industry’s biggest names have followed suit. But not everyone has taken the same route, and not all ventures have been successful.

Ride-hailing has attracted many new entrants, but it is car-sharing that has caught the attention of most automakers. General Motors set up its own business unit, Maven, to drive car-sharing operations across the US and Canada; the unit was scaled back in 2019 and eventual7ly shut down completely soon after. Daimler’s Car2Go and BMW’s DriveNow services initially struggled and eventually merged to provide car-sharing in Europe. The new venture seems to be doing well: Share Now currently operates in 16 cities across eight countries, and in June it began to offer electric Fiat 500s alongside its BMW, Mini, Smart and Mercedes models.

However, a compelling argument for automakers to pursue Mobility as a Service (MaaS) is yet to be made. The signs so far suggest that money might be better spent—or at least more easily recouped—elsewhere.

One service faring well is WeShare, an EV-only car-sharing business run by Volkswagen. The service began in June 2019 with a fleet of 1,500 free-floating Volkswagen e-Golfs in Berlin, but has quickly expanded to add more cars in more cities. As of July 2021, WeShare operates in Berlin and Hamburg with a fleet of 2,300 cars, now a mix of e-Golf and ID.3 EVs. Opportunities in Madrid, Paris and Prague had been scouted prior to the pandemic, but plans for expansion have been halted for the time being.

“We are currently optimising operations in both Berlin and Hamburg before we plan to continue our expansion to further German and European cities,” a spokesperson told Automotive World. WeShare was able to increase its customer base and fleet utilisation by more than 100% in 2020, but like many new MaaS ventures the service is not yet profitable. The business is “on good track to reach that goal over the course of the next few years,” they advised.

WeShare remains bullish on the prospects of car-sharing in general and expects demand to grow following social distancing trends and a new penchant for personal space. “Even though we had to face a dramatic decrease in demand during the first lockdown in March and April 2020, car-sharing has proved to be a very successful shared mobility option ever since,” the spokesperson added. “People started to appreciate the reliability and safety of individualised sharing systems such as car-sharing for their personal pandemic mobility.”

Broadly speaking, many OEMs do not have the necessary user base for MaaS

Mobilize, a division of Renault, has absorbed the Zity car-sharing services that have been running in Madrid and Paris, which use Renault Zoe EVs. The company says it has learned from the failures of other car-sharing schemes and is aiming for near-term profitability, with Madrid already at breakeven. PSA’s Free2Move—now under the Stellantis brand—has found success in Europe and also in US cities such as Washington, DC and Portland. Car-sharing appears to be the preferred route, and ideally with EV fleets.

Where do automakers fit in?

Lukas Neckermann is Chief Strategist Advisor at Splyt, a company that brings together different mobility providers under one platform. Speaking at Future Mobility Europe, a two-day virtual conference, he explained that automakers have never really had a direct relationship with consumers since vehicles are sold mainly through leasing companies and dealerships. Because of this, he says, efforts from some automakers to build a relationship with ‘mobility consumers’ have not always been successful. “Broadly speaking, many OEMs do not have the necessary user base for MaaS,” he told Automotive World.

Neckermann suggests that it may make sense for automakers to continue serving as hardware providers. “If you’re looking for profit, you need to find that segment of the value chain where you can actually add value,” he explained. “MaaS doesn’t happen without vehicles of some shape or form, so for some OEMs it will be about providing the vehicles that are needed, and perhaps the supporting software.” There are other elements to consider, such as building the scale required to support a low-margin business: on-demand shuttles operate much like a public bus and need plenty of passengers to make sense.

“Let’s not forget that in most cities, public transit is not a profitable business to begin with—it is subsidised,” emphasised Neckermann. “To go from a business model with far smaller margins, you need some serious operational benefits to generate any kind of a profit. Frankly, getting out of the automotive business and into public transit is probably not in the interest of most shareholders.”

Some automakers see promise in on-demand shuttles. These would collect passengers along a route much like a bus, all organised and paid for through an app. Ford’s failure here has underlined the challenge ahead: it acquired private bus company Chariot back in 2016, but by 2019, the business was shut down. Volkswagen’s Moia division is running a similar ride-sharing service in Germany using a fleet of electric vans. Moia will be the first to use a microbus variant of the upcoming ID.Buzz van when it launches in 2022, with intentions of running fully autonomous shuttles in future.

The few automakers that have managed to secure a loyal and growing user base will continue to invest in on-demand ride services. With low operational costs and the ability to, in effect, sell cars to cities, car-sharing appears be the pick of the bunch for now. Ultimately, it remains very early days and many automaker-led services have either struggled, merged with competitors or closed down entirely. It is reasonable to assume that new winners and losers will emerge in coming years as consumer trends evolve.

FY2021: Centre collects over Rs 3.34 lakh crore in duties on petrol and diesel