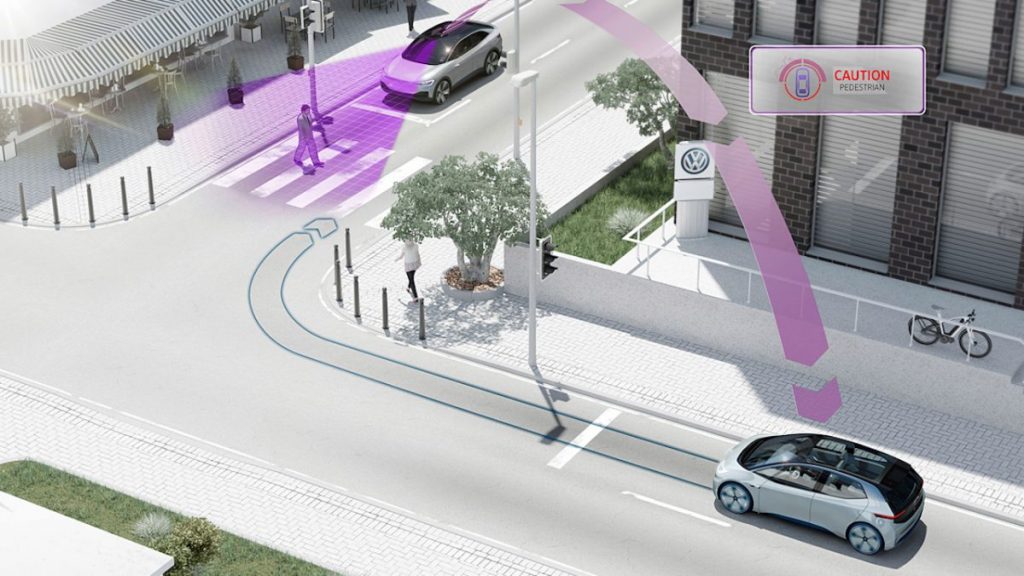 Faster, more reliable communication underpins the automotive industry’s ambitions around connectivity, one of the four main pillars of the CASE megatrend movement. As such, 5G has captured the attention of a wide array of stakeholders, from automakers and Tier 1s to chipset and wireless module suppliers.

Standards around 5G are evolving quickly. Interested parties are seeking clarity around what kind of functionalities will be supported in upcoming releases, and when capable products will become available. Early efforts have already pushed the very latest 5G chipsets into the industrial sector, and experts say the automotive space is poised to receive a new wave of advanced functionality.

Cellular chipsets are defined by Third Generation Partnership Project (3GPP) industry standards. New 3GPP releases have gradually rolled out to support bigger and better use cases across different industries, with Release 15— launched in 2018—said to have set the foundation for automakers to begin introducing 5G capabilities. The most recent update, Release 16, came in 2020 and was seen as the first major step in the 5G evolution, growing from mobile broadband to support a broad array of Internet of Things (IoT) devices, automated vehicles and smart cities.

The 3GPP Release 16 standard has already been published, but it takes time for companies to put together products that are based on those standards. In June 2021, for example, Qualcomm released the industry’s first 5G modem-RF system based on 3GPP Release 16, designed for smart factory applications and other facilities such as airports, stadiums, hospitals, offices and homes. However, automotive is a more complex sector and it is taking longer for chipsets to make their way into the field.

That will soon be changing, but the specifics are unclear at this stage. Manfred Lindacher is Vice President of Sales, Automotive at Quectel, a global supplier of cellular IoT modules and antennas. He explains that Release 15 was considered more of an intermediate solution for the automotive space, with most interested parties awaiting a technological expansion through Release 16. He expects several announcements will be made during CES 2022, offering clarity as to when new automotive 5G chipsets will be launched and setting the stage for a wave of mass market deployments over the next few years.

With C-V2X going into the Release 16 standard, this will provide a higher level of performance

“We already have indications as to the availabilities of chipsets from key chipset suppliers, and we are seeing the first OEM customer projects that will rely on those new chipsets being scheduled for the first half of 2025,” he told Automotive World.

The slower rollout in automotive, he explains, could stem from the fact that the sector has “completely different technical and reliability requirements” compared to some other industries. In the IoT context, vehicles are dynamic devices, constantly crossing through different wireless network environments and with an array of safety-critical requirements. Compared to the consumer electronics space, where the focus is mainly on fast streaming or web browsing, the difference in complexity is vast.

How will Release 16 benefit automakers?

There are a handful of key benefits for Release 16-based chipsets in automotive. With more reliable low-latency communications, cellular vehicle-to-everything (C-V2X) safety features can be supported, while also supplementing efforts around autonomous driving and driver assistance functions.

In some cases, C-V2X systems aim to prevent an accident from happening in a space of milliseconds, and so low latency is crucial. Lindacher highlights that other vehicle applications also need low latency, such as teleoperation. Some developers are working on solutions that allow specialists to take control of a driverless semi-truck in complex traffic while others see teleoperation as a possible fallback in the event of a medical emergency in a semi-autonomous car. In both cases, he says, there is a need for an almost zero-latency system.

“If you were to take remote control of the car after the driver has suffered a heart attack the current cellular ecosystem does not offer a reliable latency,” Lindacher explains. “That means you do not know if what you see on your monitor back at base is up to date or if you are suffering a delay.” Even a delay of just three tenths of a second could make a big difference. “With C-V2X going into the Release 16 standard, this will provide a higher level of performance and prepare these kinds of functions for real-life applications,” Lindacher emphasised.

Importantly, Release 16 should reduce the cost of 5G-based functions for automakers, moving this level of performance into more vehicles and segments. “We will see functionalities becoming a little bit more affordable,” Lindacher explains. “The current 5G programmes in Release 15 were mostly early adopter programmes under premium OEMs. But with Release 16, we expect the volume of chipsets to increase, thus making it more affordable for mass market manufacturers who will be able to address lower vehicle segments moving forward.”

With upcoming 5G-based chipsets set to push new functionalities further into the market, the role of 4G could be eroded slightly. However, 4G is far from obsolete, and even with a full roll-out of 5G, many in-vehicle features will continue to rely on 4G LTE. For example, the latest C-V2X chipsets based on 3GPP R16 can support both LTE-V2X and 5G-based C-V2X—allowing the car to shift between 4G and 5G networks just like a smartphone.

Lindacher explains that 5G infrastructure is being built out to support the growing number of 5G-enabled devices—and vehicles—that are set to launch in coming years. “Imagine you have one cell, and this cell can manage a certain number of devices in the network. If you compare a typical 4G cell with a 5G cell, the network density—the number of devices that can be supported and which can operate simultaneously—is significantly higher in 5G,” says Lindacher. “This dynamic is only improving with each of these 3GPP releases.”

Quectel was founded roughly 12 years ago in China as a module maker, focussing primarily on IoT business. It has since expanded globally across all verticals and now claims to be the largest cellular IoT module manufacturer in the world, alongside a vast range of external and embedded antennas. With the burgeoning trends around vehicle connectivity, autonomous driving and V2X, the company sees significant growth stemming from 5G in automotive and is positioning to provide its customers with the latest Release 16-enabled solutions.

“We are the enabler for those who implement all of these kinds of solutions into vehicles and the wider infrastructure,” Lindacher concludes. “As such, we are excited to see the latest announcements that will be coming from the chipset makers. Given that CES has become something of an automotive-centric show, we expect to see that happening during this year’s show.”