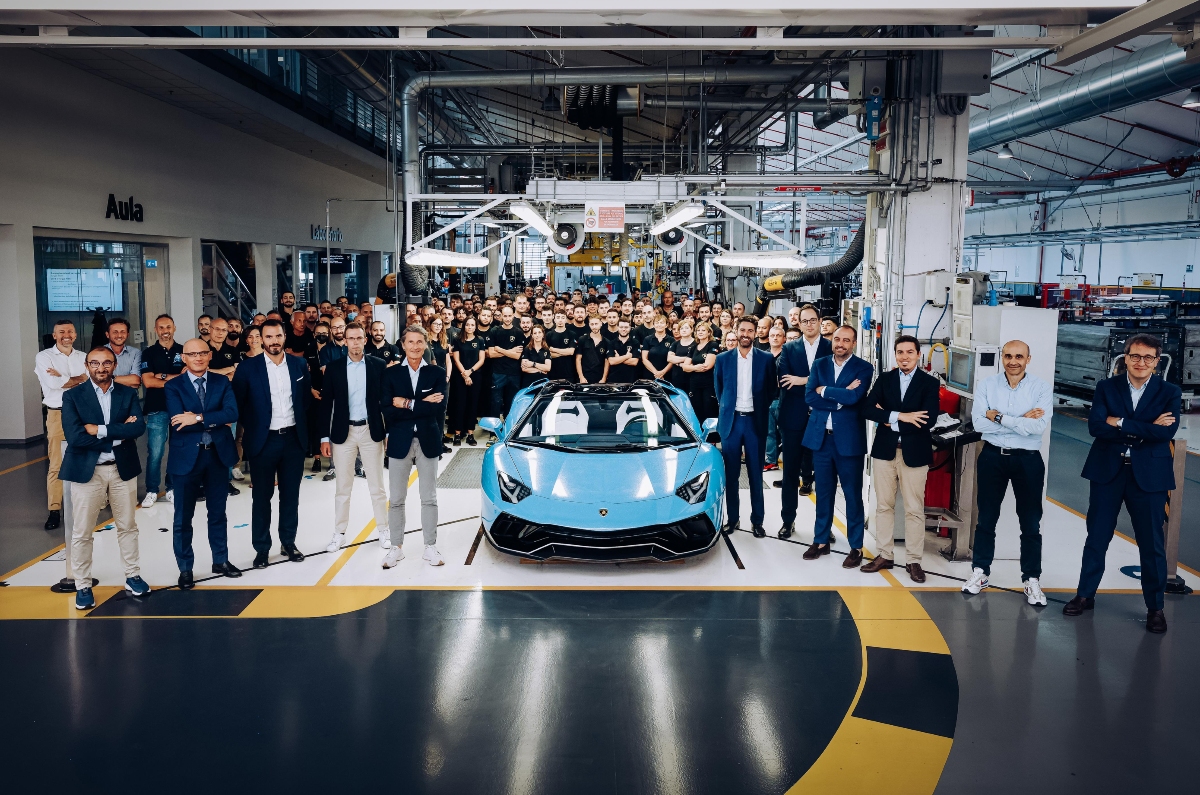 Lamborghini has concluded the production of the Aventador supercar with the completion of the last LP 780-4 Ultimae, which is also the brand’s last ICE-only V12 production car. The final Ultimae rolled off the production line in Sant’Agata, Italy marking an end to Aventador’s 11-year run.

The Aventador will be replaced by a plug-in hybrid supercar which will be revealed later this year.

Ultimae is the last edition of the Aventador

The Ultimae’s peak torque of 720Nm is the SVJ but with a top speed of 356kph and a 0-100 time of just 2.8 seconds, the Aventador Ultimae edges ahead of the SVJ as the fastest road going Aventador.

The production of the Ultimae was limited to 350 coupes and 250 roadsters – each sold with a numbered plaque and offered in a range of unique colours, and the roadsters could be specified with an exposed carbon fibre roof panel. The Ultimae was also subtly distinguished from other Aventadors by unique styling package which, according to Lamborghini, took the best components of the Aventador S and SVJ.

Aventador replacement to have a hybrid V12

The Aventador’s plug-in hybrid replacement will be a stepping stone to pure electric Lamborghini models coming in the future. The Hurácan and Urus will also be electrified and an all electric model will be introduced in the second half of this decade.

The plug-in hybrid will still be paired to a large capacity V12, in line with the company boss Stephan Winkelmann’s commitment to the emotional appeal of its supercars.

Looking back at the Aventador

The Aventador made its debut at the Geneva motor show as a replacement for the Murcielago. Since then, Lamorghini has expanded the Aventador range by introducing S, Super Veloce (SV), SVJ and Ultimae models, each available, like the original model, in both coupe and roadster guises. The Aventador also gave rise to several special edition models like the Aventador J, Veneno, Centenario and the Sián FKP37.