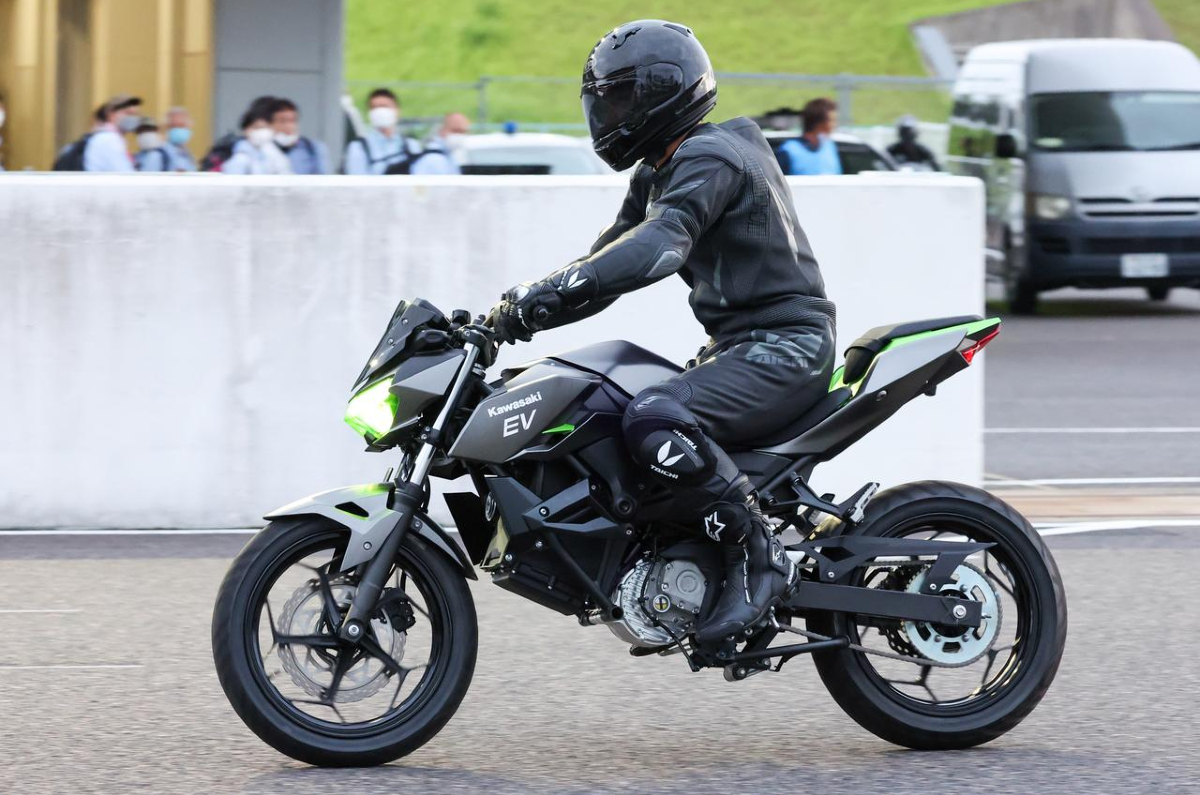 Both prototypes were showcased during the Suzuka 8 hours endurance race in Japan.

It’s been known for some time that Kawasaki is working on hybrid and fully electric motorcycles, with the manufacturer planning to roll out 10 electrified models by 2025. At the recent Suzuka 8 hours endurance race, Kawasaki rolled out two prototypes, one hybrid and one pure EV, for a brief demo run.

The hybrid motorcycle out of these two seems to be based on the brand’s Ninja series, most likely the Ninja 400. The Kawasaki hybrid motorcycle, which was first unveiled in prototype guise last year, will be powered by a parallel twin engine that’ll work in tandem with an electric motor. Specifications of the hybrid bike remain under wraps for now but, expect more details to filter through in due course.

As for the fully-electric model showcased, it looked like it was based on Kawasaki’s Z range of street naked motorcycles, the Z250 to be specific. The electric model features an electric motor mounted in the centre and a chain drive system. Like the hybrid bike, specifications for the electric model were not revealed. However, some leaked documents suggest that the bike could make up to 14.8hp.

Both models appeared to be in near-production guise and hence it is quite likely that Kawasaki will display the two models at EICMA 2022.

In June, Kawasaki unveiled the Elektrode, its first fully electric bike. However, the Elektrode isn’t a proper motorcycle but is instead an electric balance bike aimed at children who are jumping onto two wheels for the first time.