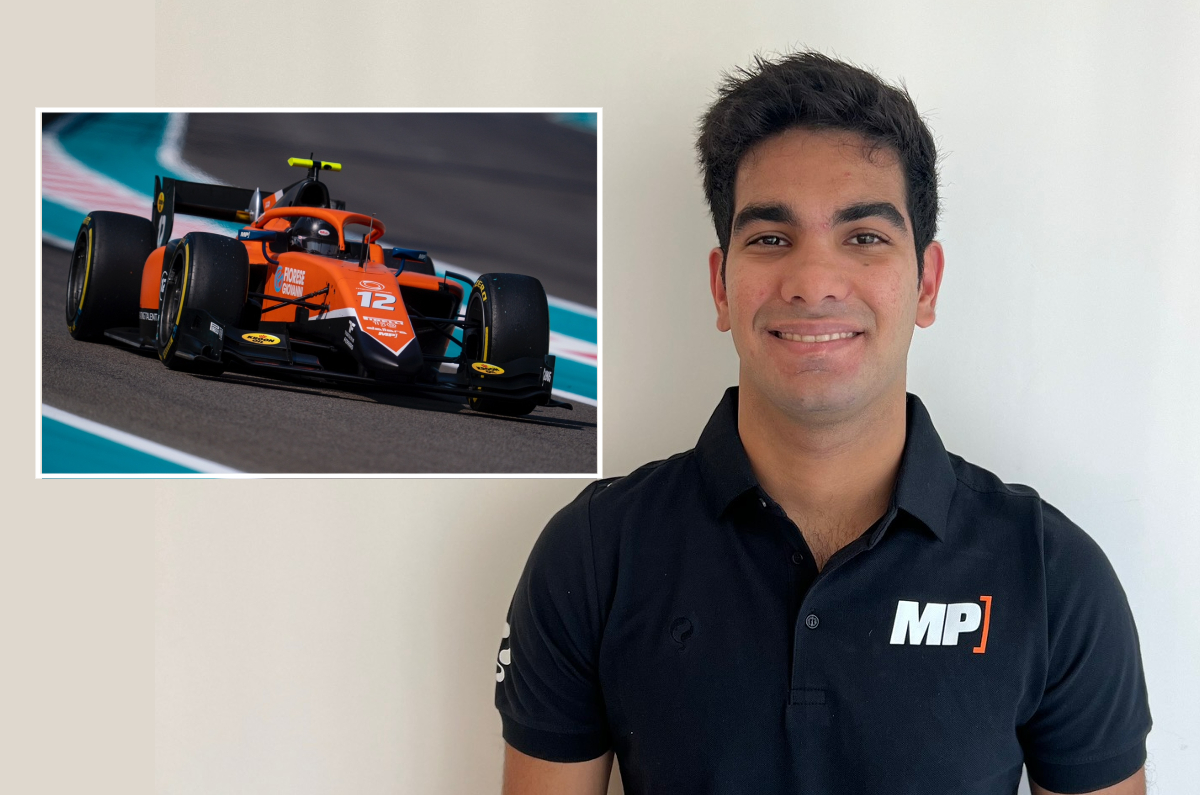 This will be Jehan Daruvala’s fourth Formula 2 campaign. The Indian will also continue his duties as Mahindra Racing’s Formula E reserve.

Jehan Daruvala will continue racing in Formula 2 this year and has signed with reigning champions MP Motorsport for the upcoming season. This will be his fourth year competing in F2, which sits a rung below F1 in the single-seater ladder.

Daruvala has managed to win at least one race in every F2 season since he made his debut in 2020, collecting four wins and 15 podium finishes along the way. After two seasons with Carlin, he switched to Prema Racing last year and ended up finishing the season seventh overall. It may not have been the result the 24-year-old – who had his eyes on the title – was hoping for, but he did pick up one win at Monza and make eight podium appearances. He also made a number of F1 test appearances as part of McLaren’s Testing of Previous Cars (TPC) programme.

He’ll now join MP Motorsport, who won both, the teams’ and drivers’ championships in 2022. Daruvala’s move to the Dutch squad has long been speculated since he participated in the post-season test with them last November. He clocked the second-fastest time in Day 2’s morning session at Abu Dhabi.

“I’m extremely excited to be racing for MP Motorsport. The team has progressed tremendously and impressed the entire F2 field with their performances last year. They showed consistent front-running pace, wrapped up both the drivers’ and team’s titles and go into the 2023 season as the team to beat,” said Daruvala, who will be reunited with his 2022 teammate Dennis Hauger at MP Motorsport.

“I am confident Dennis and I can build on that success and lead the team to more race wins, podiums and, hopefully, championship glory in 2023.”

MP Motorsport team principal Sander Dorsman highlighted that Daruvala’s experience will further help the team. “He has been a consistent frontrunner right from his debut in the category, taking wins in every F2 season he has competed in. His experience will be of great value to the team, so we are very much aiming for a repeat of last year’s form,” he added.

Daruvala will wear two hats this year. Along with his F2 campaign, he’ll also serve as Mahindra Racing’s reserve driver for the 2023 Formula E season.

As part of his Formula E reserve role, he’ll conduct simulator work with Mahindra engineers and also remain on standby should Lucas di Grassi or Oliver Rowland not be able to race for any reason.

Pre-season testing for F2 will take place on February 14-16 in Bahrain.