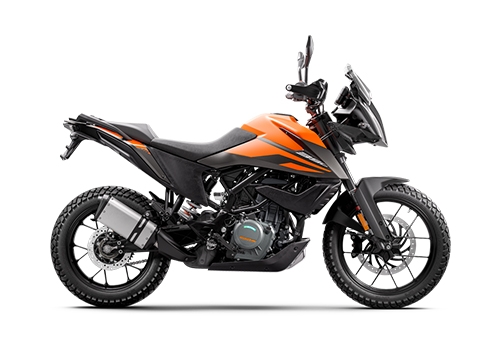 The KTM 390 Adventure was launched in India in December 2019 and had been turning heads ever since. Borrowing a lot from its naked sibling, the 790 (also referred to as the scalpel), the 390 is one of the cheapest ADV offered by Duke. The bike has been received well by critics and enthusiasts alike, which only bolsters the stronghold that the KTM has established over the years.

KTM 390 Adventure will be produced in the Chakan plant and then exported outside. This is an excellent sign of trust shown by the manufacturer and also indicates that India is now capable of handling more automotive severe feats. The KTM 390 Adventure has a price tag for Rs 2.44 lakhs (Ex-showroom), and you can expect it to be placed around the Rs 3 Lakh mark after taxes. Touted as one of the best bikes in its class and capable of punching way above its weight, the 390 Adventure easily outclasses its competitors in all core aspects.

KTM 390 Adventure will have the same engine as the Duke 390. That means it will have a 373cc single-cylinder engine that is liquid-cooled. With 43 BHP and 37 Nm of torque under the hood, this is one powerful machine. To add muscle to its offroading bite, the engine will be tuned to handle low-end toque, better suited for offroading. With a fuel tank of 14.5 L, the bike will have an average riding range of 300-550 km.

A 43mm WP sourced fork will be used for the front, and a pre-load adjustable mono-shock will be used at the back. The dual-channel loaded front and the rear disc will take care of the braking responsibilities, and the ABS can be switched on or off as per one’s liking. There is a 19-inch wheel in the front and a 17-inch wheel at the back.

The bike has a presence as it is more significant than all its counterparts but weighs in at 177kg at curb weight. For many years there hasn’t been an affordable offroading option for Indian consumers, and with the arrival of the 390 Adventure, many people were excited.

The bike is an excellent gateway into the world of offroading and is priced very sensibly so too. With the KTM tag, one would expect the bike to be a racer. This is where the brand image will let you down, but if you look at it from an adventure bike’s perspective, it was never meant to be a racer.

Very stable and serene at high speeds, the KTM 390 Adventure is as durable as a surgeon’s hands when needed to be. Whether it be swerving or turning the big frame does not come in the way at any time. The bike is very ergonomic for offroading and handling all the challenges the down-trodden path throws at it with grace. You can also browse the price list of KTM Bikes.

The single-piece handlebar and a full-color instrument console are also borrowed from the 790. The 390 Adventure is the rare kind of bike that the Indian middle class has been expecting, and it is a step in the right direction. With a newly tuned engine and a plethora of features, the KTM 390 Adventure gives its competitors a good run for their money.

Does your Car tyres need replacement?

Which Are The Things You Need to Know Before You Get Into a Self-Driving Car?

The Difference between Truck Tyres and Passenger Tyres