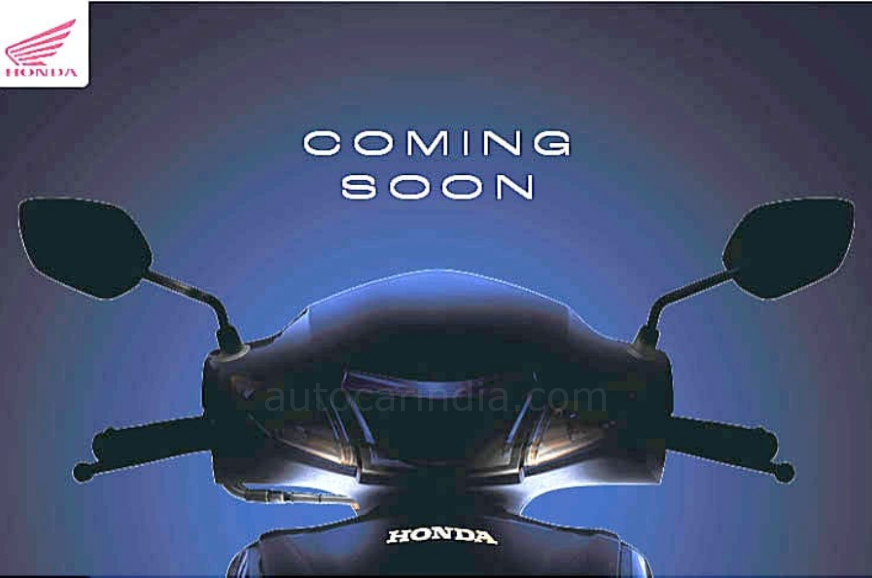 The most likely possibility is the launch of the next-generation 110cc Activa, although it could also be a special edition of the current model.

Hot on the heels of the launch of its new naked streetfighter, the CB300F, Honda has teased a new scooter on its website. And going by the image, it’s almost certain that the company has something planned for its evergreen Activa. The teaser image shows the faint silhouette of a scooter’s headlight and handlebar section, which appears identical to the current Activa 6G. The placement of the Honda badge on the top of the apron is also exactly the same as you see on the 6G, although the badge is golden this time.

There are two possibilities here: the launch of the Activa 7G, or an upcoming special edition of the Activa 6G. The 6G launched two years after the 5G, so if Honda is sticking to that schedule, the launch of the 7G should be just around the corner. And going by how conservative the company has been with changes to the Activa in the past, it’s quite likely that the 7G could sport a very similar design to the current model.

Which begs the question, what could Honda change for the 7G? Well, the long-standing complaint about the 6G has been the lack of an alloy wheel or front disc brake in the line-up. Perhaps Honda could finally offer these features on the top variant of the 7G.

That being said, Honda has a habit of periodically introducing special editions for its models, which are generally nothing more than different paint options. And perhaps, it has something like this planned for the Activa 6G as well. The golden finish on the Honda badge in the teaser hints at this possibility.

There’s also the fact that the Activa is indisputably Honda’s most important model in India, and possibly the world. So if the company were on the verge of rolling out the next generation of this product, it would almost certainly do more in terms of generating hype than just a teaser image on its website. The coming days and weeks will offer more clarity on what Honda has planned for the Activa. Stay tuned for more details.

TrustFord to install life-saving defibrillators at all dealerships