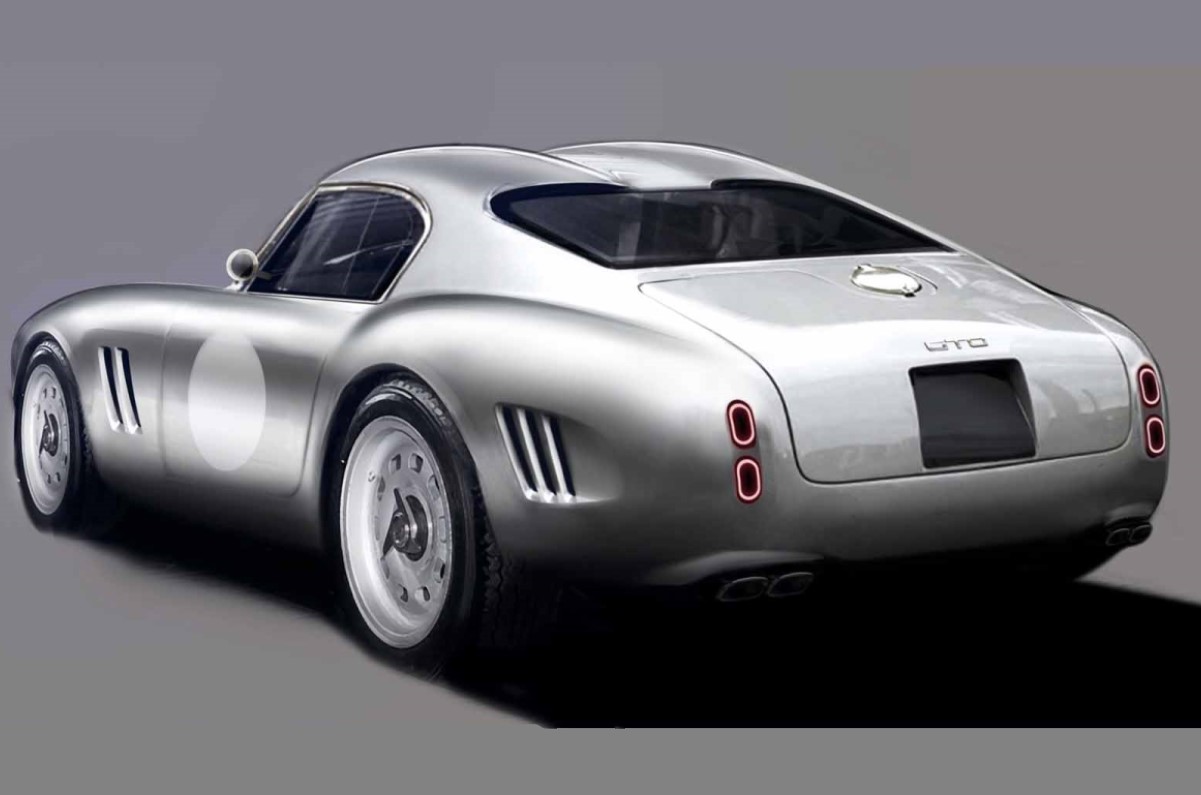 Although not specifically mentioned, it’s clear from these early digital drawings that styling inspiration will be taken from the iconic Ferrari 250 GTO racer. However, it doesn’t appear to be a straight-up recreation, rather a reimagined modern version of that car with some tweaks, including a unique ‘double-bubble’ roof design. Modern details include an exhaust and lights “modernised with updated electrics and internals”.

What is known about the GTO Engineering Moderna

The car is claimed to be a sub-1000kg, hand-built sports car “celebrating the best of 1960s motoring with modern and motorsport-derived engineering”. It follows up the firm’s new-build run of ’Ferrari’ 250 SWB Revival models previously announced.

The new model, said to take learnings from GTO Engineering’s near three-decades of experience of building and looking after road and racing-spec Ferraris, uses a tubular steel chassis with aluminium subframes and a “F1-type-spec” carbonfibre body. The doors and bonnet will be aluminium, however.

The Moderna will be powered by a quad-cam V12 engine, another ’60s Ferrari throwback, of undisclosed output. GTO intends to “increase driver engagement” with a number of motorsport-inspired components.

It’s estimated that each model will take 18 months to hand craft from GTO Engineering’s Berkshire base; 300 man hours alone go into the engine, while each car can be tailored to the requirements of the owner. There are no details yet as to the pricing.

Ferrari meets ferry: Mumbai to Alibaug in under 1 hour