Fog lights and when to use them 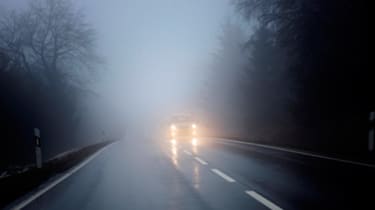 Car lights have come on in leaps and bounds in recent years, so much so that fog lights almost seem unnecessary these days. But UK law dictates that a fog light must be included in the tail lights at the rear of a car, while front fog lights are a useful extra that car makers can use to attract buyers to higher spec models.

You’ll usually find front fog lights fitted to mid-spec models and upwards, partly as an aesthetic feature that helps differentiate these cars from the most basic versions. They’re also useful to help you be seen when driving in fog but if you spend any time driving in inclement weather in the UK, you’re likely to come across a driver that doesn’t know how to use them properly.

Some newer cars have foregone front fog lights in favour of the bright LED daytime running lights (DRLs) that are now a legal requirement on new models. These serve a similar purpose to front fog lights when visibility is poor – they’re not designed to light your way (even though some are so bright that they can do exactly that), but rather they’re designed to make you more visible to other road users.

How to use your car’s fog lights

Fog lights are usually operated by a separate switch from the main light controls. Some cars use buttons to activate them – one for the rear, one for the front (where front fog lights are fitted) – while others feature a collar on the light stalk that you turn back and forth to turn them on. Some cars use the rotary light switch control to activate them – simply pull the switch towards you, and the fog lights will come on. 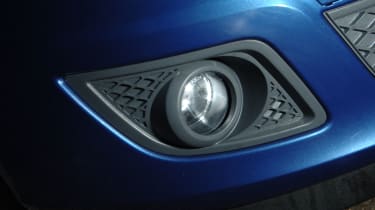 Most cars will have a symbol in the instrument cluster that will tell you when the fog lights are on. It’s usually near the symbol that shows that the lights are on. For rear facing fog lights, the symbol will be pointing in the opposite direction to the headlamp symbol, while the front foglight symbol (you’ve guessed it) points in the same direction as the headlight symbol. Most fog lights are designed to go off when the car’s ignition or lights are turned off, so the most likey reason why a car is driving in clear weather with fog lights on is because the driver is not paying attention and has failed to turn them off.

When to use fog lights

Some drivers seem to think that the slightest bit of mist is reason enough to turn on fog lights, but that is certainly not a reason to turn them on. So let’s explain when you should use them, and more importantly, when they should stay off.

Fog lights are designed to be used when visibility is severely restricted, chiefly by fog, but also in other poor visibility conditions such as snow or heavy rain. They are designed to make you more visible, rather than helping to light your way so they are not needed in good visibility conditions at night – that’s what your headlights are for. They should only be used when your car’s main lights won’t be enough to make you visible to other road users. The Highway Code (Rule 226) states:

“You MUST use headlights when visibility is seriously reduced, generally when you cannot see for more than 100 metres (328 feet). You may also use front or rear fog lights but you MUST switch them off when visibility improves.”

In the UK, street lights on 30mph roads are placed no more than 200 yards (183 metres) apart. So a good rule of thumb for using your fog lights is whether you can see the next street light up the road from the one you’re passing. Use this rule, and it’s clear that it’s only going to be in the foggiest or snowiest conditions that fog lights should be used.

Of course fog lights are a useful extra tool when visibility is poor, but they won’t make you invincible. Use common sense – if you can’t see very far ahead, slow down, and keep a good distance to the car in front of you. If there’s fog, the roads are likely to be slippery, too, so give yourself more room to brake and slow down.

When NOT to use fog lights

If the fog has cleared, you must switch off your fog lights because you risk dazzling other road users. Be aware of prevailing weather conditions – while fog usually forms in the early morning, it will melt away as the sun rises, so if you’ve started your day with your fog lights on, make sure you continue to evaluate the situation and turn them off when the weather is clear.

If you’ve broken up your journey, then there’s every chance that the fog lights have turned themselves off when you switched off your car’s ignition, so they will only come back on if you switch them on yourself. But do try and check that they are definitely off if you are still going to drive with your headlights on.

The Highway Code gives explicit instruction on when you shouldn’t use fog lights, in Rule 236:

“You MUST NOT use front or rear fog lights unless visibility is seriously reduced (see Rule 226) as they dazzle other road users and can obscure your brake lights. You MUST switch them off when visibility improves.” 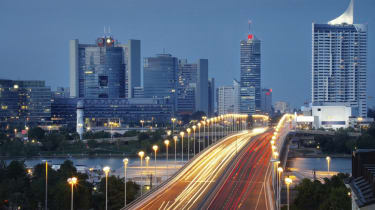 The important point here is about obscuring brake lights. Rear fog lights are brighter than standard tail lights, so when you brake, other motorists may not be able to see your brake lights illuminate.

Obviously fog lights aren’t needed when it’s dry, and there’s not much point in turning them on when it’s dark, either. The lamp housings don’t have the same kind of reflectors as main beam headlights, so they are unlikely to give you any extra light to help you see where you are going.

Another no-no is using fog lights when it’s wet. The extra brightness of fog lights is doubled by their reflection off a wet road surface, while the bright red light can cause glare through other vehicle windscreens if it’s raining. Front fog lights can also be a distraction, especially if they are poorly adjusted and cause dazzling reflections.

Fog light use Q and A

Yes, but they only work for the intended purpose – helping your car be seen in low visibility conditions.

Do all cars have fog lights?

Rear fog lights are a legal requirement on all cars. Front fog lights are only fitted to certain models, usually as an aesthetic add-on for higher spec cars. All new cars have DRL, daytime running lights that are also intended to do help the car be seen on the road.

What is the purpose of fog lights on a car?

A car’s fog lights are intended to help it be seen in conditions when visibility is less than 100m. Fog lights don’t help you see further up the road in fog.

Which lights do you use in fog?

In fog or other low visibility conditions, you should turn on your main headlights. Fog lights should be activated in addition to your dipped headlights when visibility falls to less than 100m.

Why should you turn your fog lights off when visibility improves?

Rear fog lights can obscure your brake lights and may prevent drivers behind from realising that your braking. Both front and rear fog lights create unnecessary glare in good visibility which can dazzle and annoy other road users.

Now that fog lights have been cleared up, why not read our article on dipped headlights and when to use them?

TVS Fiero could make a comeback