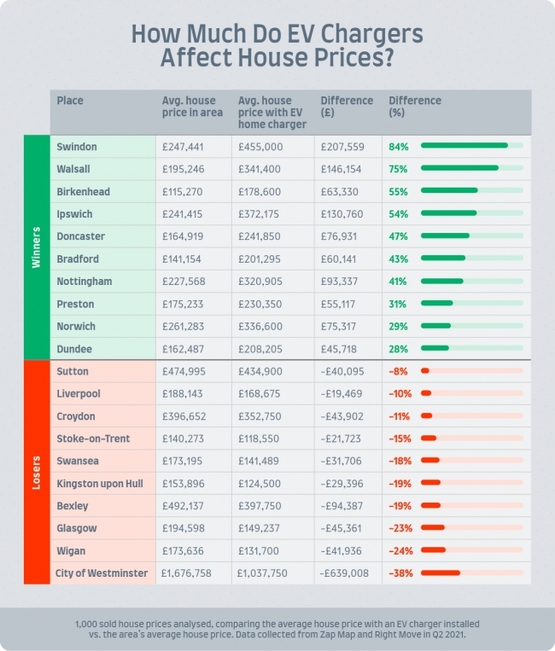 Houses with electric vehicle (EV) chargepoints are worth an extra £50,000, on average, according to Riverdale Leasing.

The company analysed the values of 1,000 homes and found 76% of those with an EV charger were worth more than the local average.

Dealers could use the data to drive add-on sales of home charger units.

Homes in Swindon saw the biggest uplift in value when a charger was installed, with an average price of £455,000 compared to £247,441 for those without.

The research concluded that homes with an electric charge point installed sell for 13% more than the local average. With the average UK house price now at £194,000, according to the ONS, that could mean a value increase of £25,220 to a property.

EV chargers can generally only be installed at houses with off-street parking, which could also be driving inflated values.

Out of the 50 cities surveyed by Riverdale Leasing, only one in four (24%) did not see a positive link between house prices with a charger installed and the local average. The average loss was 16% in value.

The study can be viewed at: https://www.rivervaleleasing.co.uk/blog/posts/does-your-ev-charger-affect-your-house-price

TVS rolls out no cost EMI scheme for the Ntorq 125