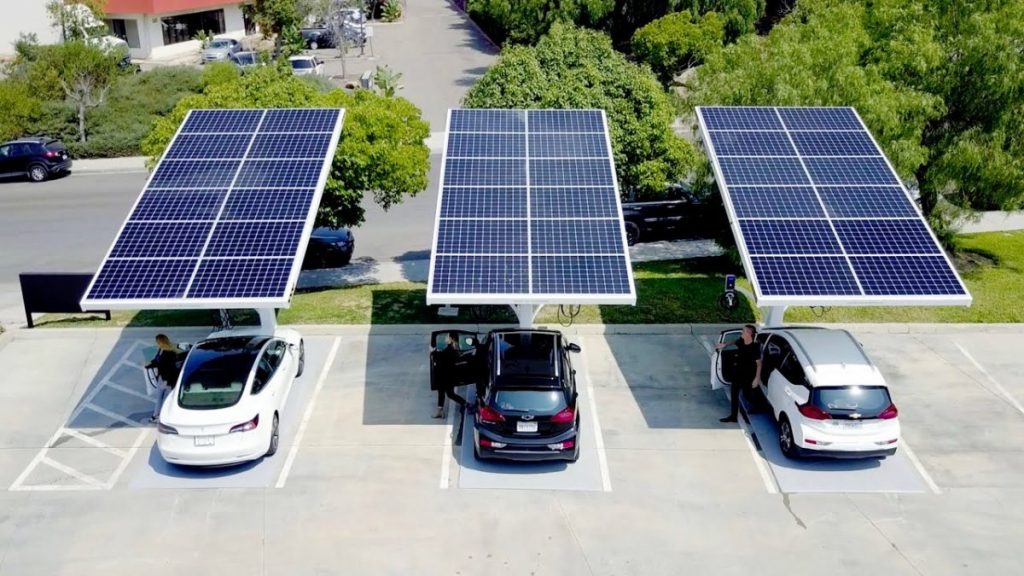 A common argument against the adoption of electric vehicles (EVs) today is that unless charged with electricity generated by renewable energy, they are not really zero emissions. Many grids rely on coal or nuclear power, for example, meaning EVs may be zero tailpipe emissions but still carry a carbon footprint. In addition, the prospect of energy shortages and blackouts means EV charging could be impossible in certain situations. Could efforts around sustainable energy temper these concerns and further drive the adoption of EVs?

In the US, one company is building out a network of public and commercial fleet charging stations that can be dropped into existing parking spots with no major construction work and no integration with the existing grid. That’s according to Desmond Wheatley, President of San Diego-headquartered Beam Global, which describes itself as a sustainable technology innovation company. Powered by solar energy, these charging units hang over parking spots and as such do not eat into the surrounding real estate like a conventional charger would.

China passenger vehicle sales drop in December but up in 2021