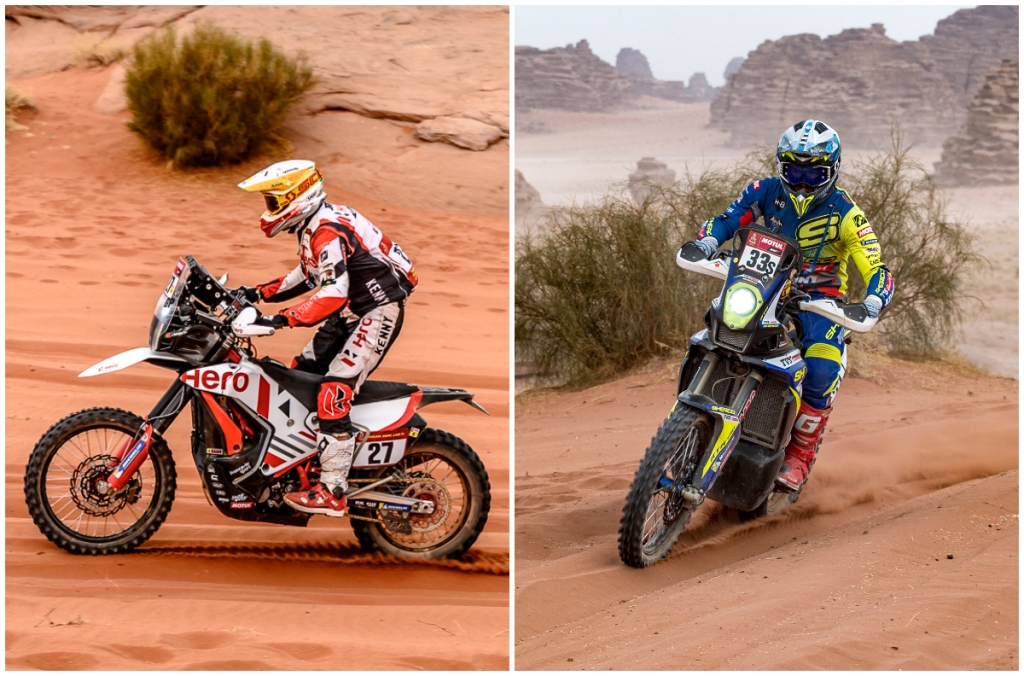 The remaining competitors in the Indian contingent continue to make steady progress as the 2021 Dakar Rally nears the end. Hero MotoSports’ Joaquim Rodrigues and TVS factory rider Harith Noah, both gained a place in the overall standings on a tricky Stage 10 that saw overnight leader Jose Cornejo crash out, handing the lead to his Honda teammate Kevin Benavides.

Joaquim Rodrigues handed Hero MotoSports its fifth top 10 finish in Dakar 2021. He was on pace from the very start and found good rhythm to pick up a 10th place stage result. “It was a pretty fast and dangerous stage again today with a lot of rocks. I decided to focus more on navigation and it all went pretty well. I managed to ride at a good pace and did not commit any navigation mistakes. I am happy to finish the stage and get a good result for the team,” said Rodrigues.

This sees him move even closer to the overall top 10 and he’s 11th in the general classification.

Sebastian Buhler had a more subdued stage after losing a lot of time in the beginning due to a navigation error. He did manage to regain some lost time and finished the stage in 21st place – enough for him to hold on to 16th place in the overall ranking.

Harith Noah up to 24th place

The previous stage had seen Noah record his best result yet in Dakar 2021, and he improved on that in Stage 10 with a 16th place result. With an eye on the finish line, he decided to focus on navigation to avoid any major mistakes.

“Stage 10 was short but very complicated navigation-wise. I realised that it was going to be a tough one in the beginning itself and tried to focus on navigation as much as possible. Mistakes did happen but luckily it was nothing major. Quite satisfied with how I progressed through the stage today. Did have a little problem with the beeper on the bike which got fixed in the second neutralisation zone. The stretch was mostly gravely, which is something I feel comfortable on,” he said.

The only Indian rider yet in contention at Dakar this year, Noah is now up to 24th place overall.

Ashish Raorane, who is now competing in the Dakar Experience category following his Stage 5 crash, ran into some trouble. Around the 80km mark, he hit a stone which he didn’t spot due to the dust; fortunately, he was able to carry on without any damage. He ended up completing the stage in 57th place, but was handed a 15-minute penalty which dropped him to 60th.

Under the Dakar Experience category, Raorane can only compete for stage results and won’t qualify for an overall rank.