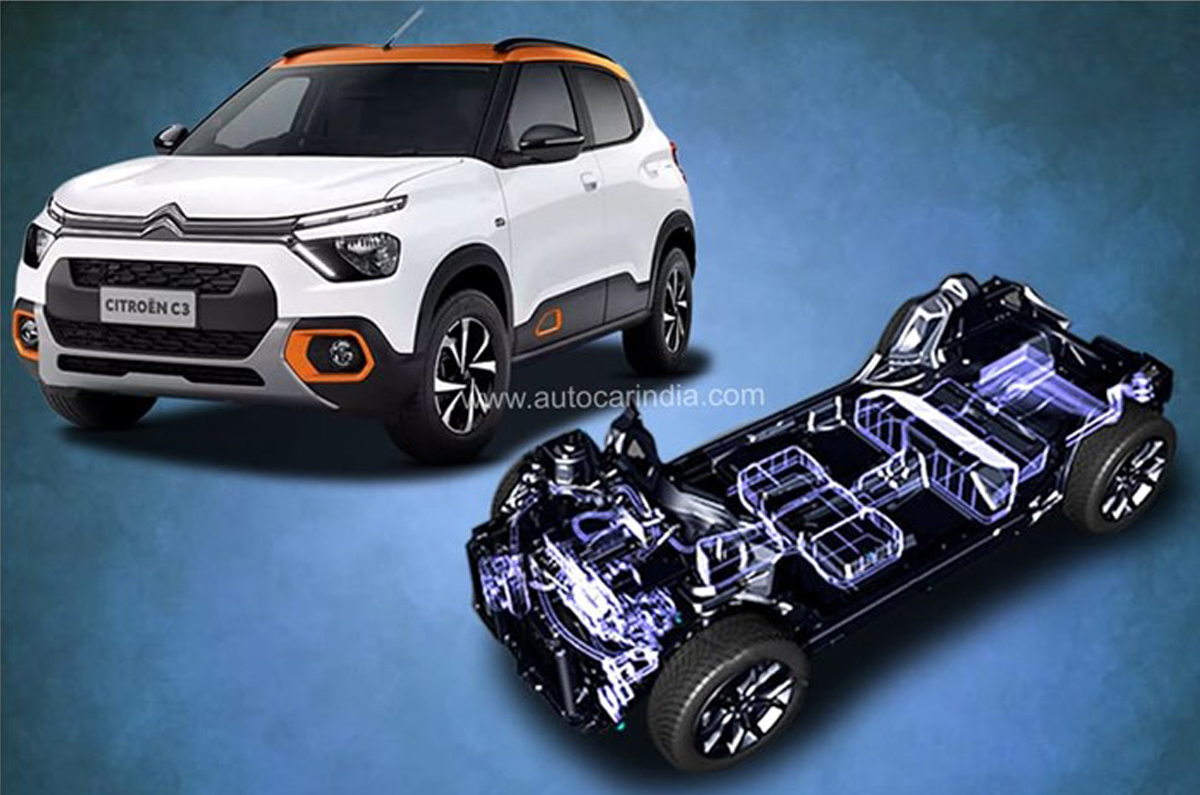 All-electric Citroen C3 will go on sale in India next year; will likely be positioned below Tata Nexon EV Prime.

Citroen India recently dropped a teaser suggesting the debut of a new electric vehicle and we suspect it could be an electric version of the C3 hatchback. Citroen will be taking the wraps off this new vehicle on September 29 and it is expected to go on sale in our market by early 2023.

Citroen C3 EV: what to expect?

Carlos Tavares, CEO of the Stellantis group, has previously gone on record saying that a compact, sub-4m electric car is India-bound next year that will be based on the same platform as the C3 hatchback. It will be part of Citroen’s C-cubed programme for India, and will be engineered and produced here.

The C3 EV will then be based on modular eCMP platform that’s adapted from the ICE platform to take in an electric motor and a battery pack. This platform was conceived with electrification in mind right from the start and already underpins EVs such as the Peugeot e-208 and the recently unveiled Jeep Avenger in markets abroad.

The C3 EV, in fact, has already been spied testing on our roads on a couple of occasions. Largely uncamouflaged, the test mules only had wraps on the front right fender which seemed to be hiding a charging socket. Elsewhere, the electrified C3 has so far seemed largely similar to the ICE-powered C3. On the inside, too, the C3 EV is expected to carry over the same dashboard design and equipment list as its ICE-counterpart, although this could be a good opportunity for Citroen to add some additional features to an otherwise skimpily equipped model.

Not much is known about the technical specifications of the C3 EV currently, but if other global models based on the same platform are anything to go by, the C3 EV can be expected to come with a 50kWh battery that will deliver a range of around 350km. The batteries will be powering an electric motor on the front axle developing about 135hp of power.

Tavares had also said that they are aiming for affordability with the company’s first EV in India. Being produced in Chennai, the C3 EV will have over 90 percent localization; however, the batteries will be imported in the initial stage.

Upon launch of the C3 EV, Citroen will then be among the few manufacturers along with Tata and Mahindra operating at the affordable end of the EV spectrum. This will give them an opportunity to leapfrog other mainstream manufacturer such as Maruti and Hyundai who’s affordable EVs are still a few years away. The C3 EV is expected to be positioned below the likes of Tata Nexon EV Prime in our market.

What else is on Citroen’s cards for India?

Following the C3 EV, Citroen will be working on more electrified models based on the eCMP platform that will cover body styles such as MPVs and CUVs. The company was also spied testing a three-row version of the C3 hatchback recently, about which you can read here.

In other news, Citroen recently launched the C5 Aircross facelift in India. You can read our review or watch the video here.