Bentley to switch to EVs only by 2030 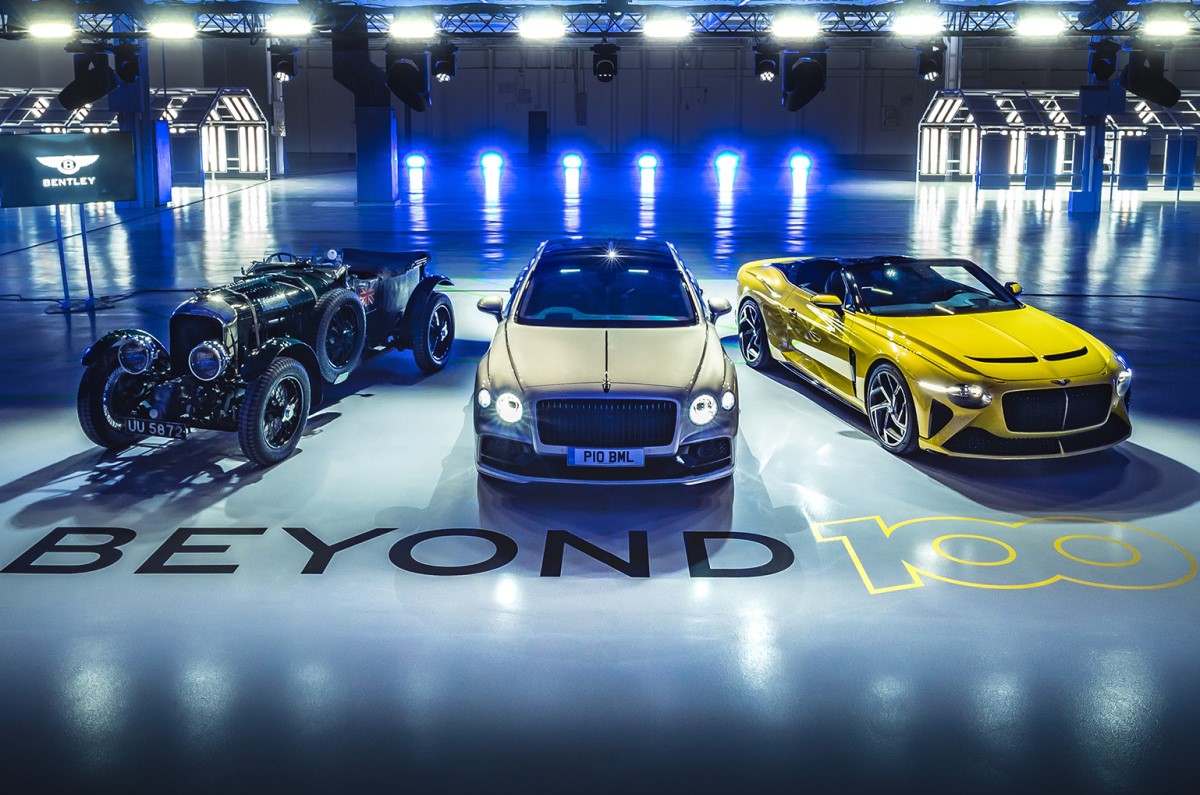 Bentley’s transition to a fully electric vehicle line-up in 2030 comes as part of their bold new “Beyond100” business strategy, with the goal of becoming a “global leader in sustainable luxury mobility”.

As part of the Beyond100 strategy, Bentley will ramp up its push to electrification, and it has committed to reducing the environmental impact of its Crewe factory in England by 75 percent from 2010 levels within five years.

Bentley boss Adrian Hallmark said, “Since 1919, Bentley has defined luxury grand touring. Being at the forefront of progress is part of our DNA; the original Bentley boys were pioneers and leaders. Now, as we look Beyond100, we will continue to lead by reinventing the company and becoming the world’s benchmark luxury car business.”

Speaking about the commitment to switch to a fully electric line-up by 2030, Hallmark added, “The most important thing is not to just make electric cars: we’ve got to make Bentleys. We’ve got to take 100 years of Bentley DNA and put it in a modern context.”

Bentley to transition to EVs by 2030

Bentley will launch two new plug-in hybrids in 2021, joining the existing Bentayga Hybrid sold internationally, as part of a previous commitment to offer a PHEV version of every model by 2023. While unconfirmed, one of the models due in 2021 is set to be a Flying Spur PHEV, which has previously been spied testing and will use the powertrain featured in sister firm Porsche’s Panamera 4 E-Hybrid.

Bentley has committed to offering only plug-in hybrid or fully electric models by 2026, and it will then phase out its hybrid offerings by 2030 to become a fully electric firm. That date matches the earliest date the UK government has targeted to ban the sale of new combustion-engined cars.

As previously reported, the firm’s first EV in 2025 will be a high-riding crossover sedan that will sit somewhere between an SUV and a traditional car. Technical details aren’t forthcoming yet, but during the Beyond100 presentation event Mattias Rabe, Bentley’s engineering boss, said it would be built on a “totally new platform”. This is likely to be a version of an electric-only architecture developed by sister firms Porsche and Audi.

The firm previously previewed its electric future with last year’s EXP 100 GT concept car, which featured four electric motors to offer between 811hp and 1,359hp, depending on spec, with more than 1,490Nm of torque and a 0-100 kph time of 2.5s.

Bentley claimed a weight of 1,900kg and a range of around 700km, although both figures were based on admittedly optimistic developments in battery technology. Bentley says that the 2025 EV will be its first ‘cradle-to-grave’ carbon-neutral model.

While Bentley has yet to confirm how many electric cars it has planned beyond the initial model, Rabe confirmed that the firm was “working on a whole family of electric vehicles”.

Alongside the switch from combustion engines to electric motors, the Beyond100 plan also includes a ‘transformation programme’ designed to make Bentley a fully carbon-neutral organisation. The firm has already made its Crewe base the UK’s only carbon-neutral car factory, and is now targeting further measures to reduce the environmental impact of its operational environment. Bentley will make its factory plastic-neutral and ‘climate-positive’ by 2025 as part of these measures.

The focus on improving the firm’s sustainability has been accompanied by a major restructuring of the business, including job cuts. Bentley says the measures mean that it’s on track to achieve a positive financial performance this year, despite the impact of the coronavirus pandemic.

Check Out This 1992 Airstream 350LE Motorhome