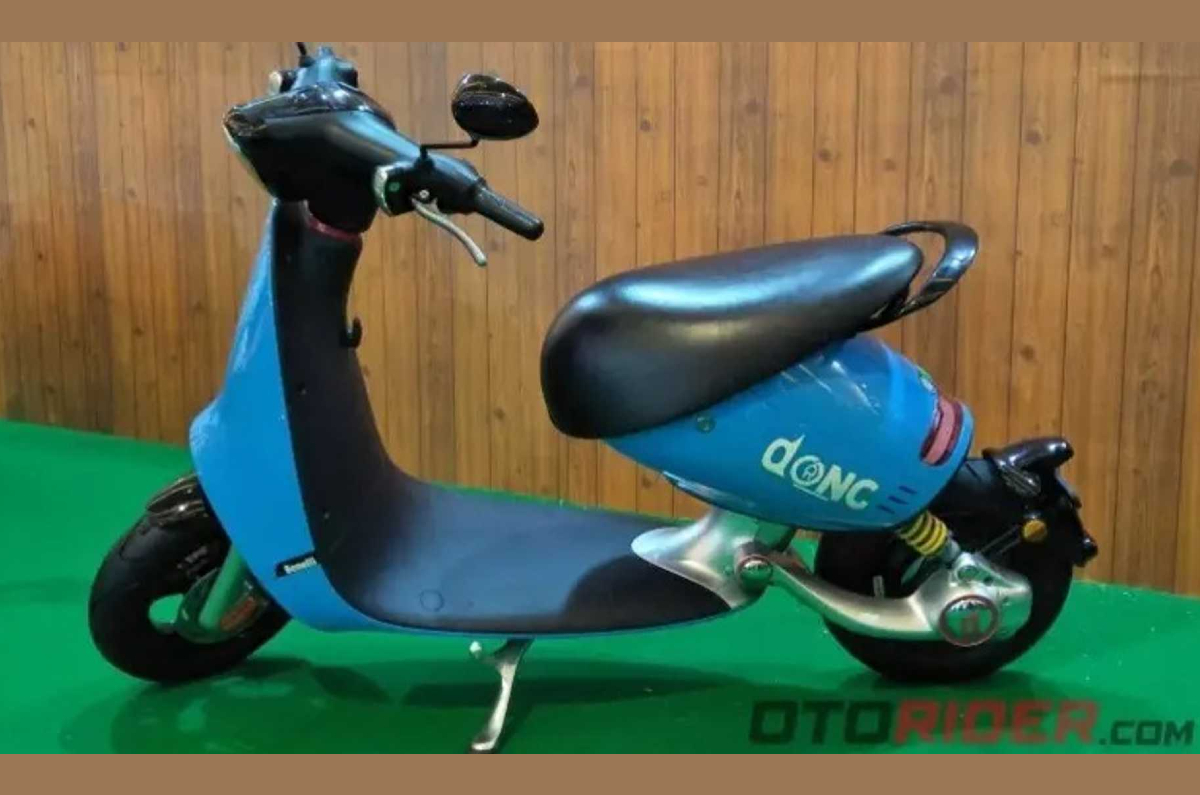 Benelli has just revealed a new electric scooter called the Dong and it will be sold primarily in Asian markets.

Benelli is an Italian company that has been building motorcycles for about a hundred years now. It was bought over by the Chinese Qianjiang Group in 2005. The company’s new Dong electric scooter has almost certainly been developed using know-how from the Chinese side of the operation and it has been developed for Asian markets.

What makes this electric scooter stand out is its unique design. The Dong is quite small, but it will undoubtedly grab eyeballs thanks to its almost floating-looking rear section. The rear-end connects to the floorboard via a central shaft that appears to be made out of aluminium. The real wheel and hub-mounted motor are connected to the main body via a slim swingarm that further contributes to the minimal, floating effect.

The front section is equally sleek, with clean lines and what appears to be a rather thin floorboard. The headlamp is a full-LED unit flanked by two large LED indicators. Information is relayed to the rider via a circular LCD display that is in line with the funky theme.

Benelli claims that the Dong is propelled by a 1.2kW motor that can take it to a top speed of 45kph. It also packs an artificial exhaust sound feature. If this is similar to what we’ve seen on the Revolt RV 400, the scooter will use a speaker/speakers to produce the sound of various internal combustion-engined motorcycles. On a full charge, the Dong can travel a claimed 60km thanks to a 1.56kWh removable battery pack.

The Benelli Dong has been launched in Indonesia at Rp. 36,900,000, which works out to about Rs 1.9 lakh. In 2019, the company stated that it was evaluating plans to bring electric vehicles to India by 2020. Although those plans have been postponed by the pandemic, will this be the company’s first electrified vehicle to be launched in India?

It’s a bit too early to say, but the Benelli Dong will have to offer more power and range to justify such a premium price in India.