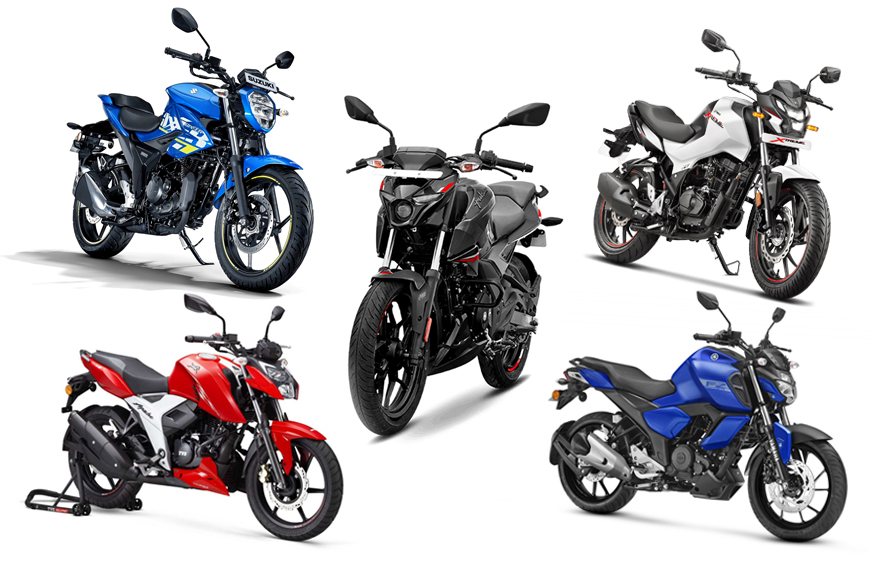 All-new Bajaj Pulsar N160 features styling inspired by the bigger N250. We compare it with its rivals on paper.

Bajaj has finally released an all-new Pulsar N160, after what seems like an eternity. This new model bases its design heavily on the recently launched Pulsar N250. We compare its specifications with that of its competitors to see how it stacks up.

Barring the Apache RTR 160 4V, all the motorcycles here are powered by relatively old-school two-valve engines and that shows in the peak output figures, with TVS leading the way by some margin. The Bajaj Pulsar N160 is closely trailed by the Hero Xtreme 160R, with both bikes making near-identical power figures. It’s no surprise that the Suzuki and the Yamaha are lagging considerably, utilising smaller engines with a relatively older design. One thing to note here is that Hero is the only motorcycle that still comes with a kick-starter.

On paper, the Pulsar N160 leads the way, with it being the only bike here to offer dual-channel ABS as an option as well as sporting the largest disc sizes in this comparison. The TVS and the Hero are the only ones here to have a rear drum brake on offer.

The Pulsar N160 is the heaviest bike on offer here, being nearly 20kgs heavier than the lightest bike in this comparison, the FZ-FI, in its dual-channel ABS guise. All the bikes here sport reasonable seat heights in the region of 790mm to 800mm, making managing them a fairly trouble-free task, even for the vertically-challenged.

All the bikes in this comparison get a full-LED headlamp, tail-lamp and DRLs as standard equipment. Except for the Pulsar N160, which gets a semi-digital instrument cluster, all models here feature a fully digital unit. The TVS is by far the most feature-rich bike here. It gets adjustable levers (on the special-edition variant), GTT (Glide Through Technology) and riding modes in this segment.

GTT raises the idle RPM when you’re feathering the clutch without touching the throttle – while stuck in chock-a-bloc traffic – and this prevents the bike from stalling.

Except for the Pulsar and the Gixxer, all the bikes in this segment get Bluetooth connectivity, at least as an option.

The Hero Xtreme 160R (drum) and the FZ-FI are the most affordable models in the segment. The Suzuki Gixxer, despite being one of the oldest models in the segment, is the most expensive bike here by a significant margin. The all-new Bajaj Pulsar N160 is priced on the higher side but does boast a dual-channel ABS option.

The most powerful and feature-rich bike here, the Apache RTR 160 4V slots in the middle of the price range. We’ll have to wait and watch how the Pulsar N160 performs in this highly-competitive and price-conscious segment.

What would be your pick amongst these bikes? Let us know in the comments section below.