Autonomy promises the ideal driver for every vehicle 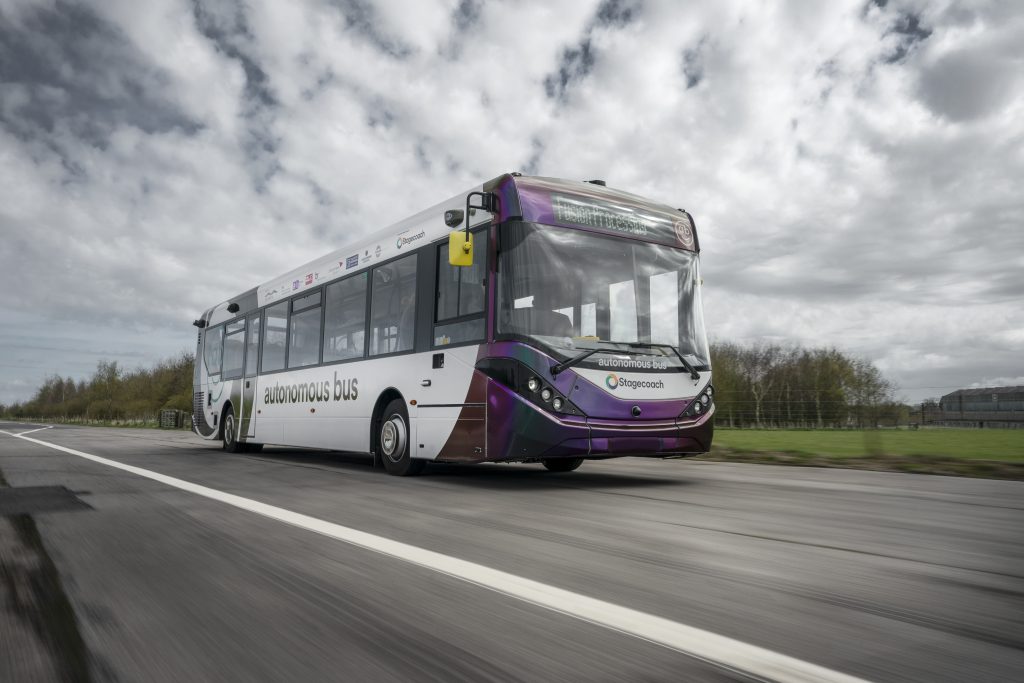 From safety to fuel economy, autonomous driving technology offers a range of improvements for fleets. By Megan Lampinen

Automated and autonomous driving promise numerous benefits in terms of road safety, user experience, and vehicle fuel economy. Today developers are looking to apply it to every sort of use case imaginable, from mining applications and yard tractors to urban taxis and heavy trucks.

The ideal driver is not a human

Fusion Processing boasts that it can “autonomise any size vehicle, be it electric, hybrid, or ICE (internal combustion engine) powered.” The company’s CAVstar control system acts as the brain of a self-driving vehicle, drawing on data from camera, radar and LiDAR sensors. The controller processes the data to form a picture of the vehicle’s environment and plan a safe route forward. “With autonomous vehicle (AV) technology we can bring the ideal driver into every vehicle,” comments Jim Fleming, Marketing Director of Fusion Processing.

An ideal driver doesn’t grow drowsy behind the wheel or become distracted by a mobile phone. It would also avoid speeding and unnecessary harsh braking. For fleets operating on narrow margins, these improvements could mean big savings. “We have vehicle manufacturers reporting a 25% variation in fuel consumption between the best and worst drivers in their fleet,” Fleming tells Automotive World. “That’s a huge cost save waiting to be realised via our AV tech. It can also offer the manufacturer a smaller battery or more payload or more range.”

The technology developer has autonomised a range of vehicles, including small electric cars like the Renault Twizy, off-highway electric pods, 12-metre buses for Stagecoach and a 9-metre minibus for First Group. Its primary focus today is on SAE Level 4 applications for commercial vehicles.

That includes buses. The CAVstar system is currently proving its worth in the CAVForth autonomous bus pilot in Scotland, where it allows buses to run autonomously on pre-selected roads. “Later in 2022 we expect two bus operators to launch passenger services using different vehicles but with both vehicle types fitted with our CAVStar system,” says Fleming.

For this project Fusion Processing has provided a complete installation including sensors, antennae and processors, and worked with vehicle manufacturers and their key suppliers to enable redundancy in steer, brake and powertrain systems. “We pride ourselves on not just being a software provider,” he clarifies. “Yes, we use all in-house developed software, but we also develop processing and sensor hardware  to create the most optimised, low latency system possible. This can be seen not only in the very high levels of performance we achieve but also by how heat and power consumption are both minimised, removing the need for things like forced air cooling, which makes it easier to achieve automotive grade reliability.”

The company is also keen to show that its tech can be employed effectively in freight vehicles. “We are interested in hub-to-hub automated transport, automated depots, automated logistics centres, and store-to-consumer delivery systems,” Fleming adds. Fusion has two new projects in these segments that will be announced in September 2022. “Bringing autonomous technology to freight operations is full of opportunities,” he emphasises.

The company expects to see two different operational modes emerge within the field of autonomous freight. One features a driver in the cab but with an accompanying AV system that can drive the vehicle on certain sections of the route, such as along motorways. Even this limited application could have a significant impact on fleets. “Freight operations have the added complexity of drivers’ hours,” Fleming points out. With an automated system, though, it would be possible to optimise the whole operation so that trucks are never parked at the side of the road idle because drivers have reached their hourly limit.

In the second prospective operational model, the driver is located not in the cab but in a remote operations hub. This remote driver will effectively work in an office, rather than on the road. The job would entail monitoring more than one vehicle, with the need to intervene only when required, for example if there is a route diversion or collision. “This type of vehicle would have dramatically improved aerodynamics and fuel economy and reduced tractor unit weight, which could translate to more payload or range,” says Fleming.

Fusion has also been exploring applications in platooning. Platooning harnesses connected technology and automated driving to link two or more trucks in convoy. By automatically maintaining a set, close distance between each other for portions of the journey, both trucks can reduce fuel consumption. The arrangement can also lighten the load of drivers and improve traffic flow on the road.

The UK government’s HelmUK project was first announced in August 2017 and only just recently concluded. Sponsored by Highways England and led by TRL, the aim was to operate a platoon of trucks on motorways in a live commercial environment. Fusion Processing was one of the project partners, along with DAF, Ricardo and DHL. Its role in the project was to measure and analyse the locations and movement of other vehicles around the platoon, in addition to recoding the platoon vehicles’ data around speed, position, fuel consumption, and vehicle status. “Fusion’s system enables us to accurately measure the positions of the different road user vehicles around the platoon and classify their type, effectively measuring how drivers of different vehicle types behave around a platoon across a range of different conditions,” explains Fusion’s Chief Executive Jim Hutchinson.

Data is a primary focus of HelmUK, and the project partners have been gathering insights to support several research objectives. These include delivering safety and cyber security evidence about drivers, other vehicles and V2V communications; quantifying environmental benefits regarding fuel consumption and vehicle emissions; evaluating commercial compatibility; evaluating the impact on infrastructure and traffic management; and informing standards and regulatory bodies.

By analysing some of the data, Fusion was able to flag where there may have been safety issues, such as a harsh braking event on one of the surrounding vehicles. To achieve this, Fusion added its own radar and camera sensors to each of the platoon vehicles and accessed CAN bus data from the truck’s own systems. This range of information was processed by CAVstar control units installed on the vehicle. As Hutchinson explains, each sensor type—radar, LiDAR, and camera—brings different benefits and different limitations. “We have always been interested in the opportunities of combining information streams from different sensor types; that’s why we’re called Fusion Processing,” he says.

Notably, platooning is not a fully autonomous driving application. Hutchinson points out that for SAE Level 4 and 5 automated driving, where there is no human intervention possible, “it is important that the sensor data can be relied upon, and if a sensor component fails, the system can detect this and has sufficient redundancy built in to ensure it can manoeuvre itself to a safe state.”

Moving forward, Fusion will be stepping up its activities around Level 4 autonomous driving in commercial applications. “The media is often focused on autonomous passenger cars, but we believe that commercial vehicles will be where this technology is first commercialised,” says Fleming. “Commercial vehicle fleets are professionally run, and a technology that offers improved safety, reduced fuel costs, reduced tyre emission, reduced operating costs, and enhanced optimisation of drivers’ hours and vehicle usage will be highly compelling.”

Ferrari brake failure; over 23,000 cars could be recalled