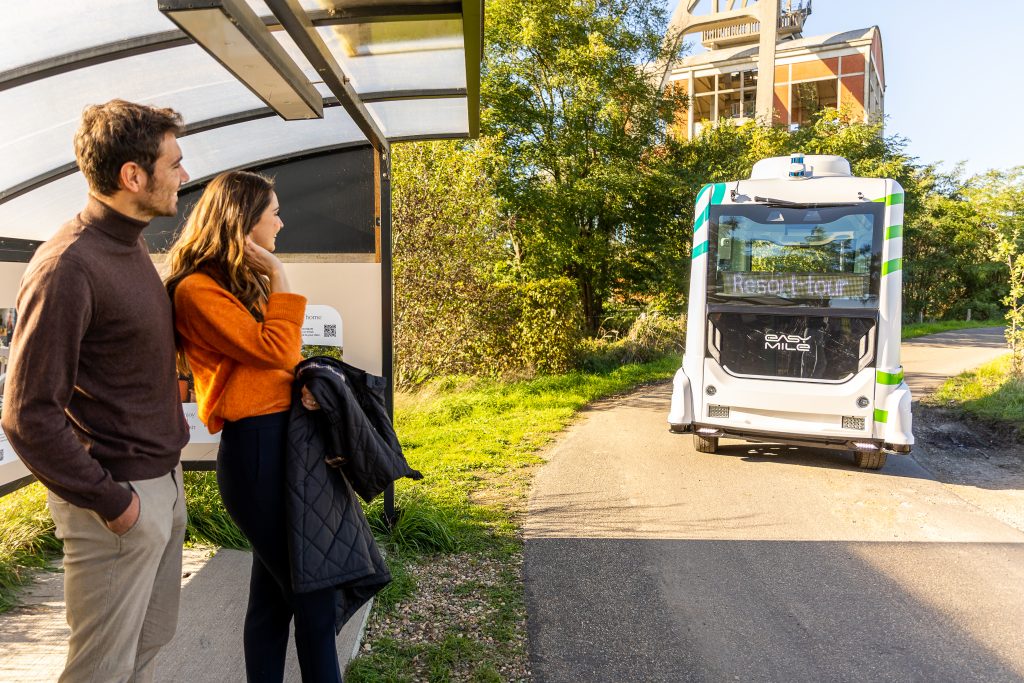 Autonomous driving comes in many forms, from robotaxis navigating city streets to heavy trucks plying the world’s highways. Some of these use cases involve numerous challenges in the form of other road users, high speed driving, and government regulations. As a result, mass commercialisation could take many years. But what if the operational design domain was limited to a set route and the speed was capped at a low level?

Autonomous shuttles represent a potentially lucrative low-hanging fruit for self-driving developers, as EasyMile has discovered. The French company’s autonomous shuttles are already at work in a handful of commercial deployments, including one at the IUCT Oncopole medical campus in Toulouse, France. Here an SAE Level 4 shuttle has been taking visitors and staff to and from the parking lot and main entrance, a short 600m run. A remote operator supervises and can intervene if necessary. At its launch, this marked the first SAE Level 4 autonomous shuttle service on public roads in Europe.

EasyMile shuttles are also at work at the ArianeGroup industrial site west of Paris, transporting staff and visitors around the large industrial complex, which manufactures rockets. This represents a more complex operating environment, covering 92 hectares and including road and pedestrian traffic, roundabouts, intersections and parking areas.

The company scored another coup with Belgian Centerparcs site Terhills Resort for a project worth €4m (US$3.8m) and potentially running for ten years. Notably, EasyMile itself is only eight years old. The vehicles are replacing a fleet of existing manned 12m buses that operate on the site. According to EasyMile there is nothing quite like this deployment on the market so far.