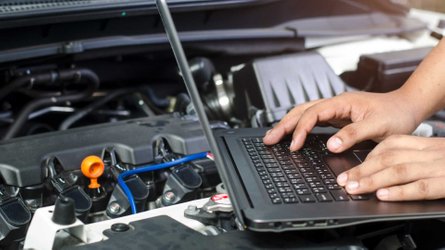 Amid the pomp and circumstance surrounding the 2020 US presidential election was a small but notable measure that passed in Massachusetts. On November 3, the state overwhelmingly passed an update to its landmark 2013 “right to repair” law guaranteeing vehicle owners and independent shops the same access to vehicle data that automakers have. The 2020 update expanded the law to specifically include telematics transmitted wirelessly.

Apparently that didn’t sit well with some folks, as Automotive News reports a federal lawsuit is now in the works regarding the expanded law. The suit was filed late last week in the US District Court for the District of Massachusetts by the Alliance for Automotive Innovation, a group that lists numerous automakers in its membership including Ford, Honda, Fiat Chrysler Automobiles, General Motors, and Toyota to name a few.

According to Automotive News, the suit seeks to overturn the measure on the grounds of it being unconstitutional and in conflict with federal laws. The details of the conflict aren’t readily clear, however, the alliance allegedly states the updated law would make personal driving data open to third parties without any “safeguards to protect core vehicle functions and consumers’ private information or physical safety.”

The updated law is slated to go into effect on December 3. It closes a loophole in the existing law that left the question of wireless telematics open-ended. Such data is typically transmitted to OEMs and can include a range of information on vehicle functionality. It can also contain real-time driving data as well as GPS information. One of the arguments against the updated law is that, by making this data available to customers and independent shops, it could be used by nefarious parties to stalk individuals for a variety of criminal purposes. In the hands of OEMs, such data is apparently protected and safe from hacking.

Tata Gravitas SUV prices to be announced by early 2021