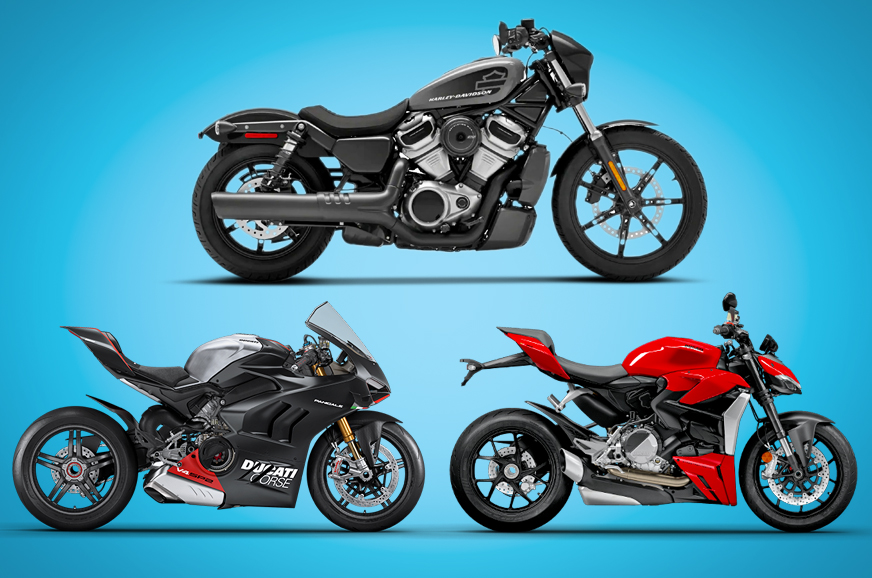 August will see new launches from established brands like Royal Enfield and Hero, as well as new entrants to the Indian market like Zontes and Moto Morini.

The month of August will see a flurry of launches from long-standing manufacturers, as well as some new entrants making their way to the Indian two-wheeler marketplace. Here’s a list of bikes you can expect to launch this month.

Set to be launched on August 7, the Hunter 350 is the biggest launch slated for August. It is also likely to be one of the most accessible REs you’ll be able to get your hands on. Upon its launch, the Hunter will be the lightest Royal Enfield in the bike maker’s current line-up, tipping the scales at just 180kg. Underpinning the Hunter 350 will be the same J-series engine as seen on the Meteor and the Classic 350, making the same peak output figures of 20.2hp and 27Nm. Couple that with its lighter kerb weight and the Hunter promises to deliver peppier performance than its siblings. It will significantly undercut them as well, as it’s expected to be priced around Rs 1.5 lakh-1.6 lakh. It will most likely be positioned as the entry-level Royal Enfield.

Speaking of accessible Royal Enfields, the long-standing Bullet 350 might be launched in a revamped avatar as well. The Bullet 350 is currently the entry point to Enfield’s line-up, being the only one to feature the previous-gen UCE motor. When the next-gen Bullet 350 is launched, sporting underpinnings from the J-platform, expect it to get more modern componentry as well as more features like the optional Tripper navigation pod. Considering the significant upgrade that it’s likely to receive, expect the price tag to go up as well, hovering around the Rs 1.7 lakh mark.

Hero appears to be gearing up to launch an updated Xpulse 200T, which could sport the new 4V engine. The 200T is the more road-focused version of Hero’s capable little off-roader and runs on 17-inch cast alloy wheels. While the 4V engine was made available on the Xpulse 200 last year, the 200T was sold only with the old 2V engine. The updated version will likely get mild visual tweaks such as fork gaiters, a repositioned headlamp as well as a new colour scheme. With these changes, expect a hike over its existing Rs 1.24 lakh price tag.

Apart from its launch date of August 8, not much is known about the upcoming addition to Honda’s BigWing line-up in India. There are a few different directions in which Honda could go with this product. Honda could update the CB500X, which is currently on sale in India, with a USD front fork and twin disc brakes at the front (an update the model received last year internationally). Alternatively, one of the other models from its global 500cc range could make its way here. The launch of the Forza 350 maxi-scooter could be another likelihood, with more manufacturers warming up to the idea of large-capacity scooters in recent times.

Both these brands have tied up with AARI (Adishwar Auto Ride India) for their Indian operations, the same organisation that distributed Benelli and Keeway models in India. While Zontes has five motorcycles planned for India, all based on the same 350cc single-cylinder platform, Moto Morini intends to bring in four models to the country, all based on the company’s 650cc twin-cylinder platform.

At the time of its launch, Keeway had expressed its intention to bring a total of eight products to India in the span of one year. The first three have debuted and August will see the launch of the next one. We have already reviewed two Keeway offerings, the Vieste 300 maxi-scooter and the neo-retro Sixties 300i.

Harley-Davidson updated its long-standing Sportster line of bikes last year by introducing the all-new Sportster S, which featured underpinnings from the Pan America 1250 – the first ADV bike from a brand synonymous with cruisers. The new Nightster is set to be the more accessible sibling to the Sportster S, which is currently priced at Rs 16.51 lakh. Powering the Nightster is an 89hp, 95Nm, 975cc Revolution Max engine derived from its bigger stablemates. Expect the new Nightster to significantly undercut the Sportster S when it is launched.

Essentially a Panigale V2 sans fairings (much like the Streetfighter V4/Panigale V4), the Streetfighter V2 offers nearly all the performance of its fully-faired sibling paired to a less punishing riding position. Powering the ‘smaller’ Streetfighter is the same Euro-5/BS6 compliant 955cc Superquadro L-Twin engine making 153hp at 10,750rpm and 101.4Nm of torque at 9,000rpm (figures very close to the recently-launched Rs 13.61 lakh Suzuki Katana). As is expected from the Bologna-based manufacturer, top-shelf componentry in the form of a fully-adjustable suspension and Brembo brakes at both ends, as well as a comprehensive suite of electronic rider aids, are on offer. When it is launched, expect it to undercut its fully-faired sibling, the Panigale V2, which currently sets you back by Rs 19.49 lakh.

Never one to rest on its laurels, Ducati has updated its flagship superbike, the Panigale V4, incrementally. Ducati says this is in line with its competition-spec machines which too are updated year after year. Rider aids like the quickshifter and engine brake control have revised programming and the cooling system has been optimised to help reduce heat build-up after a spirited ride or blisteringly quick session on track (particularly useful in our torrid summers). These updates are available to existing owners of the MY22 Ducati Panigale V4 as well. When launched, expect the MY2023 bikes to carry a slight bump in price over the standard Panigale V4 (Rs 23.50 lakh) and the V4S (Rs 28.40 lakh).

The Panigale V4 SP2 carries forward all the updates that the MY22 Panigale V4 range received and adds a dollop of exquisite components and exclusivity. The Panigale SP2 makes a colossal 215.5hp and 123.6Nm from its 1103cc Desmosedici Stradale engine, while tipping the scales at 194.5kg (1kg lighter than the V4S). Equipment like a STM-EVO dry clutch, Stylema R calipers, carbon-fibre wheels and electronically-adjustable Ohlins suspension are offered on this limited edition model as standard. Like the SP version before it, this SP2 model will also be available in extremely limited numbers with an exorbitant price tag to boot.

Which of the aforementioned bikes are you looking forward to the most? Let us know in the comments section below.

GMC Dealers in Alabama: 5 Questions to Ask Before You Buy