Are shaft-driven BMW electric bikes on the way?

Recent design patents show that BMW Motorrad is working on a layout for its upcoming electric motorcycles that features a longitudinallymounted electric motor and a shaft drive system.

We recently came across spy shots of the upcoming BMW CE 04 electric scooter being tested, and like the concept it’s based on, it seems to feature a motor that’s transversely-mounted in the middle of the scooter, with power then sent to the rear wheel via a belt-drive system. It now seems that BMW is also working on another powertrain layout for its higher-powered electric two-wheelers, with recent patent drawings showing a longitudinally-mounted motor linked to a shaft-drive system. 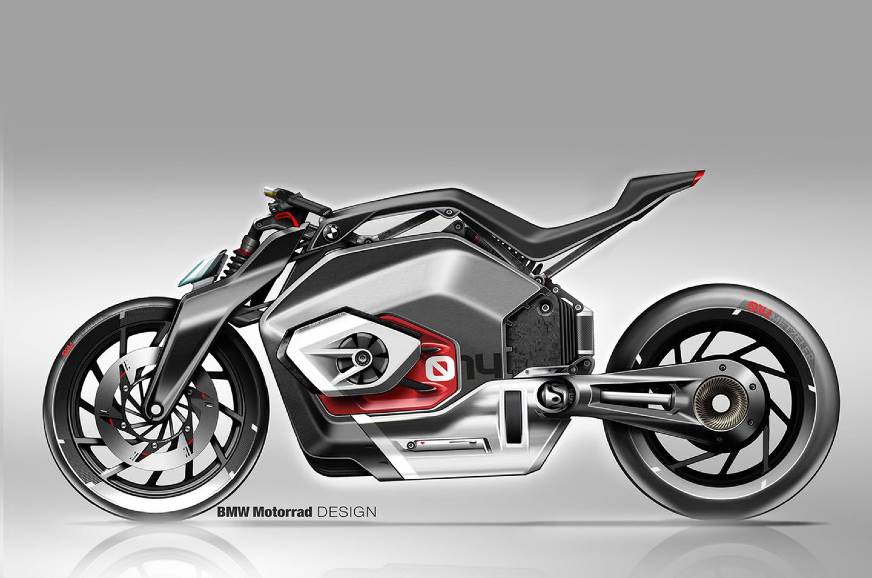 This would be in-line with a large chunk of the company’s petrol-powered lineup, which features a longitudinally-mounted boxer twin engine and a shaft-drive system. It’s also exactly the sort of layout that BMW implemented on its Vision DC concept as well as its E-Power Roadster prototype, both of which hint at the direction that the company will take for its high-power electric motorcycles in the future.

But the use of a shaft-drive system isn’t just for the sake of heritage, it does seem to have some merits. The design uses an intermediate shaft between the motor and the final drive shaft, with CV joints at both ends. These are ‘constant-velocity’ joints (labelled ‘30’ in the first image above) used to couple two shafts that aren’t in straight alignment – the sort of thing you see at either end of a propeller shaft underneath a truck. This would allow BMW more flexibility in terms of motor placement, possibly allowing it to build a more compact motorcycle. The layout also allows for the neat integration of a planetary geartrain just behind the motor, to reduce output shaft speed, as shown in the patent drawings.