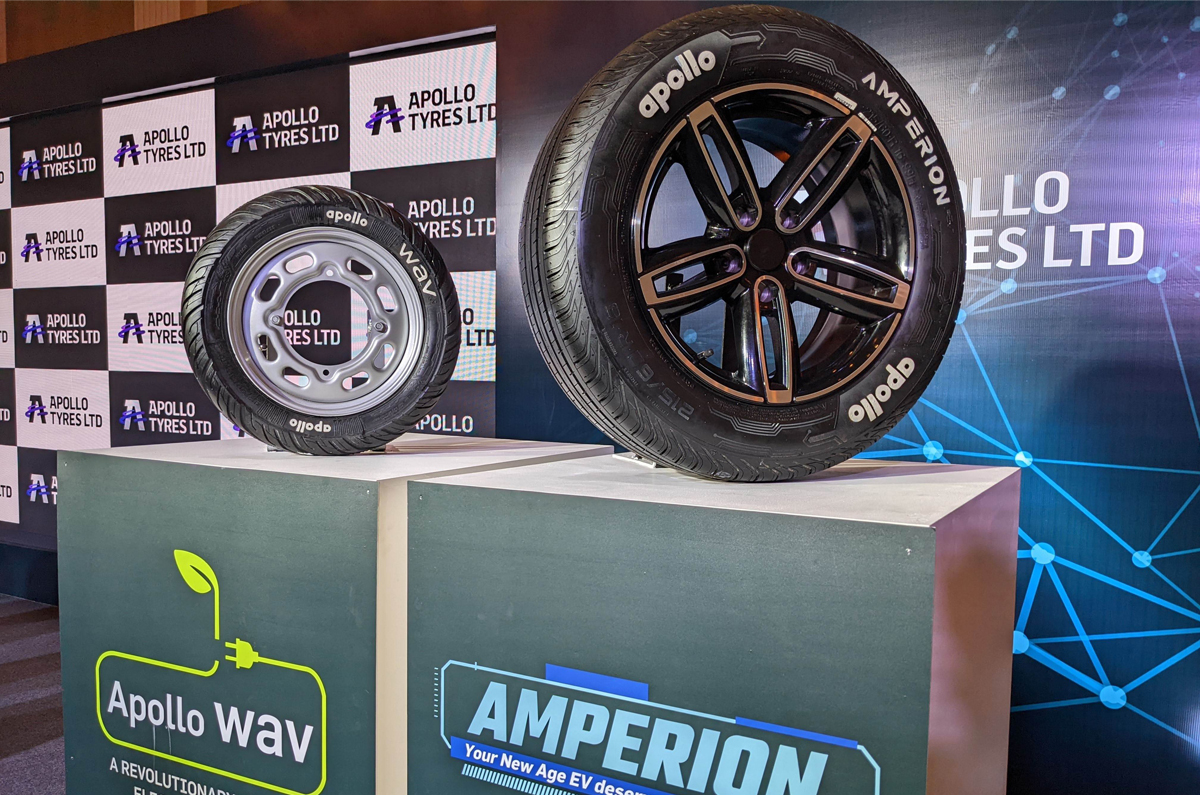 Apollo Tyres has launched new EV-specific tyre ranges in India under two new sub-brands –Amperion and Wav. The Apollo Amperion is dedicated to electric passenger cars, while the Apollo Wav range is targeted at electric two-wheelers.

Apollo Amperion: to enhance EV range by up to 8 percent

Apollo Tyres claims Amperion will enhance the range of the EV by up to 8 percent, owing to the special functionalised resin compound that offers better grip to handle instant torque application in case of EVs, as well as reduces rolling resistance. The tyres are also being claimed to offer high durability and withstand prolonged high load from the weight of the EV battery. The sidewall profile on the Apollo Amperion range is also recessed to lower the aerodynamic drag, therefore, achieving reduced resistance while rolling on the road.

The Apollo Wav two-wheeler tyre range, currently targeted at the likes of the Ather 450X, TVS iQube and Bajaj Chetak e-scooters, also features specialised design to offer low rolling resistance, as well as high traction to resist the initial torque in an EV. The company plans to develop EV tyres for motorcycles in the next phase once there are more electric motorcycle options in the market.

While the exact pricing hasn’t been revealed, the Amperion and Wav tyres will be available for a 5 percent premium over the comparable tyres from Apollo’s range for combustion engine-powered vehicles. The company will retail tyres from its widespread dealer and distribution network in India, and will also eye direct-OEM supplies for existing EV models like the Tata Nexon EV, and MG ZS EV, as well as upcoming EV cars.

Other tyre brands with EV-specific tyres

Apollo is, however, not the only brand with EV-specific tyres in the market right now. Ceat has its EnergyDrive range of tyres that’s specifically meant for electric four wheelers, while JK tyres has the Ranger HPE tyres for electric trucks, buses and passenger cars.

Tyres That Adjust Their Own Tread