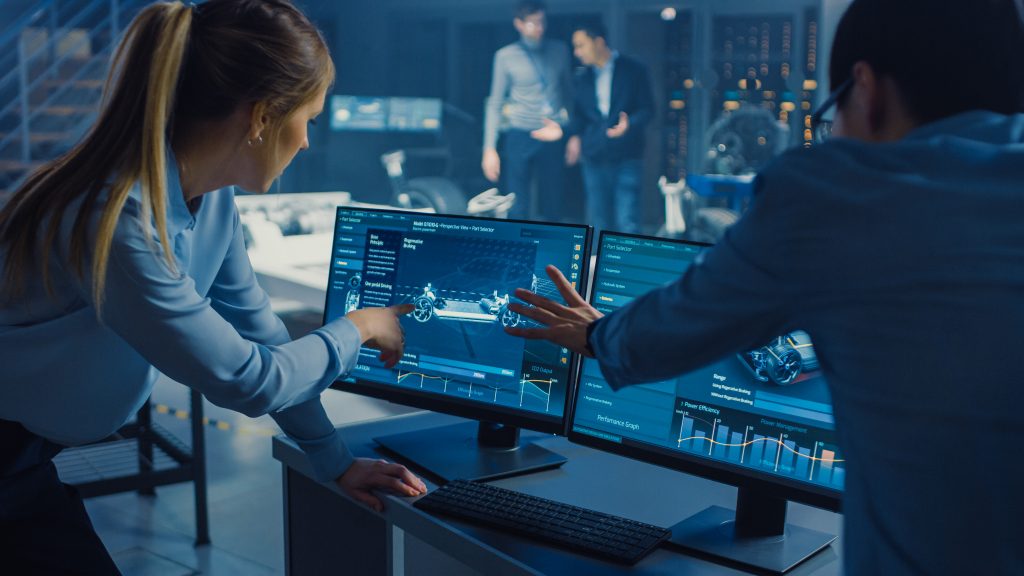 Thirty days hath June, goes the old saying. But in June of 2022, vehicle makers issued 31 recalls in the US, making for an average of more than one a day. The recalls were made by nearly all foreign and domestic automakers—from Fiat-Chrysler to Hyundai to Porsche and Lamborghini—and the individual recalls involved numbers ranging from 2.9 million vehicles, to just one, for issues from hardware integrity to software problems in vehicle computers. It was simply a typical month for automakers, which have been issuing recalls at the same pace for years now.

Is there any way out of this recurring recall dilemma? How is it that after building vehicles for nearly a century, carmakers still aren’t getting it right? But a solution, or at least a partial one, is emerging: Modern technology in the form of artificial intelligence (AI) will in the future be able to help manufacturers build better and safer vehicles, reducing the likelihood of having to issue recalls.  With advanced data analysis and machine learning, OEMs will be able to parse through large amounts of real-world data about how vehicles behave under specific driving circumstances, taking into account the impact of weather, road conditions, driver habits, wear and tear, and other factors that could impact a vehicle’s performance. While there are many challenges, including adjusting the production process and privacy concerns, OEMs should be taking more steps to incorporate this data into designing and building vehicles.

How is it that after building vehicles for nearly a century, carmakers still aren’t getting it right?

The first step is tapping into and using the Big Data collected by the plethora of sensors in modern vehicles, especially with the rise of connected autonomous and semi-autonomous vehicles. This, along with information about weather, traffic, the condition of the road itself, plus data collected by repair shops about specific physical and operational problems can offer valuable insights about vehicle function and performance. This will allow manufacturers to better understand how to avoid issues that could cause a recall. They could use this real-world data and information to help them with things like designing better parts or the best way to write or upgrade vehicle software. Eventually, automated production systems acting on the data could quickly change manufacturing processes to improve products coming off the assembly line.

And while this is a vision for the future—most cars have yet to carry the advanced array of sensors needed for this kind of analysis— intelligent AI systems are already doing such predictive preventative analysis in a wide variety of areas, from medicine to machine repair. OEMs, of course, already use some data for these purposes, but the advantage of advanced data analysis systems is that they  can engage in machine learning, honing their knowledge of what makes a vehicle work—and what can prevent it from working—to build a model that OEMs can use to help eliminate problems.

It is already clear that data analysis works. In 2012, GM used a database that tracked the parts used in its cars and collected manufacturing records from suppliers in order to track down a defective part in some of its Chevy Volt models. As a result of the investigation, GM was able to avoid a mass recall—bringing in just four Volts for service, to the approval of the NHTSA. It took a month for GM investigators to parse through the data in order to arrive at their conclusion—and in an era before the widespread deployment of sensors, apps, and other sources of data collection, at a time when AI systems were less advanced than they are now. If GM was able to limit the recall a decade ago, current technology should be sufficient to avoid the recall of tens of thousands of vehicles and save companies millions of dollars. And the data could be used to improve the manufacturing process, reducing the number of recalls in general.

In addition to that logistical challenge, a McKinsey report attributes the slow adoption of AI analysis to several factors, including the traditional culture of the car manufacturing sector, where data is often siloed; few, if any OEMs have been able to develop dedicated, cross-functional data-monetisation units that could utilise AI-produced data effectively to change production and engineering systems. OEMs also struggle to hire the talent needed for advanced data analysis, and struggle to partner with outside organisations, which is essential to really take advantage of data. In addition, OEMs would need permission from consumers, and many are just not interested in giving up data on their driving habits or vehicle condition.

Along with AI systems, OEMs would need to invest in automated systems to act on data and quickly pivot production processes to prevent production problems

However, the data that OEMs could potentially collect is too valuable to overlook and once manufacturers develop the right methods to collect and use data, they will be able to protect themselves from significant problems, and more quickly identify the design and mechanical problems that do occur. Collected data could include specifics on the condition of parts when vehicles are serviced as well as their condition after an accident or other incident. For example, if repair shops are finding that 60% of fender-benders result in a broken passenger-side mirror, it could indicate that the way the vehicle is built makes it more conducive to such damage.

Manufacturers can also use this data-driven design approach to increase consumer faith. Research shows that large or highly publicised recalls harm sales not only of a specific OEM nameplate, but even vehicles manufactured by their competitors in the same country; a Suzuki recall, for example, will affect sales by Subaru as well. By pinpointing problems and remediating them before a mass recall is required, OEMs can show consumers that their quality control is good enough to catch and fix problems before they get out of hand. And in addition, it increases brand confidence among consumers in the used car market, dispelling ongoing concerns among buyers that dealers don’t always ship recalled cars back to the manufacturer, but instead try to sell them as used vehicles.

Big Data has had a big impact on dozens of industries, and it’s time OEMs used Big Data to improve the manufacturing process, as well as increase consumer confidence in their brands. Fortunately for them, much of the data they need to analyse is already being collected and used for various purposes; all they need to do now is incorporate it into the production process, and implement systems to quickly act on it. Why not use that to save themselves —and consumers—the trouble of having to deal with recalls, and ultimately produce better and safer vehicles?

About the author: Ron Soreanu is Vice President of Operations at Ravin AI