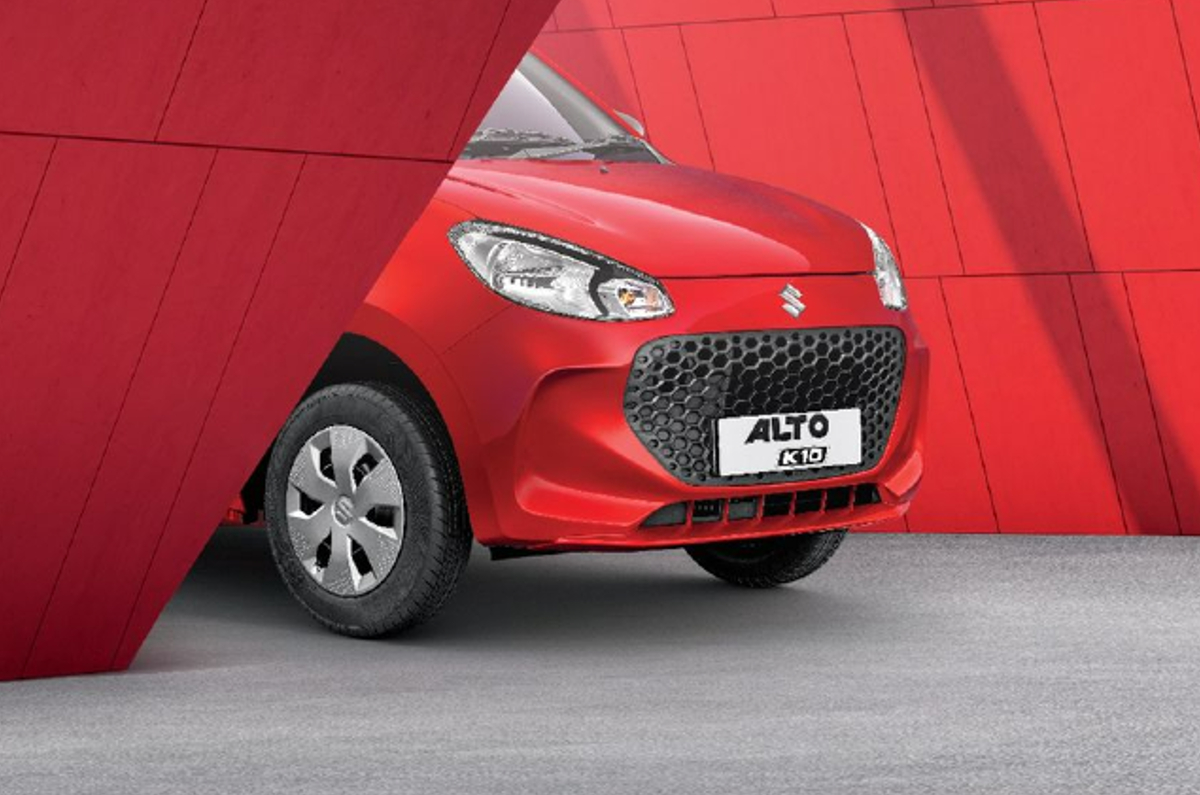 The Alto K10, which is likely to launch on August 18, will be sold alongside the Alto 800.

Maruti Suzuki has opened bookings for the new Alto K10, with a launch slated for August 18. Customers can either book the budget hatchback online or through Maruti Suzuki Arena dealerships, with a booking amount set at Rs 11,000. Deliveries are set to follow later.

At the front, the new Alto K10 sports a rounded design with sweptback headlamps and a hexagonal pattern on the grille. Previously leaked images suggest that Maruti Suzuki may offer a wide variety of accessories, as is the case with other models in the line-up.

In profile, the new Alto K10 has a traditional glasshouse and a prominent shoulder line, and, like the Celerio, will also feature lift-up door handles. It may also get alloy wheels as a dealer-level accessory. The rear end is very similar to the Celerio at first glance, however, the design details of the tail-lights, rear hatch and bumpers differentiate the two.

The new Alto K10 gets an upright dashboard design, with the touchscreen infotainment system being the key highlight. It also gets window switches on the dashboard and may miss out on steering-mounted controls. Expected features and safety equipment include Apple CarPlay, Android Auto, ABS, dual front airbags, and ESP.

Based on Maruti Suzuki’s Heartect platform, the new Alto K10 will get the carmaker’s 67hp, 1.0-litre K10C petrol engine that was recently added to the updated S-Presso. The current 48hp, 0.8-litre engine will be reserved for the existing Alto 800 for the time being. When launched, the Alto K10 will only rival the Renault Kwid.

Discounts of up to Rs 49,000 on Maruti Suzuki Celerio, Wagon R, Alto in August

Bad credit car leasing: how to lease with a poor credit rating